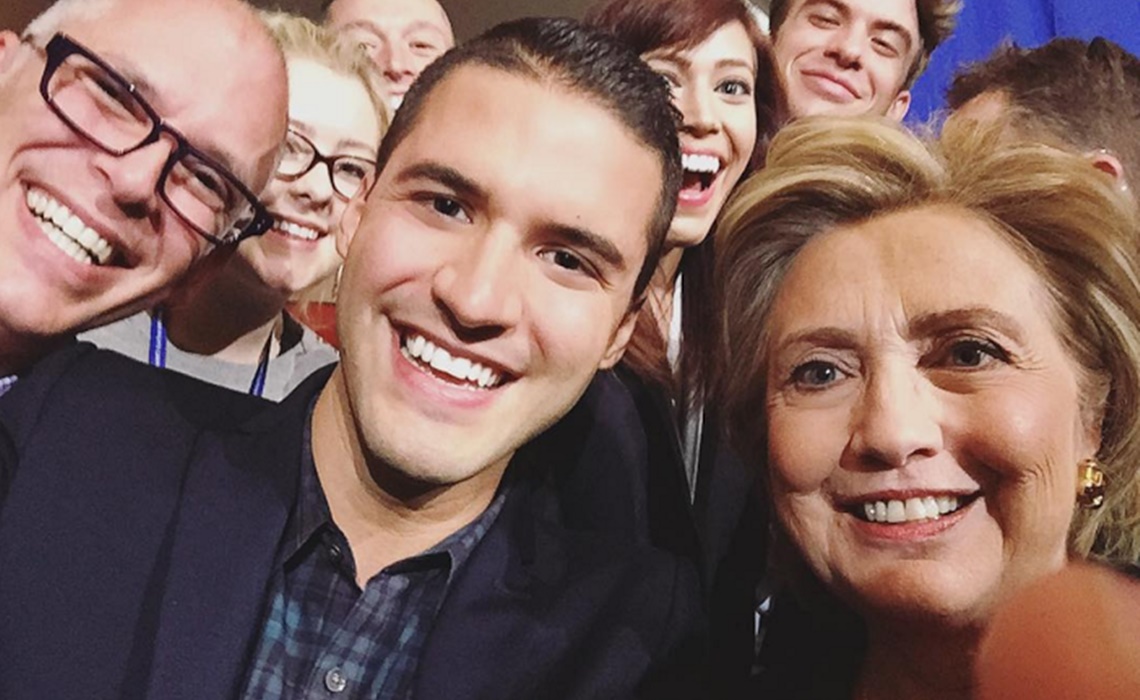 More so than any other presidential candidate, Hillary Clinton has utilized YouTube as a potent tool for attracting young voters. She has sat for interviews with digital outlets, fielded questions from YouTube stars, and followed notable creators on her official Twitter account. In her campaign’s latest overture to the online video community, it gave vlogger Raymond Braun a chance to go behind-the-scenes as the former First Lady, Senator, and Secretary of State toured South Carolina.

Braun runs his own channel, but he’s best known as the engineer of YouTube’s #ProudToLove campaign, which celebrated the wealth of LGBT content creators on the site. He’s also a former Clinton intern who worked on her staff during her 2008 presidential run. Eight years later, he reached out to her team in hopes of vlogging about it, and he ultimately received special access to her campaign as it rolled through the Palmetto State.

With his video, Braun hopes to educate his viewers about political process while simultaneously inspiring them to provide their own coverage of the upcoming election. To that end, he approached the Clinton campaign from multiple angles: He shadowed staffers as they canvased within local neighborhoods, attended a rally, and gathered footage from the January 17th Democratic primary debate, which was streamed live on YouTube and gave several of the site’s content creators a chance to ask their own questions to the candidates.

While some viewers (including a few Bernie Sanders supporters) have hurled dislikes at Braun’s video, the vlogger is standing behind his favorite candidate. Here’s what he had to say about her in an email to Tubefilter:

“I’ve been really impressed by how her campaign embraces social media and digital engagement. I think they’ve shown a nuanced, respectful understanding of the YouTube community and understand the power of YouTubers. The campaign’s digital team is structured like a media company and includes veterans from Maker Studios and Upworthy who really understand the value of social video. In my opinion, Hillary Clinton is the only candidate to meaningfully engage with YouTube creators and provide opportunities for YouTubers to get involved with the campaign in an official capacity. I love that.”

At the same time, Braun hopes his video will “open a conversation” about the current political state of the union. For his part, he invited viewers to “stay tuned” as he continues to vlog about the Clinton campaign.