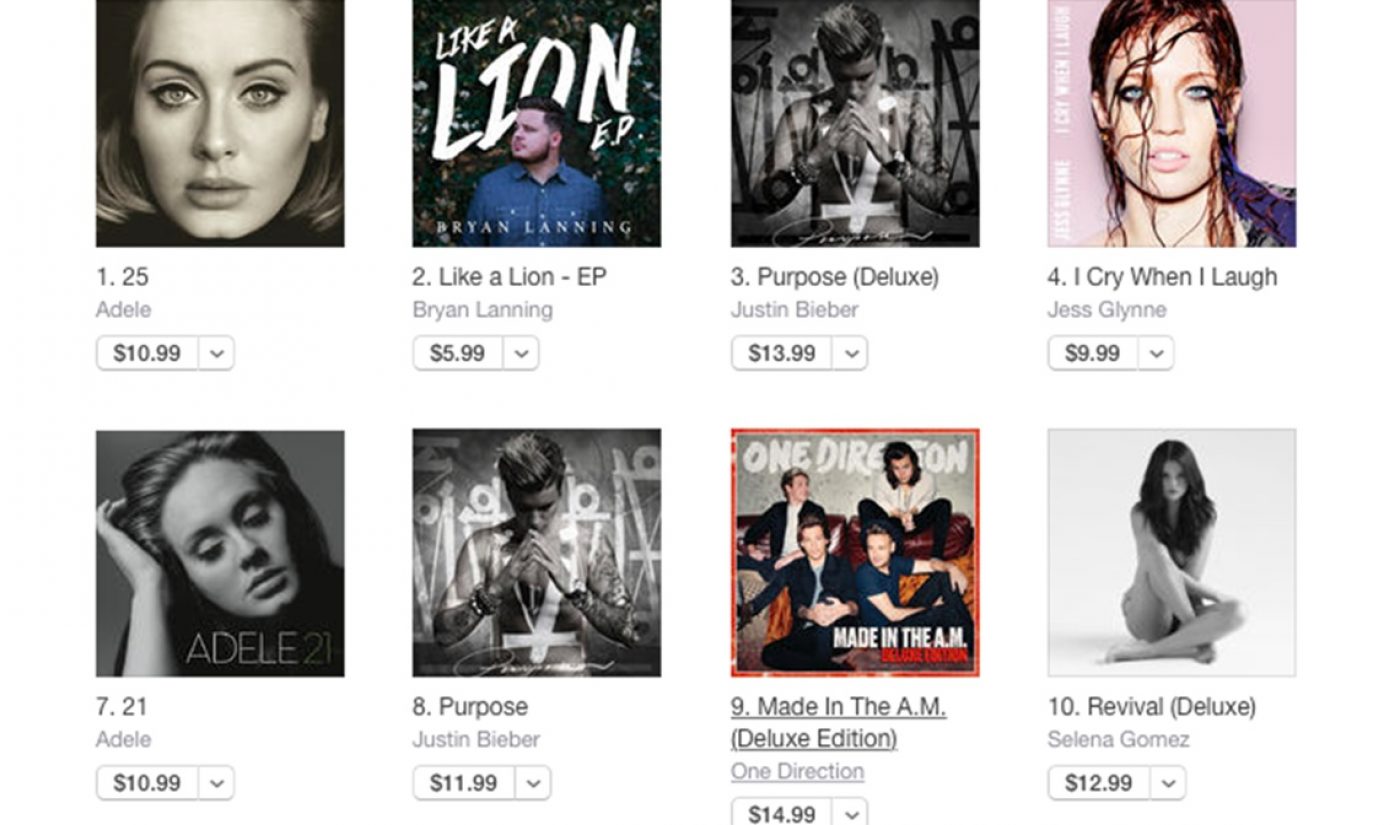 A man best known for being a loving husband and father has demonstrated that he has significant musical ability as well. Bryan Lanning, who is the father of the YouTube family channel Daily Bumps, has reached the upper echelon of the iTunes pop charts thanks to the big sales numbers posted by his debut album, Like A Lion.

Like A Lion is a five-track EP that demonstrates Lanning’s vocal abilities. In the months leading up to its release, on his personal YouTube channel, he released several music videos for the album’s songs, including one for its title track.

After the album’s release, it quickly soared up the iTunes pop album charts, where Lanning’s name appears next to some of the world’s biggest musical acts. In the above screenshot, the only album above his is Adele’s 25, and he is ahead of the most recent releases from superstars like Justin Bieber and One Direction.

Lanning owes much of Like A Lion’s success to his status as one-quarter of the Daily Bumps, a Southern California family of four that vlogs its adventures on a popular YouTube channel. The Lanning family has more than one million subscribers, and many of those fans have showed their support for Bryan’s album. Just two days after the release of Like A Lion, it already has more than a thousand ratings on iTunes, and the vast majority of them are positive.

Like A Lion retails for $5.99. Its individual tracks are also available for a la carte purchase.