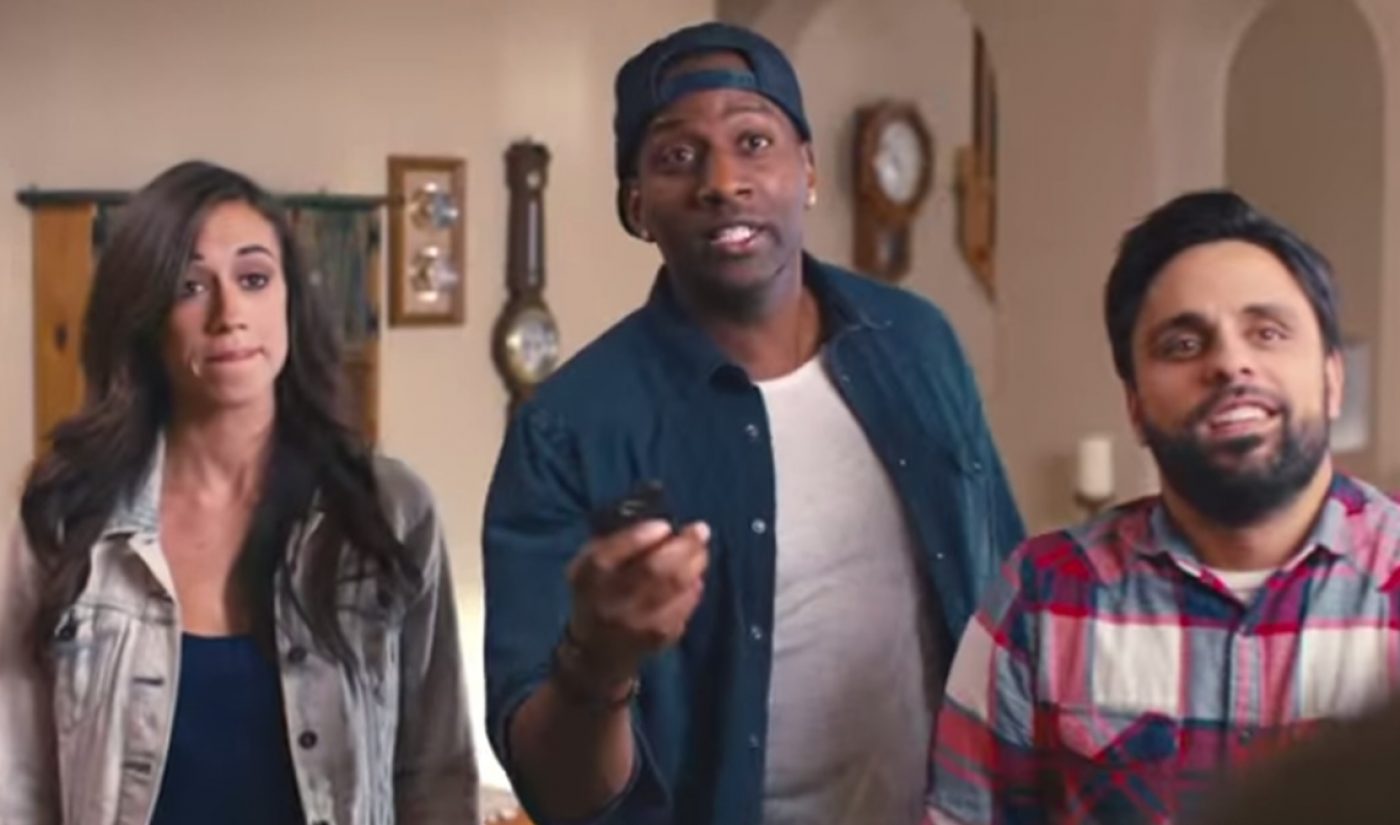 Among the plethora of ads that will arrive online ahead of this year’s Super Bowl, we can expect some collaborations between brands and social media stars. One of the series that falls into that category is DiGiorno’s Make the Right Call campaign, which pairs digital personalities Colleen Evans, DeStorm, and Ray William Johnson with NFL star Clay Matthews.

Each of the three participating online video stars appears in his or her own commercial within the Make the Right Call campaign. In each video, the featured creator manages to annoy Matthews with a bit of irksome behavior. We then fast-forward to the “right call,” in which Matthews gets his way and DiGiorno pizza ascends to a starring role. A longer, 30-second spot features all three creators alongside the Green Bay Packers linebacker.

Make the Right Call certainly won’t be the best bit of branded content we see over the next month, but it’s been undeniably effective so far. In particular, Evans’ fans have flocked to the videos to leave supportive comments for her. If you want to know why brands are so excited to work with social media stars, look no further than comments like “The only reason I clicked on this was for Colleen.”