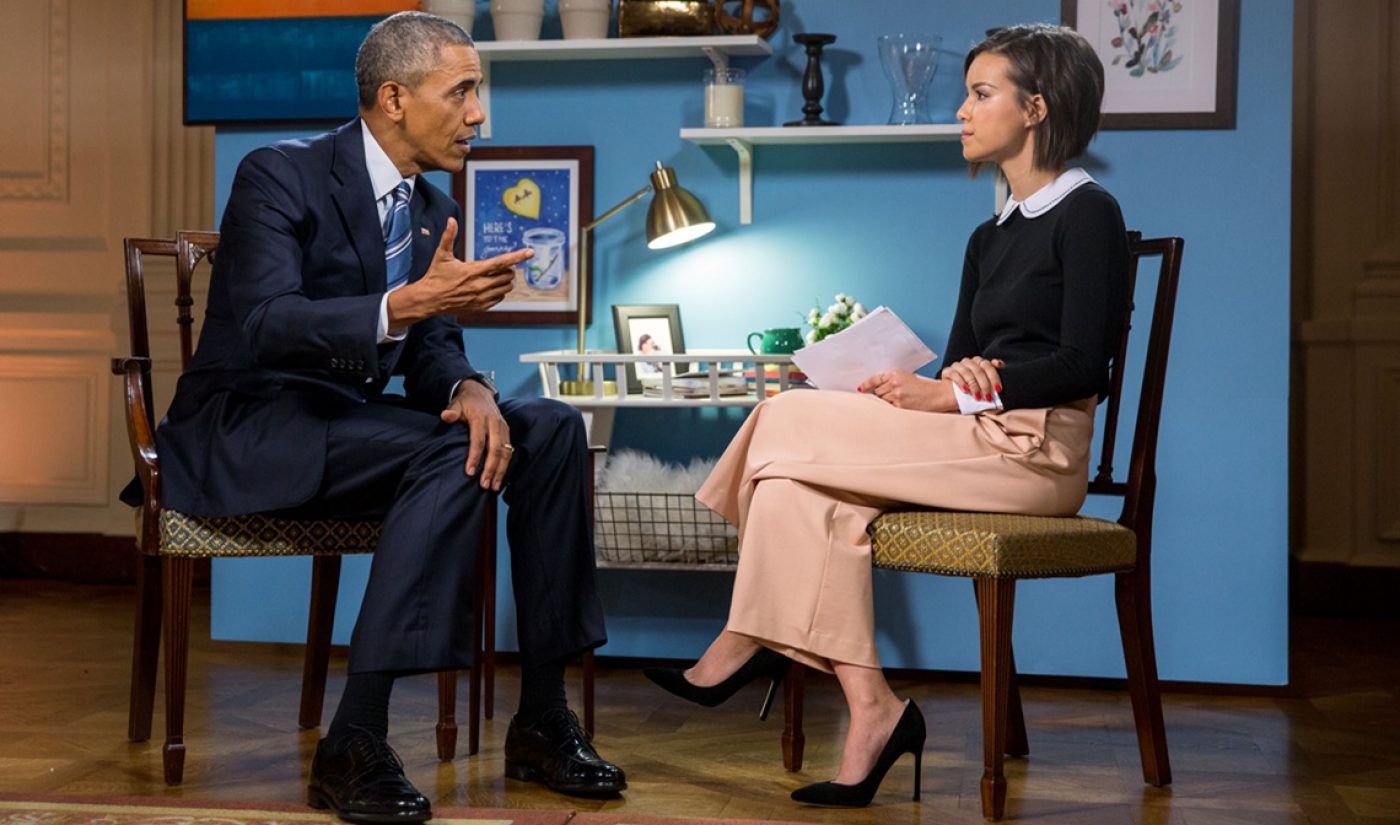 For the second straight year, a trio of YouTube stars sat down with President Barack Obama for a candid and relatively informal interview series that covered a broad range of issues. This year’s lucky interviewers were Adande “Swoozie” Thorne, Destin Sandlin of Smarter Every Day, and Ingrid “MissGlamorazzi” Nilsen, and their presidential chats have drawn quite a large audience. An on-demand version of the interview has drawn more than one million views on the White House YouTube channel, and several of the topics discussed within the video have sparked conversation online.

As with YouTube’s first presidential interview, the 2016 edition varied widely in terms of the topics it touched upon. Thorne, Sandlin, and Nilsen gave President Obama a chance to restate well-tread talking points about minimum wage, gun control, and the tenor of political discourse in America, but they also brought up a few lesser-known issues. The deepest cut within the interview came from Nilsen, who asked the President why 40 states tax tampons and pads as luxury goods. In response, he admitted that he had not heard about that policy before the fashionable YouTube star brought it up.

In the end, the YouTube community can pat itself on the back and claim another successful discussion with the President. Not every question was hard-hitting, and not every answer was insightful, but Thorne, Sandlin, and Nilsen generated plenty of honest discourse from their leader. They also got a federal opinion on the proper arrangement of dog pants, so I think it’s time the Internet put that particular discussion to bed.

More information about the interview can be found on the White House website, where a 360-degree photo featuring President Obama and his three interviewers is also available.