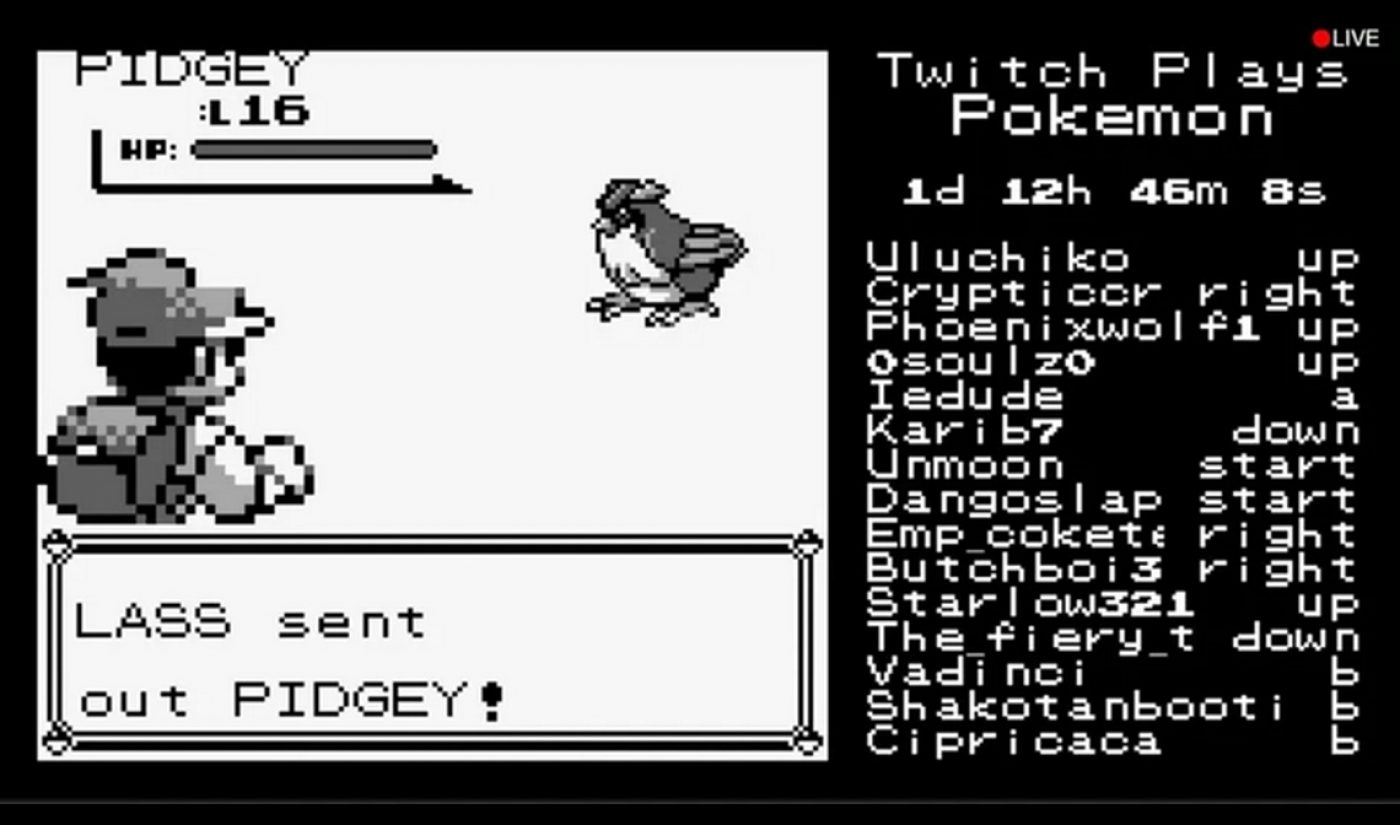 In 2014, Twitch Plays Pokemon created a new genre of interactive video by giving thousands of Twitch viewers the opportunity to collectively (and chaotically) control a single Pokemon character. The stream scored millions of views before Twitch users finally managed to beat the game, and since then, chat-controlled videos have emerged as an amusing niche category. Old Spice, for example, used the Twitch Plays Pokemon conceit for a branded campaign, and developer Studio Bean created a game called Choice Chamber that allows viewers to spawn weapons and power-ups.

The Twitch Plays phenomenon has become so widespread that Twitch has now spun it off into its own section. The platform has launched a landing page for Twitch Plays videos, where viewers can find plenty of new, interactive streams they can participate in.

The streams within the new category are an interesting bunch. The homepage of Twitch Plays Pokemon is there, but the Twitch Plays concept has also been applied to many more games. One choice is Demons’ Souls, a game infamous for its difficulty. It’s hard to imagine that Twitch chat, which struggled with a basic Pokemon game, will ever make it through that one. Other options include a chat-controlled claw game and the latest interactive project from Studio Bean, titled CityStream.

“Ever since the infamous TPP event shook the world back in February 2014, we’ve had tons of fascinating adaptations of the Twitch Plays concept, and we’re now excited to [finally] feature them all in one place,” reads a Twitch blog post. It also notes that the first 2016 run of Twitch Plays Pokemon will occur on February 14th, so if you’d like to experience some Valentine’s Day chaos, be sure to mark your calendar.