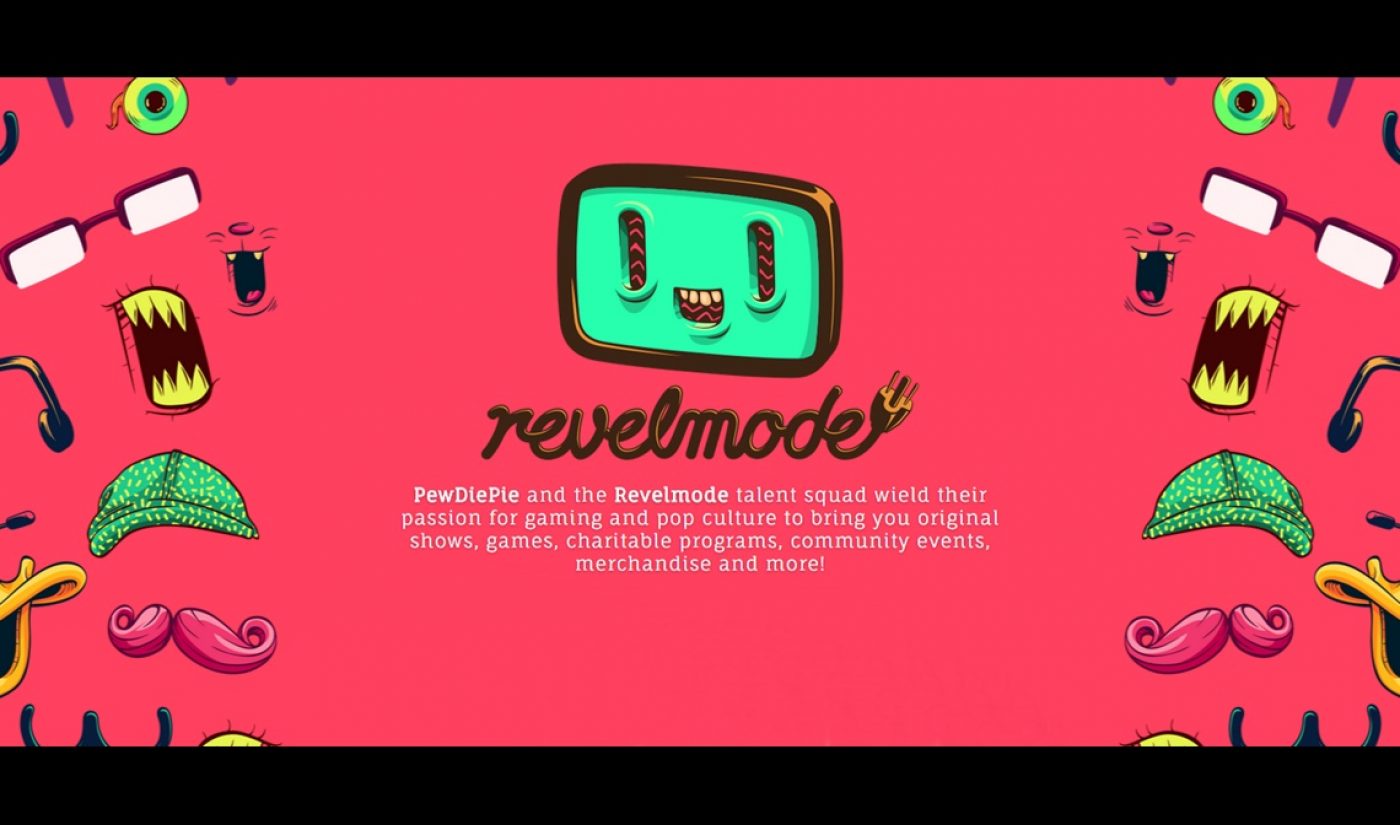 With more than 41 million subscribers, Felix “PewDiePie” Kjellberg is YouTube’s most popular draw, and with his latest move, he is creating a gathering place for his fans. The Swedish gamer has teamed up with his partner network, Maker Studios, to launch Revelmode, a new sub-network that will focus on gaming, pop culture, charity, and more.

While PewDiePie will be the figure at the center of Revelmode, the network touts a lineup chock-full of YouTube talent. Some of the featured creators, such as CinnamonToastKen and CutiePieMarzia, are known for appearing alongside PewDiePie in his videos. Others, such as Dodger and Markiplier, are PewDiePie’s network-mates at Maker Studios and its gaming sub-community, Polaris. JackSepticEye, Jelly, Emma Blackery, and Kwebbelkop round out Revelmode’s launch roster, with more creators likely to join the fun in the future.

For PewDiePie, Revelmode will be a place where he can explore his passions, both within the gaming world and beyond. “The idea of Revelmode was built from my own experiences and will aim to bring together an Avengers-like talent squad to work and grow a business together,” he said in a press release. “From my perspective, Revelmode is a shift in how talent can approach a digital company and work together for a common good. Together we will focus on creating—from one-off videos to original series to gamey games to animations, music, clothes, charity drives, and more—really anything that’s awesome in the eyes of the fans.”

PewDiePie hinted at his desire to create his own network long before the launch of Revelmode. In an October 2014 interview with Swedish magazine Icon, he suggested that he may leave Maker Studios and set out on his own path. He later walked back those comments, and he and Maker have clearly reached a happy medium. With Revelmode, he can explore his own ambitions while still maintaining his alliance with his partner network.