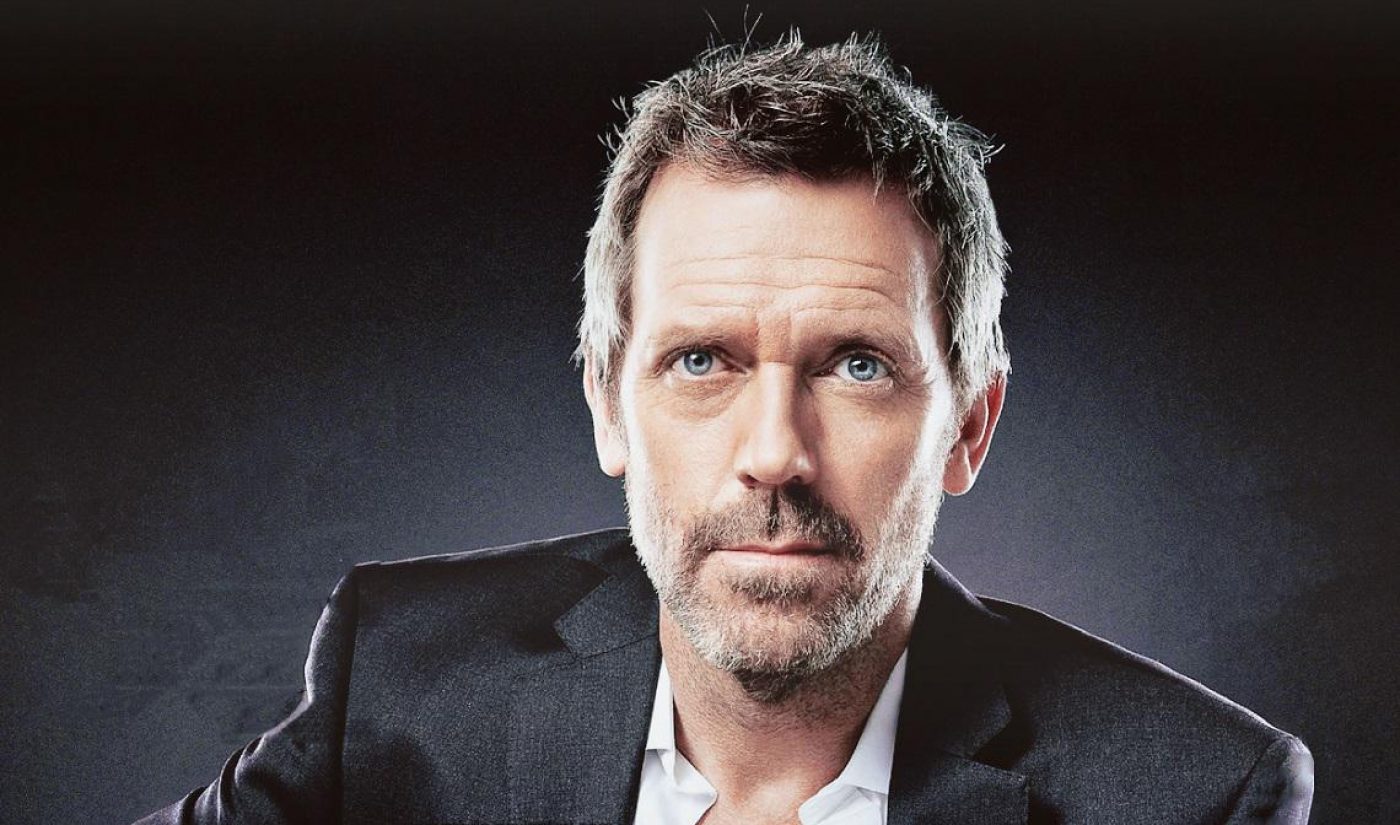 In a rather bold move, Hulu has just picked up a new original series for not one, but two seasons. The streaming video-on-demand service has ordered two ten-episode seasons of the psychological thriller series Chance, starring House alum Hugh Laurie.

Originally reported by Deadline, Chance is based on the 2014 novel Chance by Kem Nunn and features Laurie as Eldon Chance, a San Francisco-based neuropsychiatrist who “reluctantly gets sucked into a violent and dangerous world of mistaken identity, police corruption and mental illness.” After Chance makes a poor decision regarding one of his intriguing patients, the neuropsychiatrist must deal with her abusive spouse, a local police detective. As he becomes more wrapped up in San Fran’s darker secrets, Laurie’s character must also handle a difficult divorce, a teenage daughter, and the unknown recesses of the human mind.

Chance marks the first production to arrive at a streaming service for Fox 21 Studios, which is behind hit linear TV series like Showtime’s Homeland and FX’s American Crime Story. Director Lenny Abrahamson (of Room fame) is set as the series’ executive producer and will also direct several episodes. Alexandra Cunningham (who wrote the Chance script alongside Nunn), Michael London, Brian Grazer, Laurie, and Nunn will also serve as executive producers alongside Abrahamson.

Hulu’s atypical decision to order two whole seasons of the Laurie-starring Chance shows the streaming service’s dedication to making a name for itself as a key player in the original series race. While the streaming company already boasts titles like Casual and 11.22.63, neither have as of yet helped set apart Hulu as a go-to for originals like Transparent has done for Amazon or House of Cards has done for Netflix. Hulu bid against traditional TV networks for Chance, so the streaming service is placing a big bet on the success of the series to help propel its originals efforts forward.

Fox 21 TV Studios President Bert Salke told Deadline Hulu’s deal is potentially fruitful for both companies. “It’s one of the rare situations when you have a burgeoning network that is saying, ‘we are going to plant our flag with this series’,” Salke explained. “It’s also a beginning of what hopefully will be a new business for us with new partners, making this an even more exciting time for content creators.”

No release date has been announced as of yet for Chance, but Hulu will likely start production in spring of 2016 and debut the series towards the end of the year.