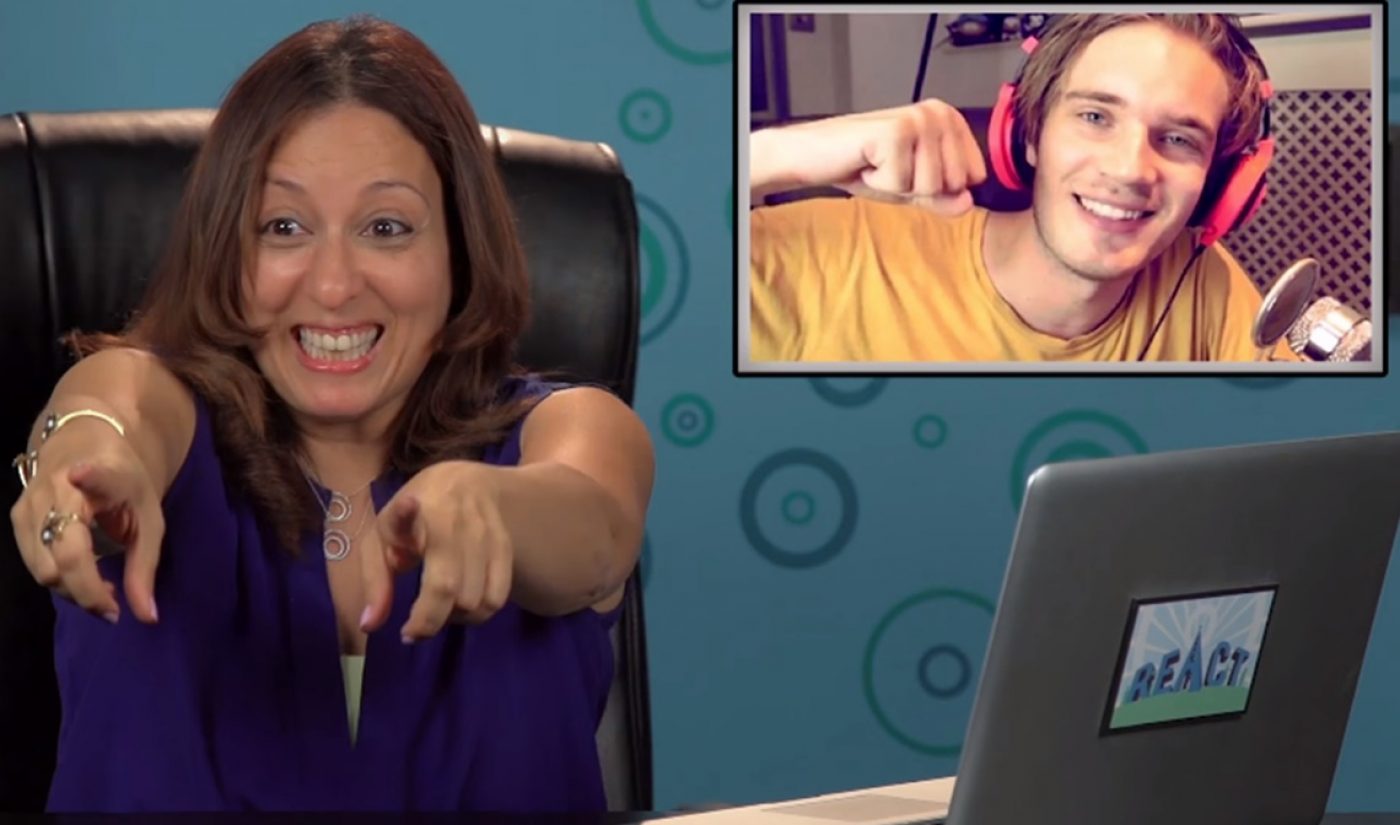 At the end of the year, The Fine Bros’ React channel served up a pop quiz. Benny and Rafi Fine presented ten parents with pictures of YouTube stars and asked them to identify the ones they know.

In quizzing their guests, Benny and Rafi Fine selected a wide cross-section of the YouTube community, ranging from makeup experts like Zoella to educators like Vsauce. In the end, all of the chosen creators left at least half of the parents stumped, and on average, only two or three parents correctly named individual stars. Tyler Oakley, whose smiling face was correctly identified by half of the participating parents, was the most-recognized creator in the field. He even drew more correct responses than PewDiePie–or, as one parent called him, “the pie one.”

A lot of The Fine Bros’ best and most-popular React episodes have asked parents and elders to watch the videos of YouTube’s biggest personalities, and the new video on the React channel sort of plays like a speed round; it’s nine different episodes wrapped into one. If you’re a fan of The Fine Bros previous work, this effort is likely to tickle your fancy as well.