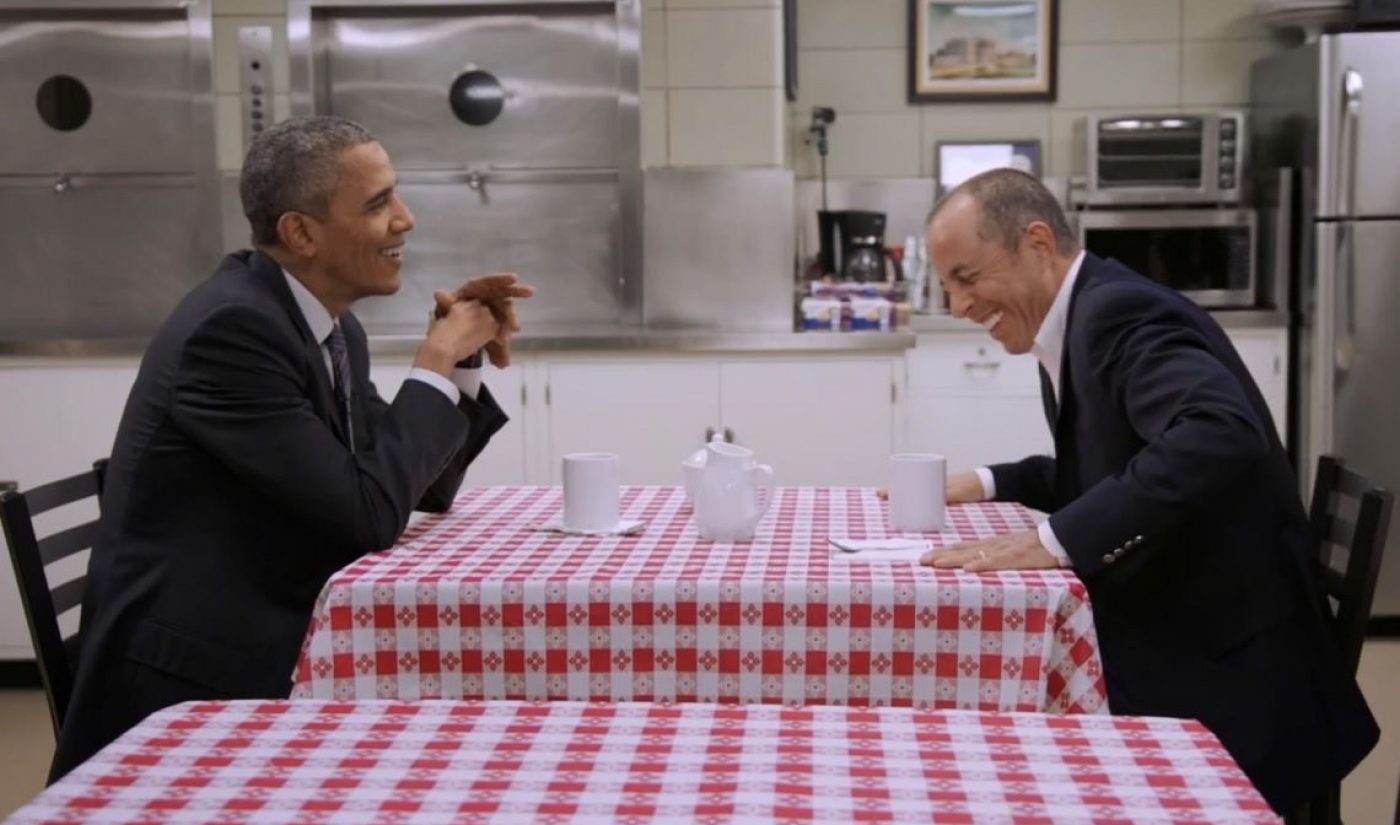 The installment starts with Seinfeld talking like a gearhead about the 1963 Chevrolet Stingray Corvette. That’s the car the comedian chose to drive around the “‘are you kidding me,’ super-special guest” on the White House grounds. After the intro, the two head inside for coffee in the kitchen, where they proceed to talk about everything from historical Presidents to the brand of underwear in Obama’s dresser.

As it turns out, Seinfeld isn’t the only one dropping laugh out loud and kinda sorta funny lines throughout the episode. For example, when the comedian asks Obama how many world leaders are out of their minds, POTUS answers, “A pretty sizeable amount.” (Which, when typed out in text, actually seems like a more terrifying line that a funny one, but still.)

Crackle originally announced the Comedians in Cars episode with POTUS on December 21, 2015. Obama marks the series’ first guest whose primary job isn’t stand-up comedy or acting. The Commander-in-Chief is also the first political figure Seinfeld has interviewed on the show. That being said, it’s a fitting episode as the 2016 election campaigns ramp up while Obama finishes out his last few months in the White House.

Future guests on season seven of Comedians in Cars Getting Coffee include comedians Will Ferrell, Steve Martin, Garry Shandling, Kathleen Madigan, and Sebastian Maniscalco. You can catch all future episodes of the series’ new season every Wednesday night on Crackle.com.