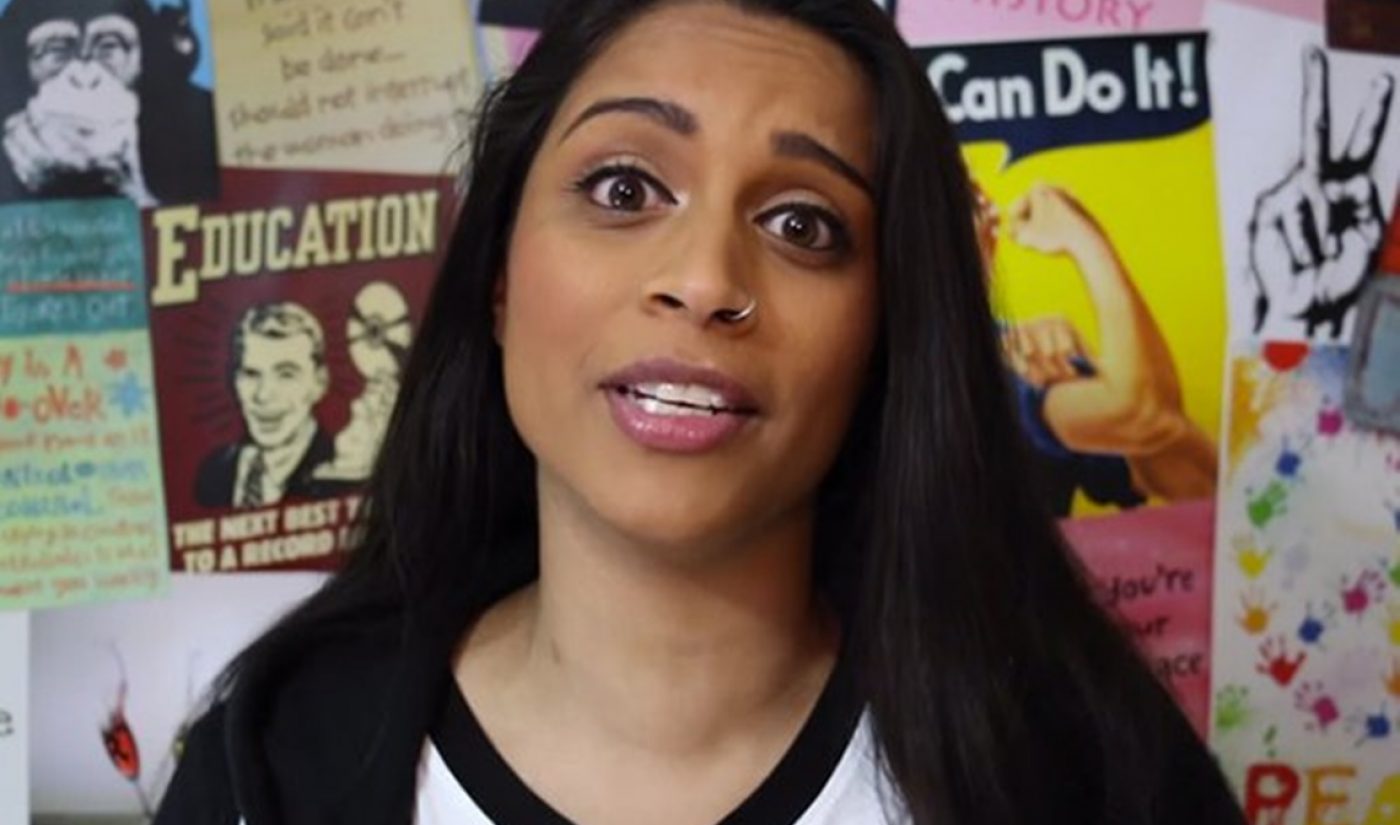 Lilly Singh has a New Year’s resolution she wants to enact, and she hopes her female fans will join her. The online video star, who has more than 7.4 million subscribers on her IISuperwomanII channel, enlisted the help of 18 other female YouTubers as she launched her #GirlLove campaign, which promotes positive interactions between women.

As Singh explains in a video introducing #GirlLove, she hopes to spread good vibes and reduce the degree to which women bully, tease, or belittle each other. “The sad reality is that girl-on-girl hate is such a big issue in schools, at work, or online,” she says, “and it never made any sense to me, because as women, we know how awesome other women can be.”

Many of Singh’s colleagues on YouTube appeared in her video to second her message. Her collaborators on this project are a diverse bunch, ranging from beauty stars like Kandee Johnson to musicians like Lindsey Stirling to comedians like Grace Helbig, Mamrie Hart, and Hannah Hart. Their combined message, however, is united: Women deserve better than to face verbal abuse from their peers.

After posting her video, Singh took her hashtag to Twitter, where it has been picked up by YouTube’s official account, Tyra Banks, and many others. The proliferation of the hashtag will bring attention to Singh’s video, and that in turn will result in a donation to charity, as Singh plans to donate all the income she gains from the video to the Malala Fund. Here’s hoping for an outpouring of love from Singh’s fans, her fellow online video creators, and the Internet community at large.