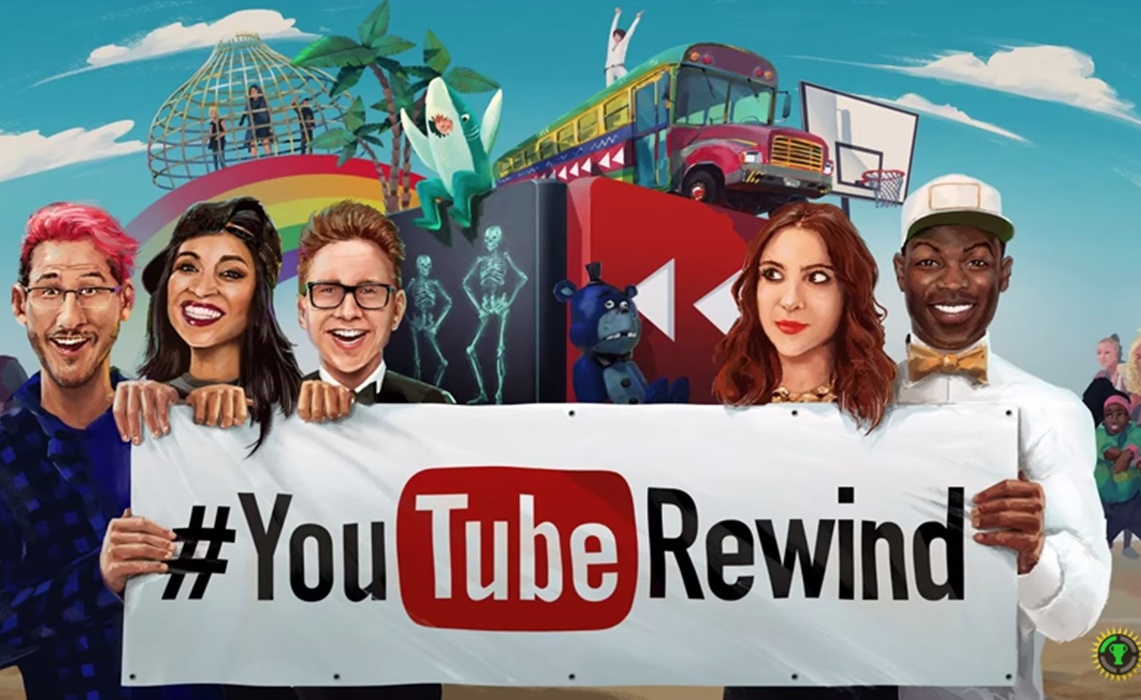 2015 is all but in the books, and as it wraps up, Matthew Patrick has delivered an “end-of-the-year meta-theory.” The man behind the Game Theorists YouTube channel has released a video in which he analyses the battle between Facebook and YouTube and predicts the future of the latter site.

When he’s not busy offering crazy theories about pop culture franchises, Patrick is an online video consultant who uses his deep knowledge of the industry to advise his fellow creators. Last December, he shared his knowledge with viewers by explaining PewDiePie’s “broken” subscription box, and 12 months later, he has returned with another theory about the state of YouTube. This time, he focuses his discussion on two projects released on the same day: The annual YouTube Rewind, and Facebook’s 2015 Year in Review.

Given their similar premises–they both recap the year that was in digital media–it would be easy to use the two projects to emphasize the growing battle between Facebook and YouTube. Patrick, however, isn’t interested in that comparison. Instead, he uses the two projects to point out the differences between the two major video platforms. Facebook, he notes, is a place where users react to the outside world, while YouTube offers a more insular experience centered around its own community. “You go to Facebook to see what people think about the huge thing that happened off of Facebook,” says Patrick in the video. “While YouTube acknowledges events in the wider world, it also has a culture all to itself that only it understands.”

The point behind Patrick’s comparison is that Facebook and YouTube aren’t necessary competitors; they serve separate cultures, or, as Patrick puts it, “two different generations.” “Just because both are websites that allow you to upload, comment on, and share videos doesn’t make them exactly the same,” he later adds. “You go to them for completely different reasons.”

Patrick could have ended his video there, but instead he chooses to take his meta-theory a step further. He suggests that, while YouTube Rewind epitomizes the site’s culture, it could soon become out-of-date. He notes a few factors, including YouTube’s increased emphasis on watch time, its compartmentalization of its top categories, and its desire to stream Hollywood movies and TV shows, that taken together forecast a shift away from YouTube’s current focus and toward a more commercial one. “Comparing the Rewinds was meant to show what makes YouTube unique and different when compared to other video platforms…but as you segregate gamers from beauty gurus or try to bring in a bunch of TV shows, step by step you slowly risk losing what makes YouTube YouTube.”

Patrick’s argument is certainly a crowd-pleaser. It appeals to creators who feel as if YouTube is increasingly catering to major media companies at the expense of its own community. At the same time, buying into his point-of-view requires some selective thinking. Patrick mentions that many of the premium programs slated for release on the subscription-based YouTube Red platform come from homegrown online video stars. To believe YouTube will be dominated by traditional media companies in 2016, as Patrick suggests could happen, requires us to ignore this constant, ongoing commitment the video site has made to its most successful creators.

It’s clear that YouTube will look different at the end of 2016 than it does now–the site’s personality changes every year–but I’m not ready to call YouTube Rewind a bygone project just yet. Next December, online video stars will still be dancing along to the year’s top memes; it just so happens that some of them will also be rubbing shoulders with Hollywood. Patrick and his fellow creators would be wise to embrace this change wherever they can. YouTube is going to look different in a few months, but that evolution will open up new opportunities for creators big and small, and smart videomakers will be able to take advantage.