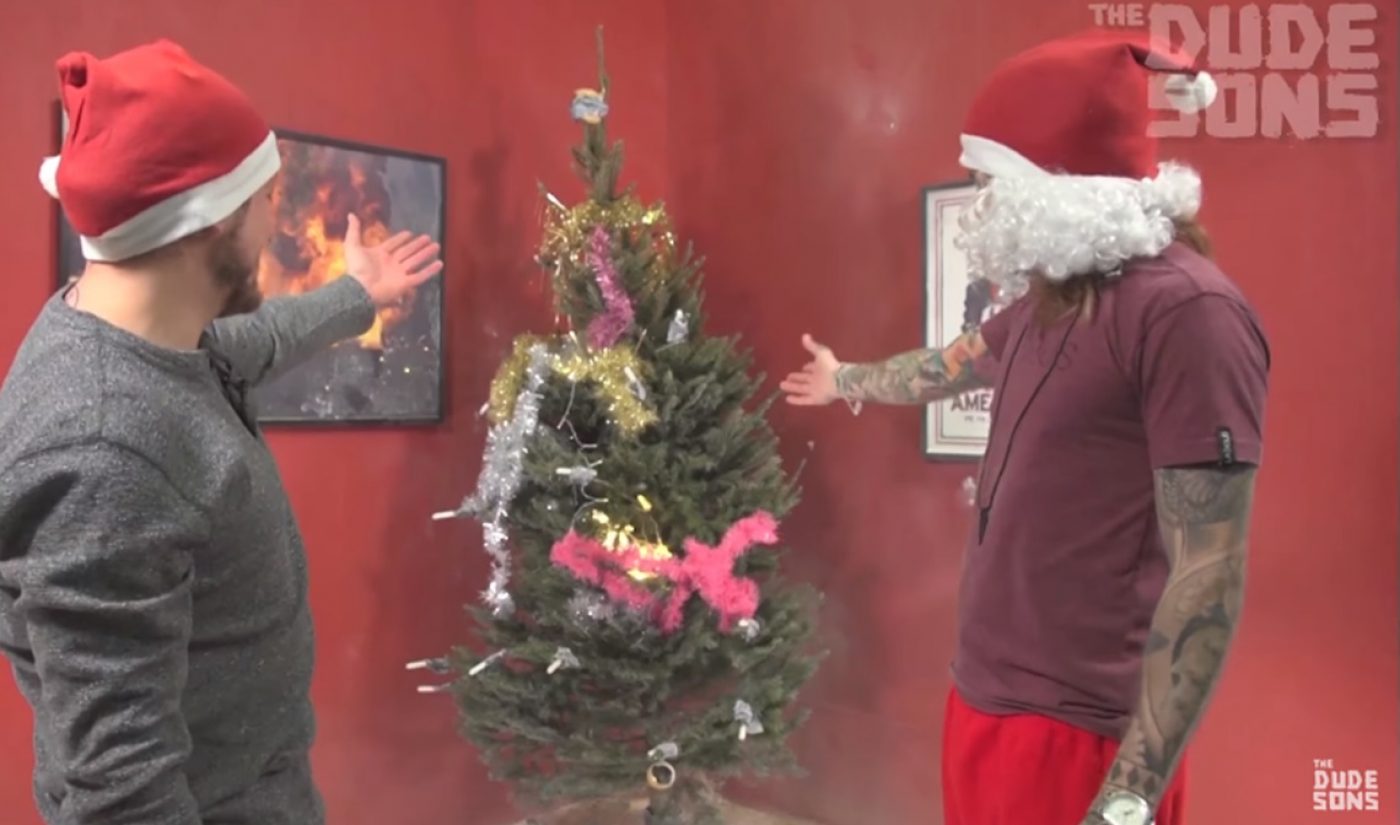 The premiere of Star Wars: The Force Awakens delayed the arrival of the YouTube community’s Christmas spirit a bit, but with December 25th right around the corner, there are a plethora of new videos that are capable of spreading Yuletide cheer. Here, out of all those Santa-approved offerings, are seven of our favorites:

BuzzFeed’s holiday videos have become regular entrants on these types of lists, to the point that even the US government is trying to put its own viral spin on the Christmas story. In this video, employees of the United States embassy in Norway don’t even try to hide their contempt as they choke down Scandinavian culinary oddities. The big winners, according to one American, are the bacon bits on the lutefisk.

Of course, BuzzFeed itself was also on top of this year’s Christmas celebrations. In one of several holiday videos released across its network, it got a little tipsy on the BuzzFeedBlue channel, where teams of two competed to see who could assemble the best Christmas tree decorations while drunk. Hannah Hart must be so proud.

5. “Christmas With Will Ferrell” by Billy on the Street

This video may seem like a weird choice for a list about YouTube offerings, since it promotes Billy Eichner‘s madcap TV show on TruTV. At the same time, Billy on the Street began as a Funny or Die web series, so we’ll allow it–especially when Eichner, who here teams up with Will Ferrell to freak out people on the streets of New York City, releases a particularly funny video.

4. “Not The John Lewis Christmas Advert” by Hazel Hayes

Each Christmas, British company John Lewis evokes warm emotions with a feel-good ad that reaches millions of consumers. This year, Hazel Hayes imagined her own potential ending for a John Lewis Christmas spot, should the retailer choose to go into darker territory. She gets bonus points for accurately capturing the look and feel of the John Lewis ads while satirizing them at the same time.

3. “How To Decorate A Christmas Tree In 5 Minutes” by The Dudesons

If you really waited until the last minute to set up your Christmas decorations, you should pay attention to The Dudesons, because the Finnish comedy team showed viewers how to create a festive tree in five minutes. In reality, if you attempt to copy these instructions, you will spend a much longer time following them–unless you happen to have an ornament cannon and a lot of glue lying around.

If you’re not a channel that lends itself naturally to the holiday spirit, how do you release an appropriate Christmas video? FailArmy figured out a smart way to answer that question. The UGC-powered compendium of wins, fails, and assorted goofs created a new version of the “12 Days of Christmas” that runs through some of the channel’s most popular categories. Watch this video and you’ll witness funny animals, drunken shenanigans, and slapstick pranks. Hopefully, you’ll be laughing all the way.

Christmas music has evolved from a fun novelty into an inescapable December fixture, and the holiday’s most well-tread classics share some elements in common: They’re charming, they’re snowy, and they’re all written in major keys–until now. In a recent video, Kurt Hugo Schneider constructed an ominous version of Mariah Carey’s “All I Want For Christmas Is You” by adapting the song into a minor key. It’s a new take on a modern Christmas classic, and if your family will let you, see if you can sneak it into the holiday playlist.

Do you have a favorite Christmas video we didn’t include? Let us know in the comments and check out previous Countdowns here.