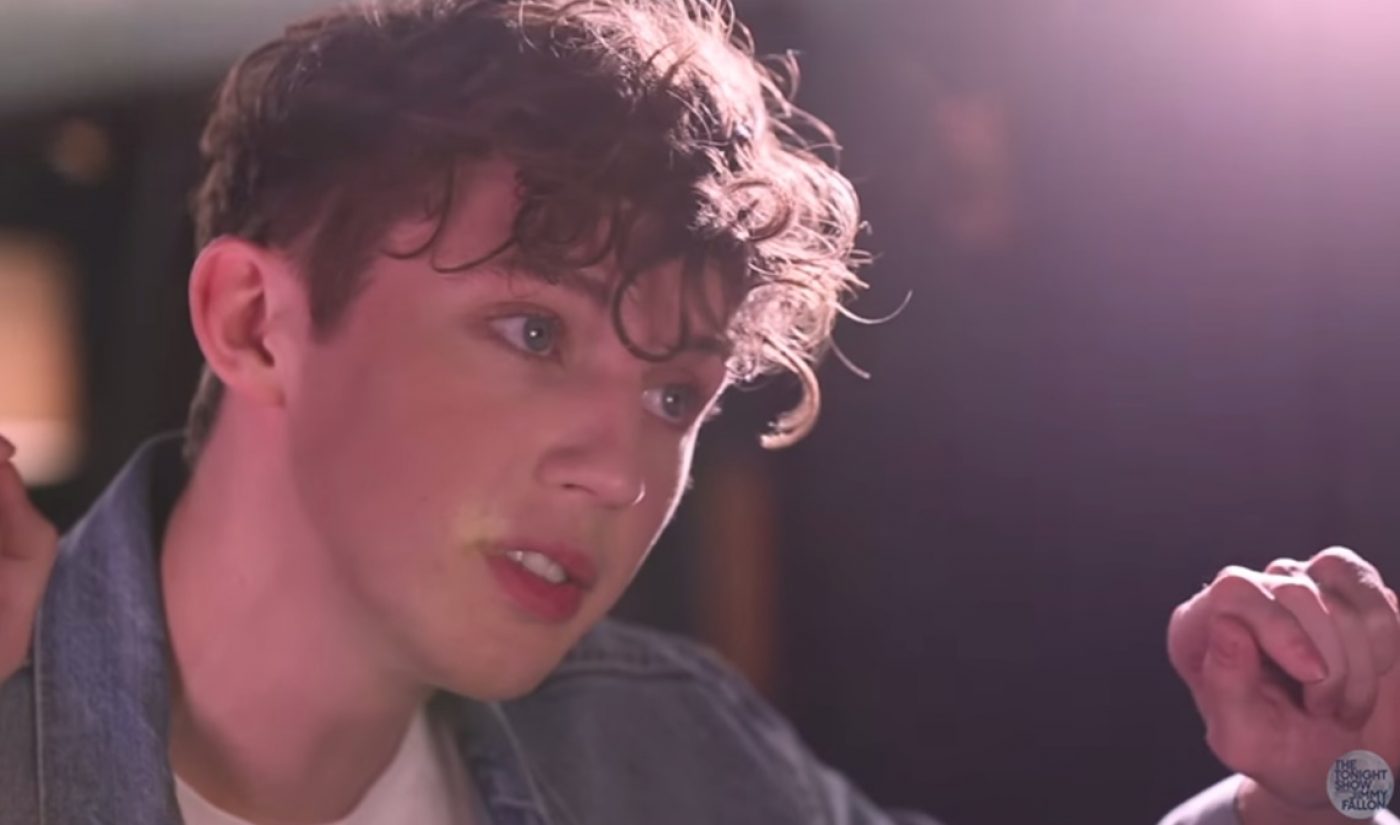 On December 8th, 2015, YouTube star Troye Sivan appeared as the musical guest on The Tonight Show with Jimmy Fallon, where his performance followed interviews with Bernie Sanders and John Cena. Sivan’s Tonight Show appearance, however, didn’t end with his live performance. Instead, he returned to the late-night program’s YouTube channel nearly two weeks later with a new song that mashes up Selena Gomez’s ‘Hands to Myself’ and Justin Bieber’s ‘Sorry.’

Sivan has been showing off his skills as a performer since he was 12 years old, and in his Tonight Show encore, he displays his talent as a singer, arranger, and musician. As MTV notes, his mashup manages to take two songs with completely different feels and piece them together as one cohesive unit. As one well-liked comment on the video puts it, “Can we all just agree that Troye is perfection? If you haven’t subscribed to him, you’re missing out.”

Distributing Sivan’s mashup as a web exclusive is good business for The Tonight Show, too. The YouTube star’s subscriber count is more than 3.7 million, and his fans have already show up on the Tonight Show YouTube channel to support their favorite young musician.