Countdown: Top Seven ‘Star Wars’ Videos On YouTube Ahead Of ‘The Force Awakens’ 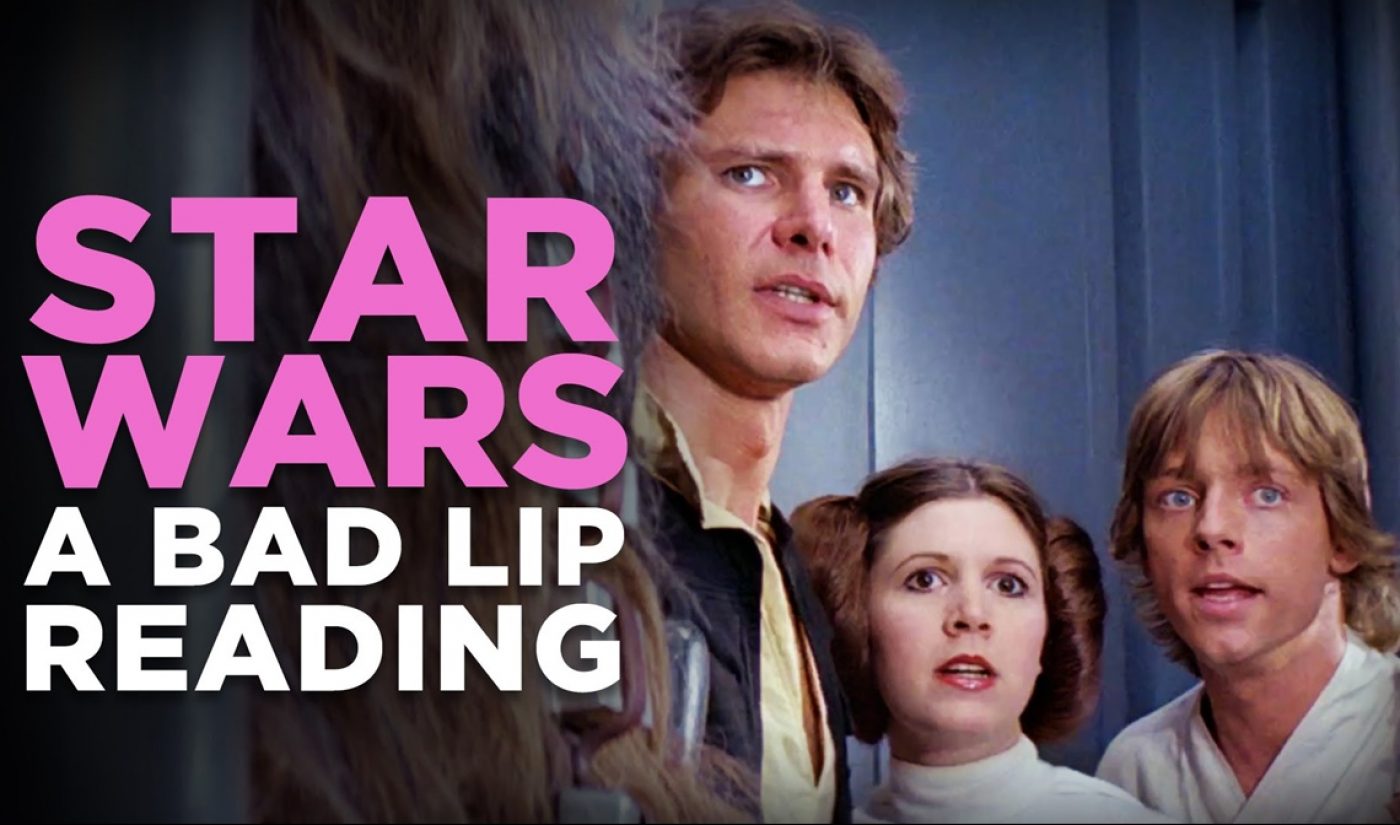 YouTube’s biggest tentpole events tend to be centered around holidays, but the online video community loves a good movie from time to time as well. Blockbusters tend to draw thousands of video responses, and with Star Wars: The Force Awakens, which is arguably the most-hyped movie of the past decade, that trend ascended to another level. It seems as if everyone made a Star Wars video leading up to the release of The Force Awakens; here are seven of our favorites.

7. “The Star Wars Recap Song” By The Warp Zone

Some people, believe it or not, have not seen the original Star Wars trilogy. For those eternal holdouts, The Warp Zone has provided a perfect remedy. If you want to get a refresher course on the three Star Wars movies that matter, but you don’t want to sit through six hours of sci-fi, The Warp Zone’s “We Didn’t Start The Fire“-style music video offers up a breezy recap. It’s great for fans of the series, too.

For a quicker, punchier recap, we turn to Jon Cozart of the Paint channel, who gave the Star Wars saga the same treatment he gave Harry Potter. This video is great, but it loses some points for ordering the series I, II, III, IV, V, VI. Come on, Jon. We all know the proper order is IV, V, II, III, VI (Episode I never existed.)

5. “Deadpool Vs. Boba Fett” by Epic Rap Battles of History

ERB took a brief break from its mid-season hiatus to pit the original trilogy’s badass bounty hunter against one of Marvel’s coolest heroes. It’s not the most relevant Star Wars video, and it totally messes up the ERB Boba Fett canon, but I give it bonus points for working in a “Boba Fetty Wap” reference.

The return of Star Wars also marked the return of Player Piano, which released its first new video in months. As with the series’ other videos, Player Piano‘s Star Wars medley is the complete package: It features wonderful set design, fun costumes, and, of course, Sonya Belousova‘s out-of-this-world musicianship.

A new Bad Lip Reading video is always a treat; in order to celebrate the new Star Wars movie, the anonymous BLR creator gave us three fresh dubs, one for each movie in the original trilogy. And yes, they’re all just as hilarious as the other entries in the BLR oeuvre. It’s a Christmas miracle.

Rooster Teeth employee Blaine Gibson loves Star Wars, and with the new movie right around the corner, his colleagues at the Austin-based studio decided to have a little fun. They created a fake Star Wars movie based around Gibson’s impressions of the film’s characters, and then screened that movie for Gibson at a fake early screening. He thought he was seeing The Force Awakens before it came out–the truth was much more embarrassing. The prank is just a little bit cruel, but man, they got him good.

1. “Everything Wrong With Star Wars Episode I: The Phantom Menace” by CinemaSins

Leading up to The Force Awakens, the CinemaSins channel took the entire series to task. It enlisted Kevin Smith for its Episode IV video, and Smith followed through by providing some of his best Star Wars criticism since Clerks.

The centerpiece of CinemaSins’ Star Wars coverage, however, is its epic takedown of the infamous piece of crap that is The Phantom Menace. In an epic, two-part video that spans more than 26 minutes of criticism, the CinemaSins team details all of the errors, inconsistencies, and instances of bad writing within the 1999 Star Wars reboot. The final tally: 1,220 sins. Mr. Plinkett would be proud.

Do you have a favorite Star Wars video we didn’t include? Let us know in the comments and check out previous Countdowns here.