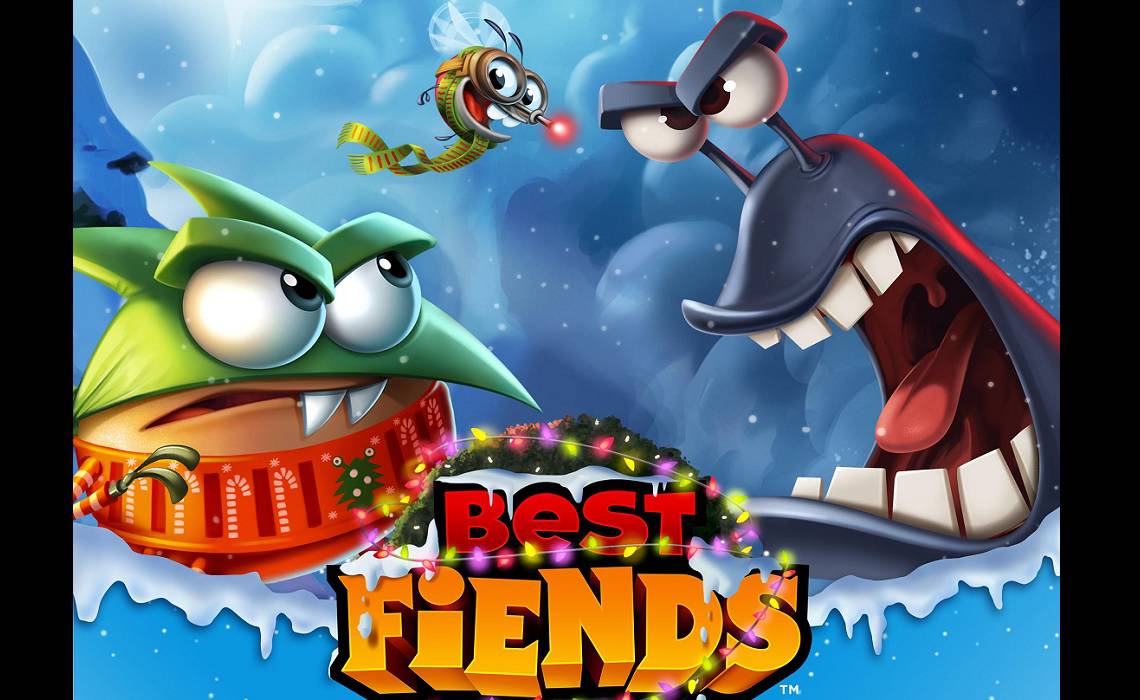 The holiday season is a wonderful time for giving to those in need, and that’s precisely what Ellen DeGeneres and mobile entertainment studio Seriously plan to do. The talk show host and developer of the hit mobile game Best Fiends teamed up to launch the in-game “Race Against Slime 2” mobile charity race on December 19, 2015.

For the “Race Against Slime 2” competition, more than 20 digital stars and YouTube creators will separate into seven teams to compete in the game Best Fiends, which features slimy Slugs as enemies. Seriously will then donate to the charities of the influencers’ choosing, including charity:water, Malaria No More, and Oceana. Participating social celebrities include PewDiePie, Markiplier, Hayes Grier, and Rebecca Black. Each creator will release a video on their respective channels about the “Race Against Slime 2” race, their team, and the charity they’re playing for.

Fans are encouraged to participate in the charity drive and help their favorite team raise money (and win) by playing Best Fiends and donating their defeated enemy Slugs in the game’s limited edition Holiday levels. If players and teams donate at least 100 million Slugs by the end of the competition on December 23, DeGeneres has announced she will generously match the donations from Seriously, for a total of up to $250,000. The winning team of digital influencers will be announced on December 24 via the official Ellen DeGeneres Show Twitter account.

“What’s exciting about this year’s ‘Race Against Slime’ is that it brings to life a fun and social aspect of the mobile game while also giving back this holiday season,” said Andrew Stalbow, Seriously’s Co-Founder and Chief Executive Officer, in a release. “The race will be fully integrated into the Best Fiends game, allowing fans to directly participate in the competition for the charity of their choice.”

This is the second year Seriously has run the ‘Race Against Slime’ competition. Last year, the mobile game studio donated $50,000 to various charities thanks to the participation of YouTube stars’ fans. Seriously has also teamed up with PewDiePie in the past for a Valentine’s Day Best Fiends competition, where a team of two would compete to level up their characters the most by the end of the competition. The gamer with the least leveled-up character had to take out the other team member for dinner.

You can learn more about the “Race Against Slime 2” competition by visiting bestfiends.com/race.