Rooster Teeth To Release ‘Lazer Team’ In Theaters, On YouTube Red On January 27 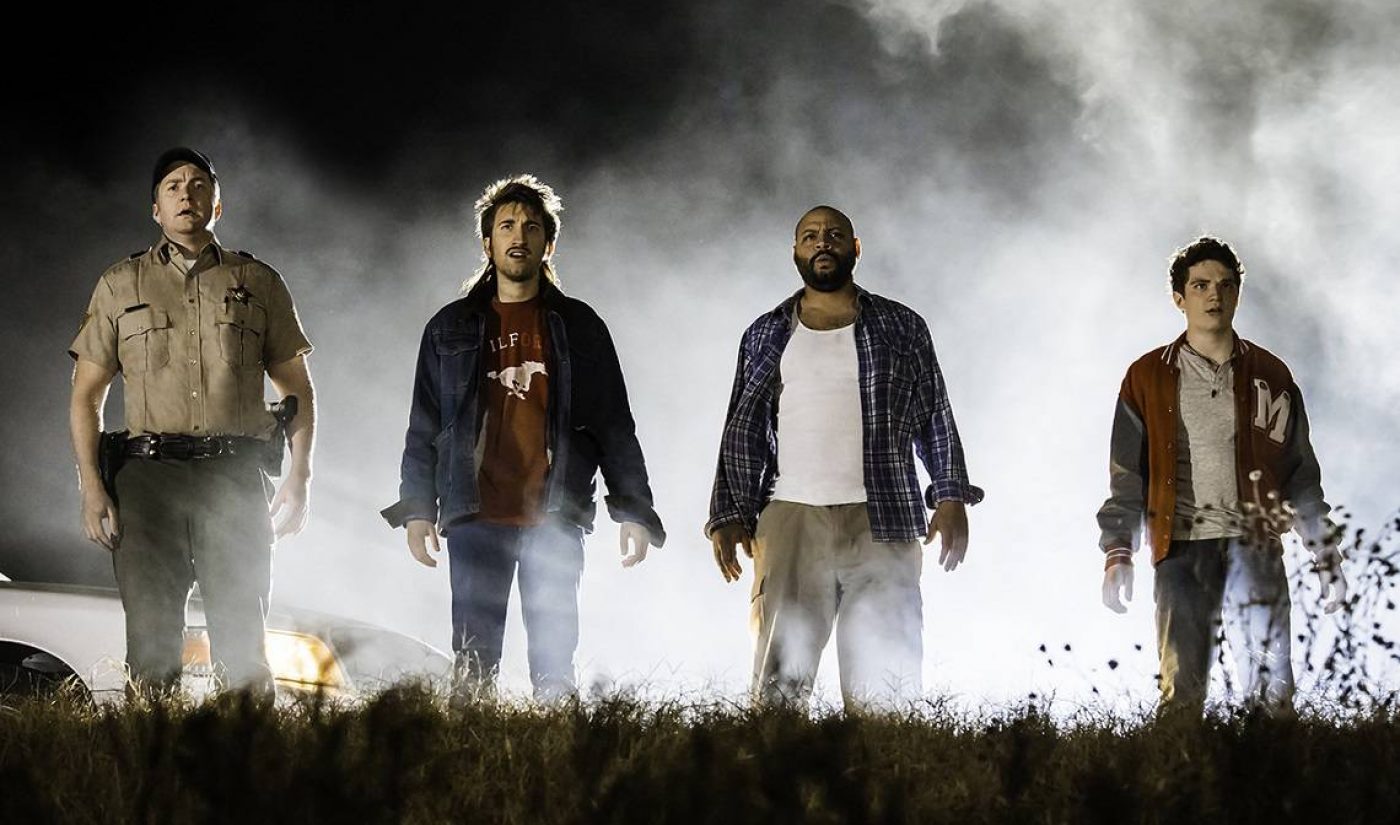 Rooster Teeth’s long-awaited and very first feature film is about to have its digital and theatrical release. The Fullscreen-owned, Austin-based production company will release its sci-fi comedy Lazer Team exclusively on YouTube Red and in theaters around the world on January 27, 2016.

Lazer Team, which raised $2.4 million in Indiegogo crowdfunding back in July 2014, tells the story of four bumbling idiots from a small town who, after putting on separate pieces of a power suit, unknowingly become Earth’s saviors from an impending hostile alien invasion. The feature film from Rooster Teeth Productions and Fullscreen Films originally made its world premiere on September 24, 2015 during Fantastic Fest. Now, Lazer Team will be released digitally as a YouTube Red Original film on January 27, 2016 on the video sharing site’s newly-launched subscription platform. The sci-fi comedy will also be available on big screens in multiple theaters across the UK, Australia, North America, and other territories.

Fans interested in attending the theatrical screenings can visit LazerTeamtheMovie.com to purchase tickets. If fans notice there’s no screening in their area, they can request to host one thanks to Rooster Teeth’s partnership with Tugg, an on-demand service which helps moviegoers set up special screenings at their local theaters. And as a bonus to its most devout fans, all those who attend a January 27 or 28 showing of Lazer Team will get to see exclusive footage from the film, as well as receive a 25% discount to the Rooster Teeth online store.

“We are thrilled that Lazer Team will be released simultaneously on the big screen in theaters everywhere and digitally with YouTube Red,” said Matt Hullum, Lazer Team director and Rooster Teeth CEO, in a release. “We couldn’t have done it without our community, from our generous Indiegogo backers to the fans that have supported us along the way, and this release plan will allow us to share the film with all of them.”

You can buy tickets (or campaign for a screening in your area) for Lazer Team by visiting the movie’s official website.