Mashable Will Distribute The Documentary ‘CodeGirl’ From FilmBuff 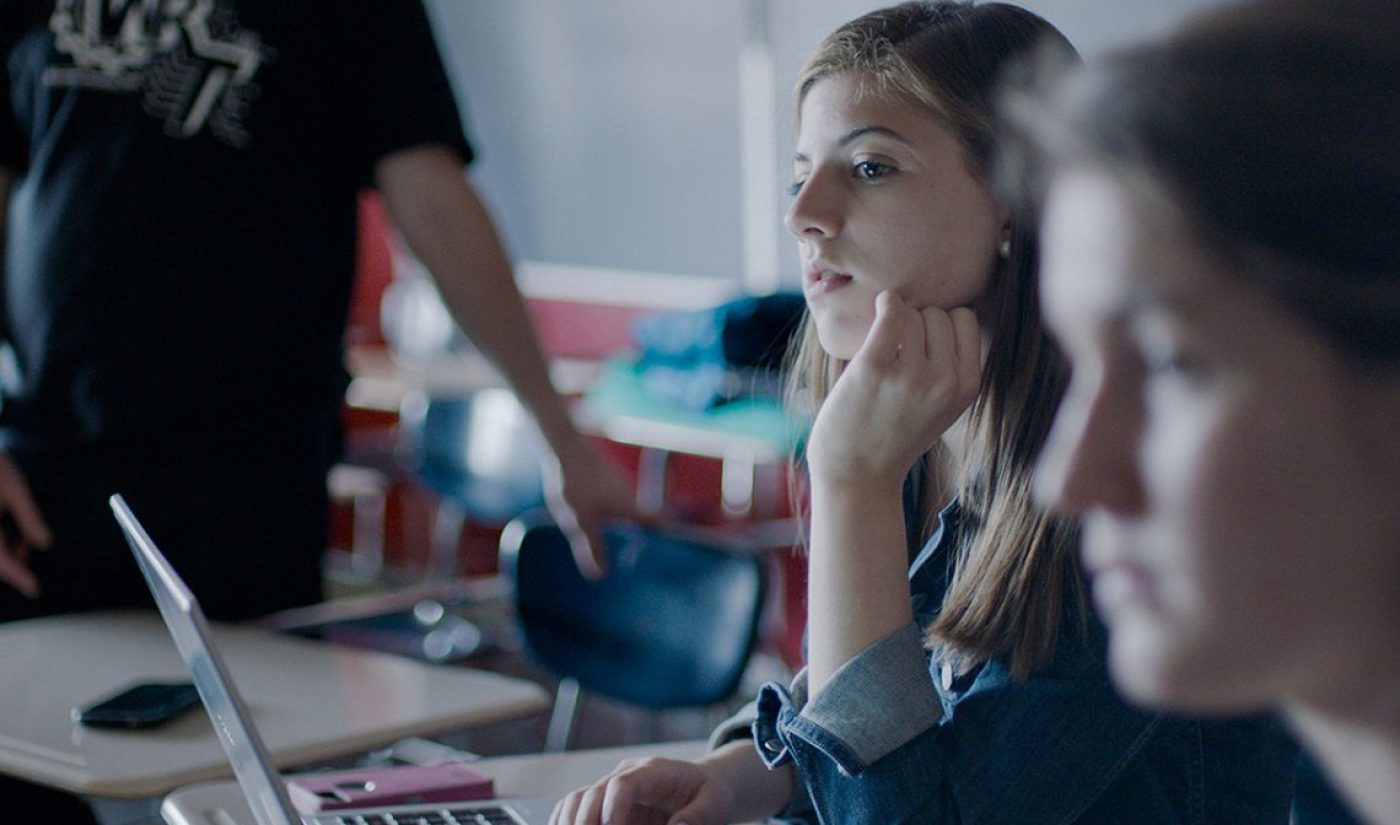 Written and directed by documentary producer Lesley Chilcott (An Inconvenient Truth, Waiting for “Superman”), CodeGirl follows various teams of high school girls around the world working to make their communities better through technology. The teams are also competing to win $10,000 and an official public release of their home-built apps to audiences at the international Technovation Challenge. Mashable and FilmBuff will release CodeGirl on the media brand’s site and via its Apple TV app. Mashable will also create and distribute original videos promoting the documentary and its content to over 26 million followers across its digital platforms.

“Mashable is proud to be partnering with FilmBuff to distribute and promote our first full length feature film, and we couldn’t think of a more fitting project to do that with than CodeGirl,” said Adam Ostrow, Mashable’s Chief Strategy Officer, in a release. “The story is a significant one for our audience and our industry, and we’re excited to share it across all of our platforms, including our Apple TV app. We believe delivering premium long form video content on over the top platforms like Apple TV represents an important part to our distribution strategy going forward.”

“We are delighted that Mashable had chosen CodeGirl to be their first foray into long form video,” added Janet Brown, CEO of FilmBuff. “The film’s focus on increasing the number of women in technology speaks to a very timely issue in the tech world and Mashable is the ideal partner to connect with that audience.”

While Mashable can now claim exclusive distribution rights to CodeGirl, the documentary previously had a home on another digital platform. YouTube made CodeGirl freely available on its site for the first five days of November 2015. At that time, YouTube CEO Susan Wojcicki noted in a blog post her company wanted to host the documentary to “inspire more girls around the world to pursue their passions in tech.”

You can catch CodeGirl on Mashable’s digital platforms, including its official Apple TV app, starting January 6.