Whistle Sports To Provide Original Content For Over 26 Dailymotion Channels 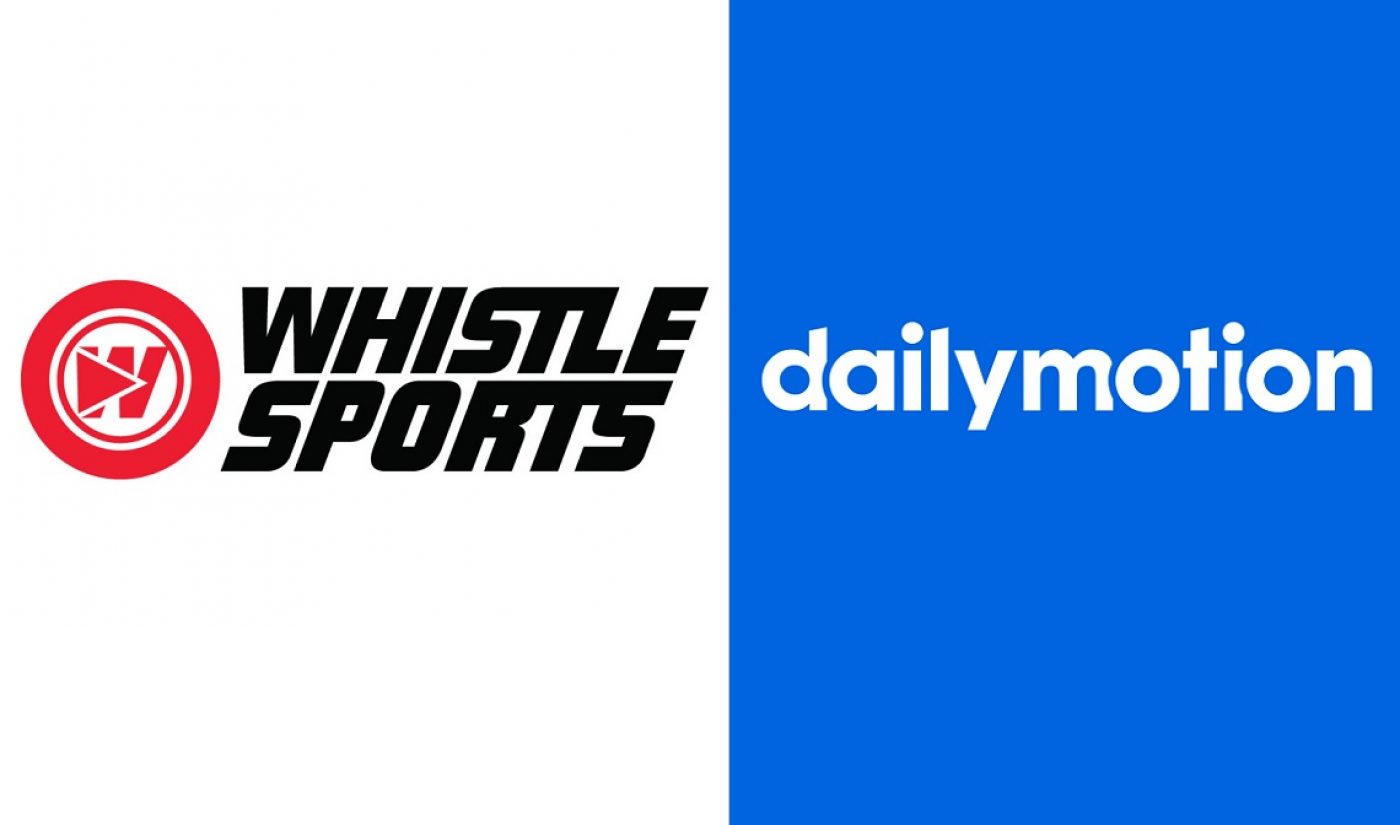 Whistle Sports has a new deal that will help expand its brand to more online video viewers. The sports-focused multi-channel network has teamed with online video site Dailymotion to produce original content for distribution across more than 26 of the video sharing site’s digital channels.

On Dailymotion’s end, the deal with Whistle Sports will help the online video platform expand its reach in the sports and athletic communities, as well as have the added benefit of showing the industry the French online video site is working with a high-profile YouTube creator stateside. Dailymotion’s COO Martin Rogard said in a release, as reported by StreamDaily, the content deal with Whistle will also attract more viewers to the online video site. Dailymotion currently distributes content from sports brands and organizations like the NBA, Tour de France, and FC Barcelona.

“Asking people under 30 to spend hours sitting back on a couch and be broadcast to, in a one-way format, seemed a huge stretch so that’s why we created this community,” said Whistle Sports founder and CEO John West. “Now, we are excited to partner with Dailymotion and share our content with more millennials through their platform.”

Whistle Sports’ deal with Dailymotion is just one of the MCN’s most recent projects. In October 2015, Whistle debuted the linear TV show Top Ten Trick Shots on Nickelodeon. The MCN also released verticals specifically dedicated to its fitness and soccer communities.