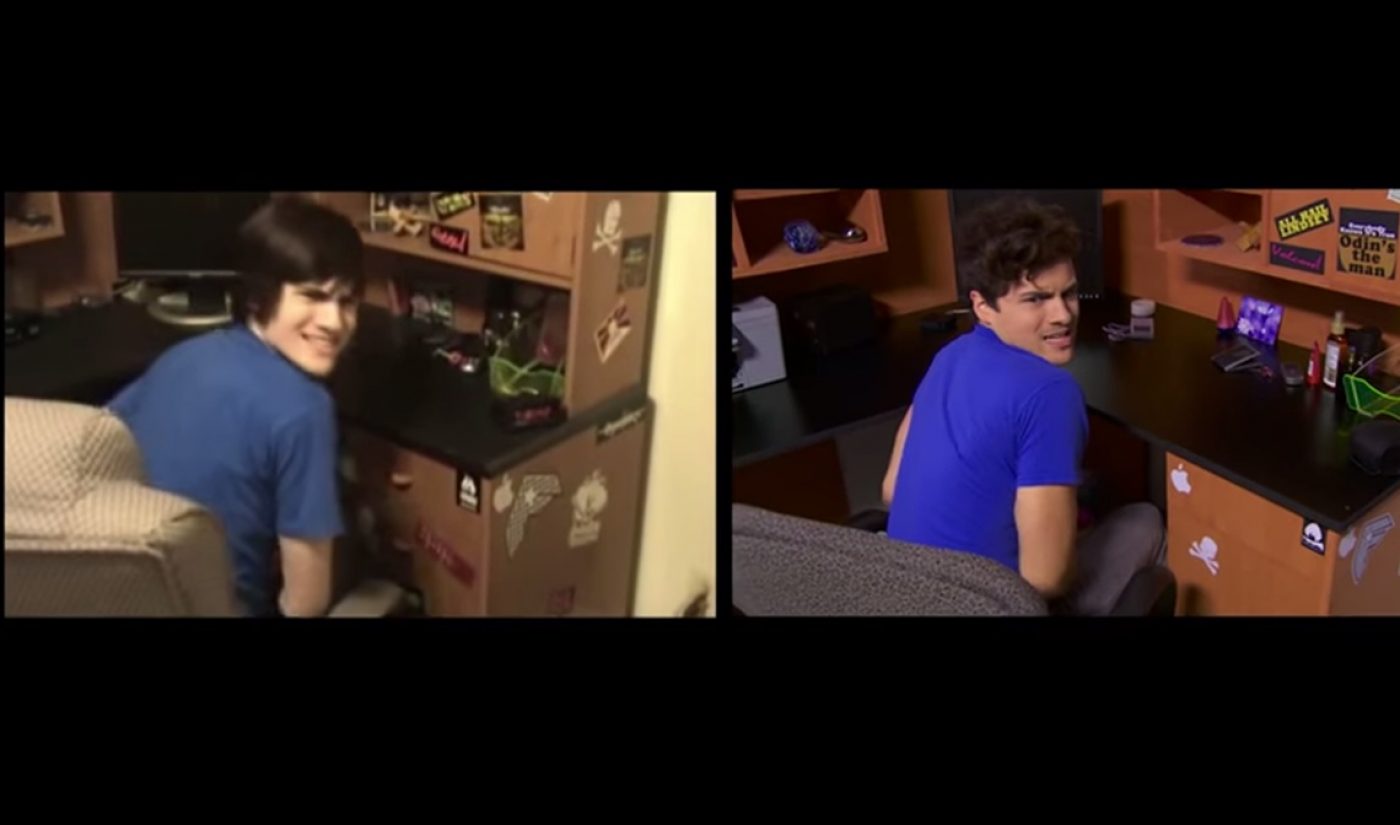 Earlier this year, YouTube celebrated its 10th birthday. Now, a few months later, one of the video site’s most resilient channels has reached that milestone as well. Smosh, the digital home of Ian Hecox and Anthony Padilla, just turned ten–and its stars celebrated by remaking one of their first videos.

Ten years ago, Hecox and Padilla made their YouTube debut with a lip sync video set to the Power Rangers theme song. Five months after that, they released the first of their “Smosh shorts.” It was a brief sketch called “Dolls,” and to commemorate a decade of silliness, Hecox and Padilla remade it. The new version is just like the old one, except the Smosh guys have much better haircuts now.

Smosh’s 10th birthday celebration doesn’t end with the “Dolls” remake. The channel also posted a video in which Smosh’s fans, along with fellow YouTube stars like Rhett and Link, Benny Fine, and Jenna Marbles, congratulate the comedy duo on their extended success. Included in the video is a married couple who met thanks to their shared interest in Smosh videos.

The celebration is one part of an exciting November for Smosh. Earlier in the month, the channel shared the trailer for Part Timers, an upcoming web series set in a Chuck E. Cheese-esque establishment. Hecox and Padilla also participated in the fourth season of the web series Prank It Fwd, through which they got a chance to hang out with Jennifer Lawrence and other members of the Hunger Games cast. Finally, shortly after sharing their birthday videos, the Smosh guys brought viewers the tenth installment of their Food Battle series. Even though Smosh has been a part of the YouTube community for longer than almost all of their contemporaries, it’s safe to say the channel is as popular as ever, and it seems to be aging like a fine wine.