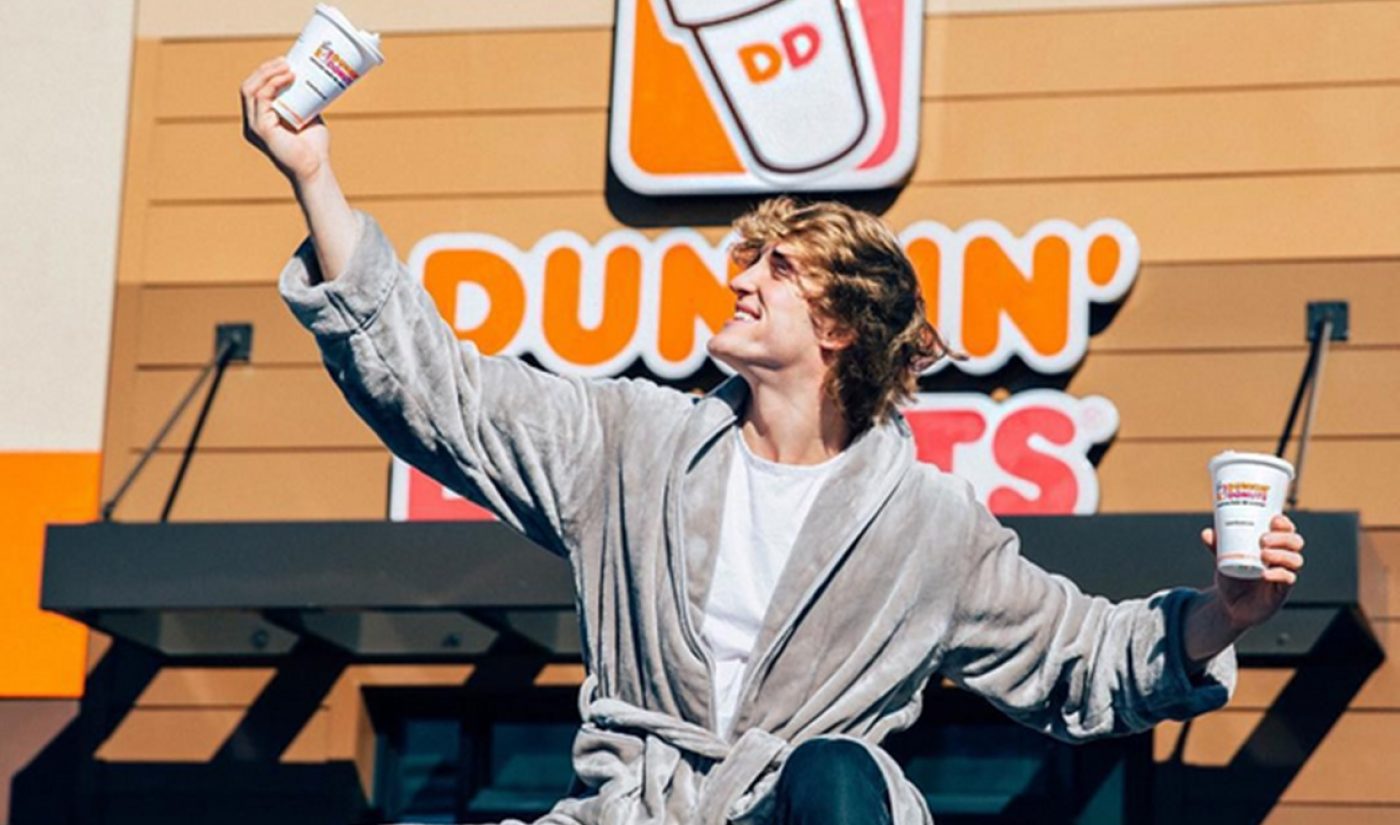 Dunkin Donuts is running its first partnership with an online video star, and it has turned to Viner Logan Paul as its influencer of choice. Paul, who has 8.8 million followers on Twitter’s six-second video capture app, has created Vines and Instagram photos in support of the international breakfast chain.

The deal, which was set up by Collective Digital Studio and ad agency Hill Holliday, is centered around Dunkin’s DD Perks service and its mobile app, which was most recently updated in October 2015. I’ve embedded one of the Vines born from the partnership below; the photo above comes from Paul’s Instagram.

Paul’s fans can also connect with him by ordering new gift cards that have his face emblazoned on them. The cards are pretty snazzy, and they make this promotion a little more than your typical brand-influencer partnership.

Beyond Dunkin Donuts, Paul has also participated in brand intiatives run by several other companies, including Hanes and the truth campaign.