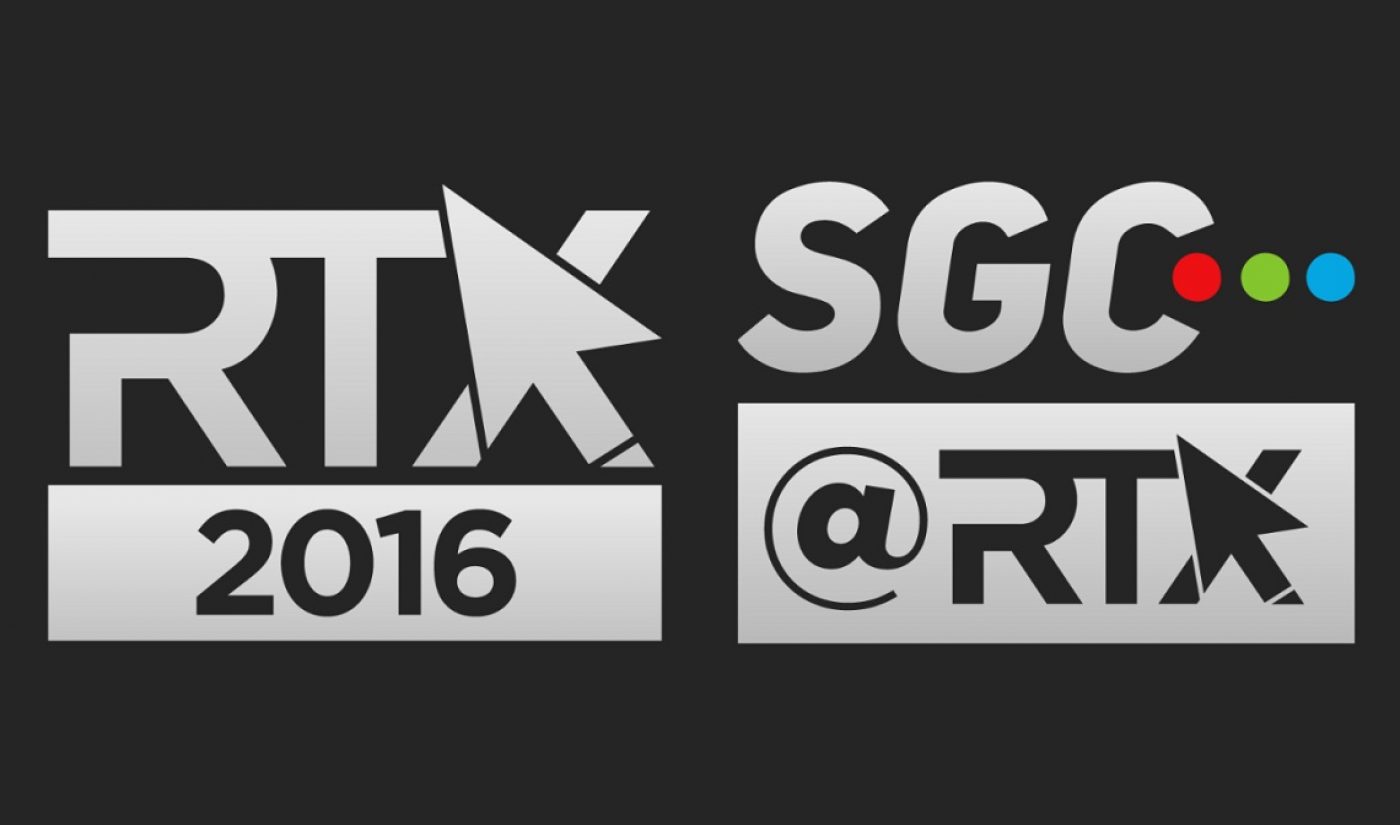 RTX 2016 will take place over the first three days of July at the Austin Convention Center, as well as at the city’s JW Marriott and Hilton hotels. In addition to the expo’s usual schedule of panels, gameplays, and meet-ups, RTX will boast even more content thanks to SGC. The convention, hosted by the production company and YouTube gaming channel ScrewAttack (also a part of the Fullscreen family), is moving from its home in Frisco, Texas to become a permanent fixture of RTX for the foreseeable future.

RTX has grown by proverbial leaps and bounds since its inception in 2011. The traditionally Austin-based event will now have an Australian iteration in early 2016. The fifth annual RTX in August 2015 was the largest U.S. convention yet, with more than 40,000 attendees, three different venues, over 90 different exhibitors, and a sponsorship by Pizza Hut. At the time, RTX Co-Director and RT Community Manager Barbara Dunkelman told Tubefilter she expected RTX 2016 to be “even better” than this year’s event. And it certainly seems like the event is on track to be just that.

“RTX 2015 was our biggest, best show yet. We moved beyond just utilizing the convention center and incorporated other downtown venues with huge success,” said Gus Sorola, Rooster Teeth Co-Founder and Co-Director of RTX, in a release. “Looking forward to 2016, we are going to continue to see record growth and amazing programming. We can’t wait to share our vision with the world… again.”

You’ll be able to purchase three-day, single-day, or VIP tickets to RTX/SGC 2016 at the start of the new year. Until then, check out this fun infographic provided by Rooster Teeth, which is full of stats about the overall growth of the production company’s yearly expo: