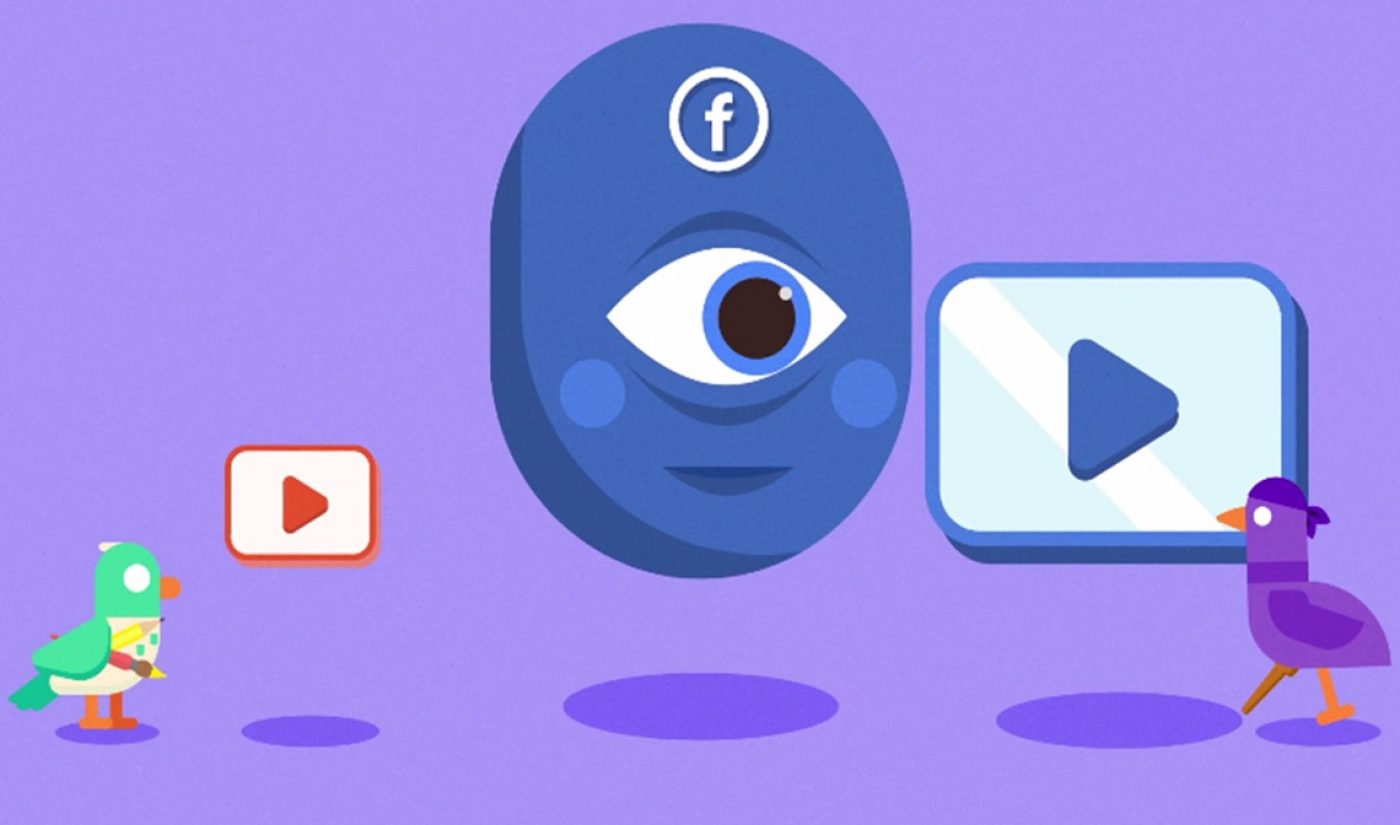 Facebook’s Q3 2015 earnings report contained big news about the company’s video operation: It has now surpassed eight billion video views per day, doubling the four billion daily views it counted in April. The news of Facebook’s growth has turned heads within the online video industry, but it has also reignited an ongoing debate about the social media giant’s questionable practices. In a new video, educational YouTube channel Kurzgesagt decried the rampant “freebooting” that allows Facebook to rack up as many views as it does.

“Freebooting,” for the uninitiated, occurs when Facebook users copy videos and re-upload them without receiving permission from the original video owner. On YouTube, the speed and reach of the Content ID system prevents freebooters from seeing much success. Facebook, however, has no such system in place, and since the social media site promotes its own video player over YouTube’s, freebooters are making enormous ad revenue with videos swiped from other creators.

For Kurzgesagt, this practice is blatant thievery. “A whole group of people have built their online presence around stealing other people’s work,” says the channel’s narrator, Steve Taylor, in the new video. Most of Kurzgesagt’s points mirror those of Hank Green, who took Facebook to task in an August 2015 blog post, but the German company also extends the conversation by explaining how hard it is for creators to get freebooted videos removed and instructing viewers on the best steps they can take to combat the issue.

Freebooting is not a new issue–Fullscreen CEO George Strompolos brought it up in June, for example–but Kurzgesagt’s ire seems to revolve around the time it is taking Facebook to fight its pirates. While the social media site is testing solutions to its freebooting problem, Taylor notes these solutions are “mainly being tested with big media companies…as creators, we don’t like we’re being asked or taken into consideration by the giant that is Facebook.”

While Facebook takes its sweet time to sort out its freebooters, ad revenue continues to land in the wrong hands. Kurzgesagt’s video notes how, when Facebook finally accepts a copyright claim, most of a freebooted video’s views have already been cashed in. “Facebook announced they want to change,” says Taylor, “but it’s hard to take them seriously when it still takes days for a stolen viral video to be taken down, and Facebook does not share the profits made from it.”

While Facebook, media companies, and creators work toward a resolution, there are a few things Kurzgesagt says us viewers can do: Share original YouTube links on Facebook, notify content creators when we find freebooted versions their videos, and support creators on Patreon when possible. Also, when Facebook touts a big growth in its daily views, take that number with about eight million grains of salt.