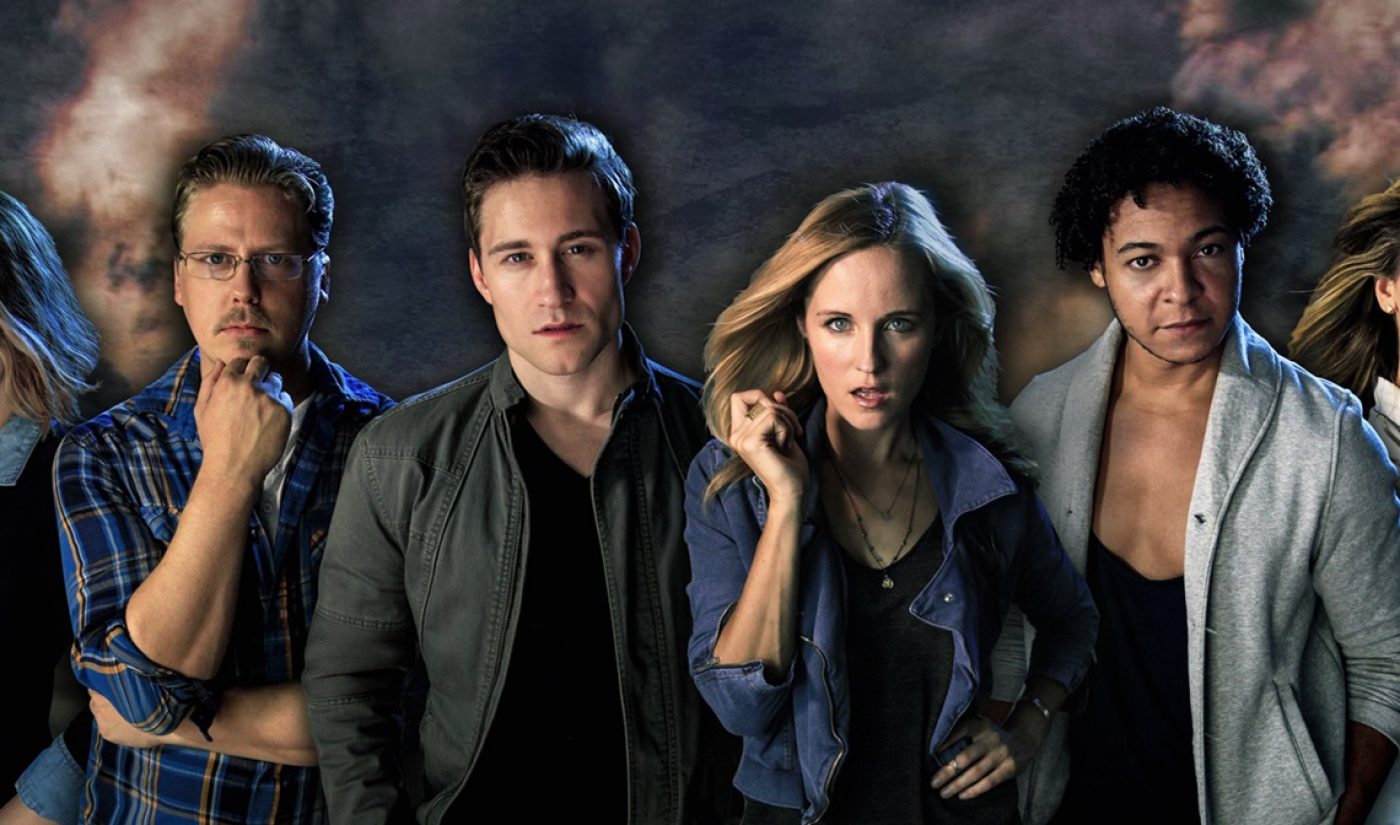 The hottest new show on TV will make you emotional. Sara Fletcher (known for her work with channels like The Fine Bros and Simple Pickup) and Brendan Bradley (who has appeared in web series like Squatters, Muzzled, and Frankenstein M.D.) play Ben and Delilah in Brooding, a web series that parodies the sentimental dramas of The CW.

Brooding’s title refers to a fictional TV show on a fictional network called The WC. A sequence at the beginning of each episode advertises “deep thoughts” and “dark places,” but instead, viewers are treated to a hilarious, over-the-top melodrama featuring tense music, dim lighting, low-cut tops for Delilah and tight shirts for Ben. In the Brooding world, every conflict must be resolved in the most dramatic way imaginable. Everyday nuances, whether they take place in the bathroom or the kitchen, are cause for concerned faces and free-flowing tears. Here’s one of the best installments, in which Ben and Delilah turn an empty coffeepot into an emotional swell:

The best part of Brooding is its thoroughness. Beyond the individual episodes, viewers can also watch short 30-second promos for the series, all of which are smart and succinct. Even if you’ve never watched a show on The CW (I, for example, have not), Brooding has a lot to offer.