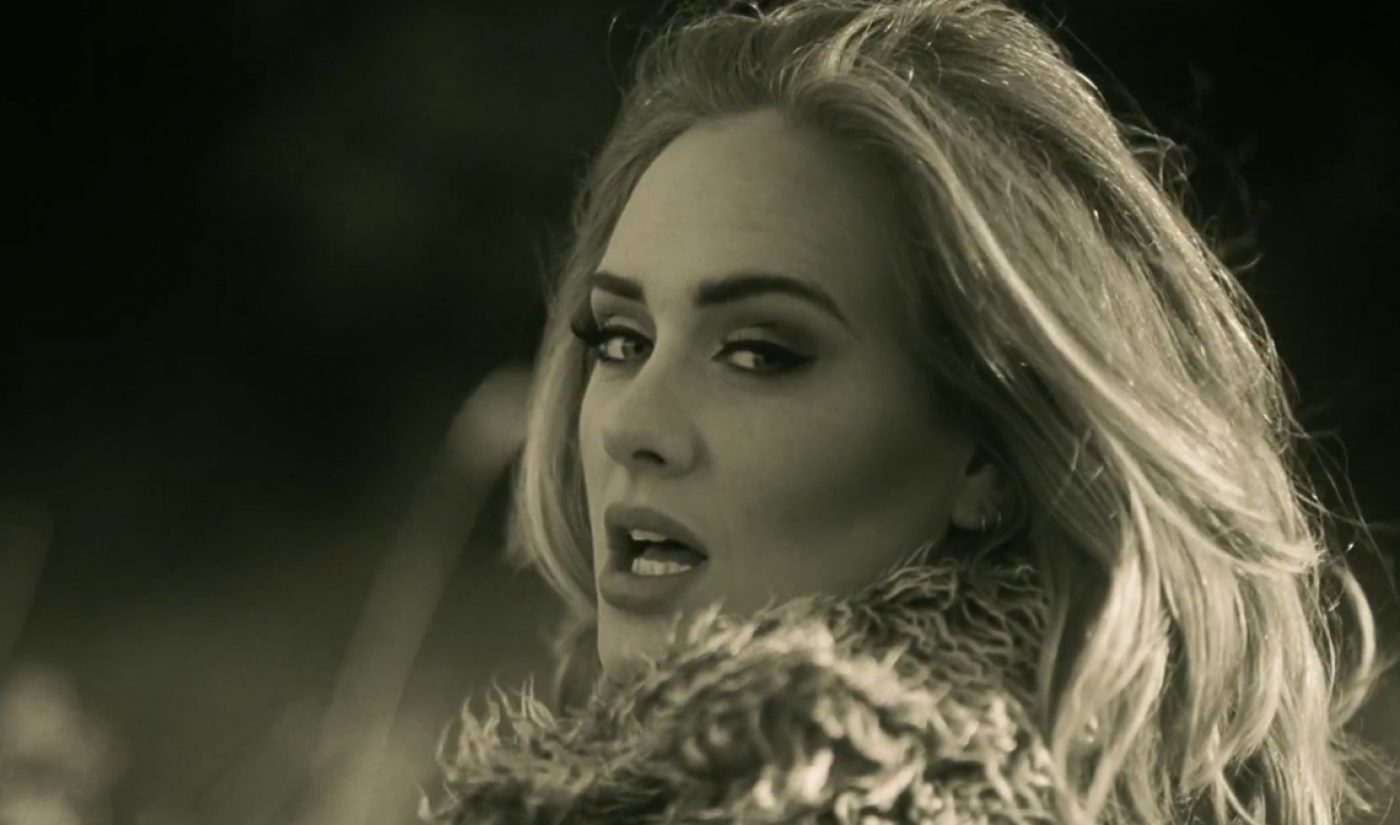 A video recently uploaded to YouTube is drawing record-breaking viewership, and no, it’s not the new Star Wars trailer. Instead, Adele’s new music video for her song “Hello” scored more than 50 million views in its first two days on YouTube, thus allowing it to achieve the fastest start of any video uploaded to the video sharing site this year.

The “Hello” video, which arrived on Adele’s VEVO channel on October 22nd, features the big-voiced singer in a series of black-and-white scenes. Much of its success can be attributed to its place within Adele’s career; it’s her first music video since “Skyfall,” all the way back in October 2012.

No matter the reason for the popularity of “Hello,” the video has rocketed off to a record-breaking start on YouTube. Kevin Allocca, YouTube’s trends manager, cataloged a few of the video’s most impressive stats in a post he authored on the video site’s official Trends Blog. “In fact, “adele hello” was, by far, YouTube’s top search on Friday and Saturday,” he wrote, “and the video garnered as much as 1.6 million views in a single hour, averaging over 1 million views per hour over the first two days.” 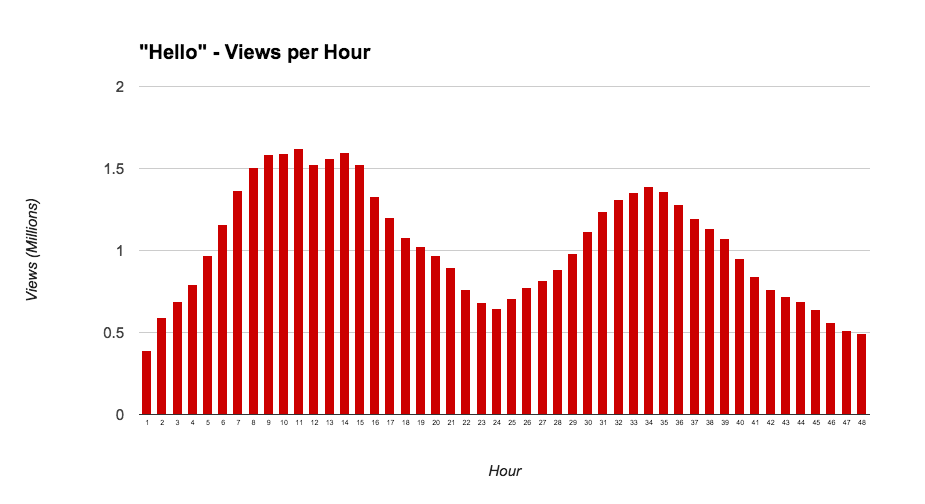 “Hello” has surpassed other major music video debuts, such as that of Nicki Minaj’s booty-shaking 2014 single “Anaconda,” which received 76 million hits in its first week online. By the time “Hello” reaches its one-week anniversary, it will be over 100 million views, and it’s a likely bet to join YouTube’s exclusive billion-views club. Plus, given Adele’s popularity, she’s bound to produce more YouTube hits as she shares more music videos from her upcoming album, 25, which will be released on November 20th.