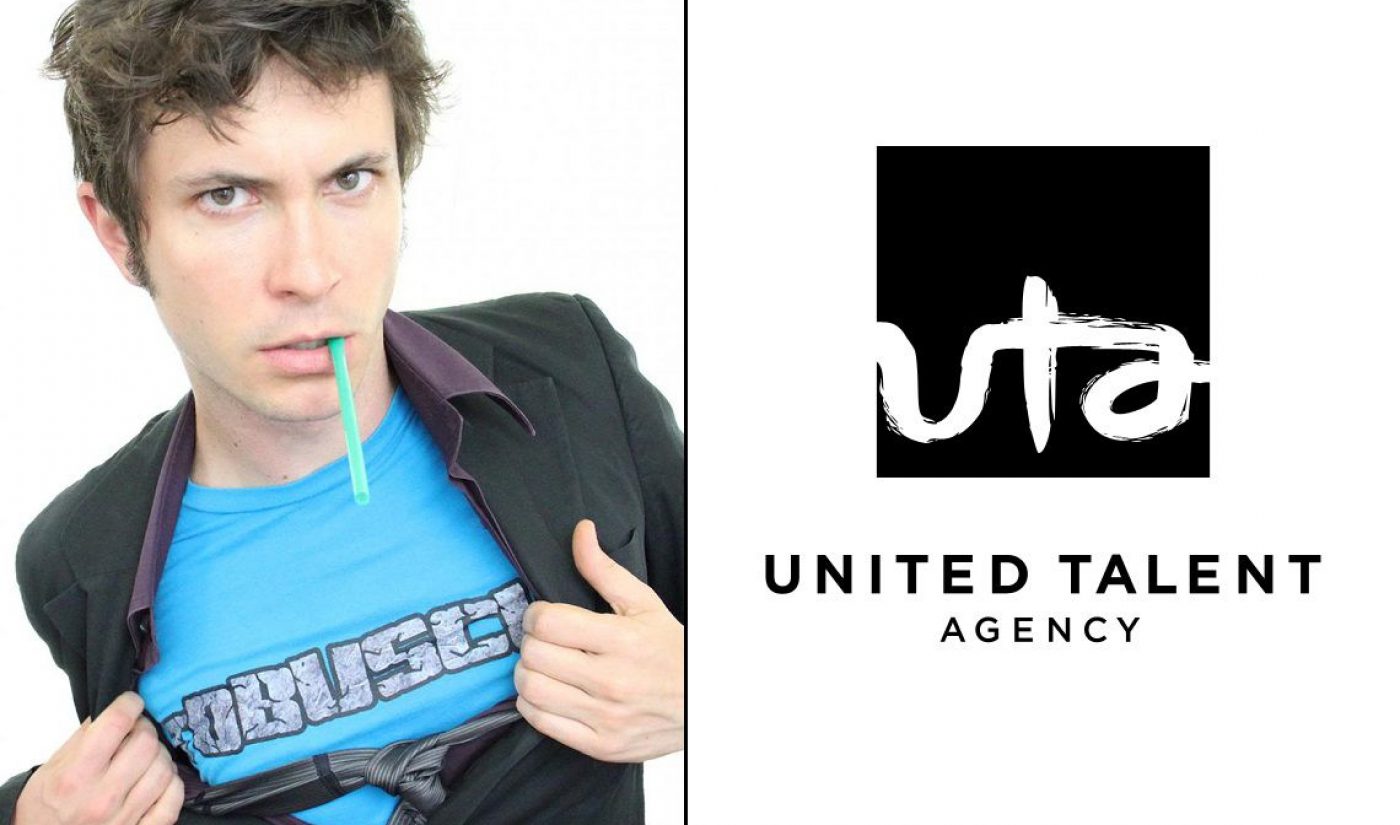 Toby Turner (aka Tobuscus) is under new representation. The YouTube superstar and avid gamer has officially signed with United Talent Agency (UTA).

A UTA spokesperson says the agency will work with Turner to bring his “unique brand to an even wider audience.” That “unique brand” has already helped Turner establish himself in the online video world with objectively impressive numbers. The 30-year-old digital star has risen to fame for his comedy skits, song parodies, and series like Literal Trailers. Turner runs three different channels on YouTube, which collectively boast over 15.2 million subscribers and more than 3.5 billion video views. Additionally, the YouTuber’s web series Tobuscus Animated Adventures was such a hit that the HarperCollins imprint Tegen Books turned it into a series of three publications.

In addition to his comedic antics, Turner is widely-known for being an avid gamer. This love of video games helped the digital star raise over $640,000 in July 2013 on Indiegogo to create the animated game Tobuscus Adventures: Wizards. Turner was also the first YouTube star to found his own video game studio, dubbed Tobuscus Game Studios. The Maker Studios-partnered vlogger is also the host of the Endemol Beyond video game competition series Legends of Gaming, which debuted on October 7, 2015.

Turner is managed by Untitled Entertainment.