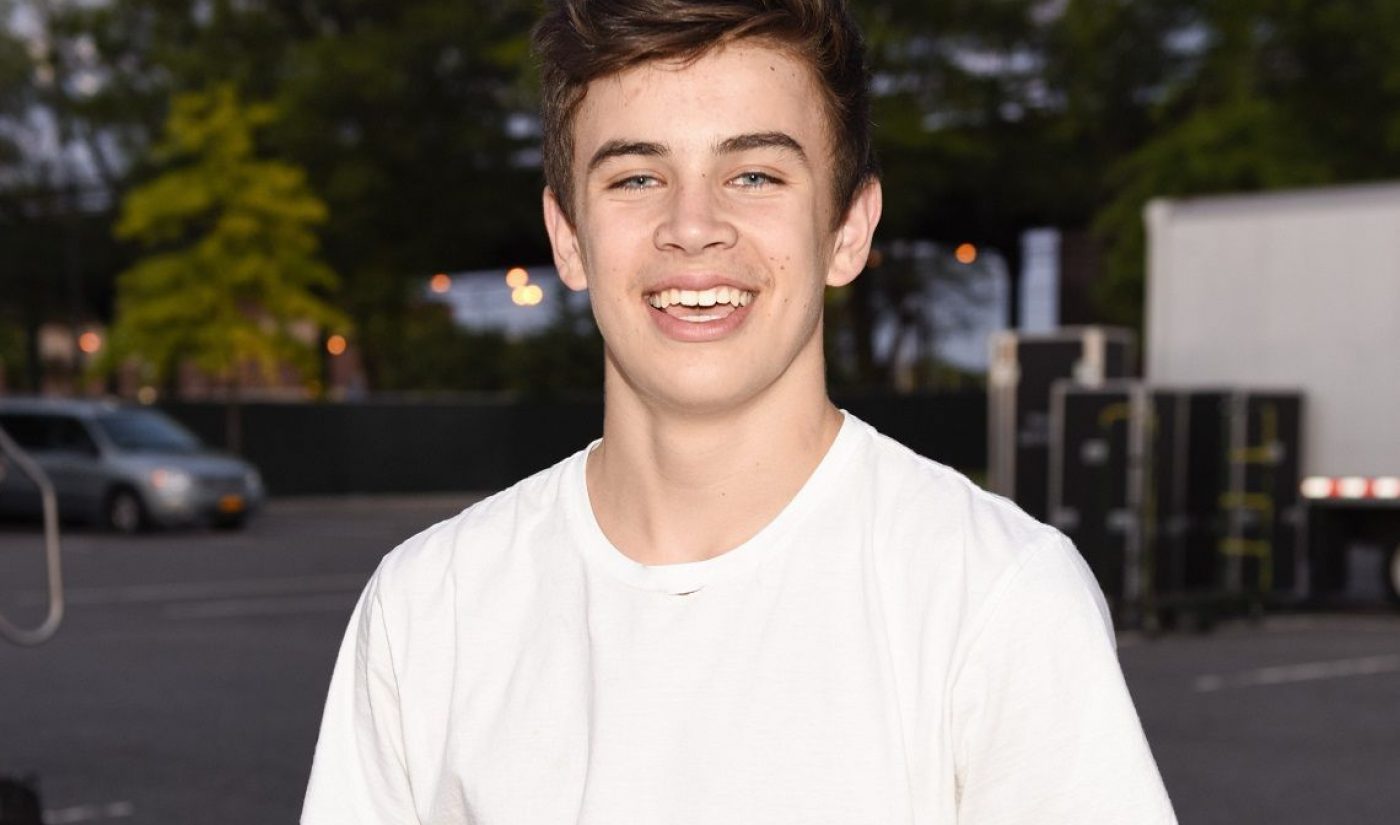 Hayes Grier is now working with a talent agency to help him navigate his career. The 15-year-old burgeoning entertainment talent and brother of fellow social media superstar Nash Grier (both of whom rose to prominence on Vine) has signed with entertainment and sports talent firm Creative Artists Agency (CAA).

Grier, who currently boasts over 4.1 million followers on Vine, will get representation in all areas under his CAA deal. The agency will work to create various business opportunities for Grier in areas like film, television, digital distribution, publishing, endorsements, and personal appearances. The teen Vine personality is currently a part of AwesomenessTV’s partner network, and is managed by 26 Entertainment.

Like his brother Nash (who’s set to appear in Fullscreen’s newest film The Outfield), the younger Grier has expanded his reach outside of Vine’s platform. The 15-year-old is one of the participating dancers on season 21 of ABC’s Dancing with the Stars, and holds the title of youngest-ever male contestant on the show. Grier has also the co-founder of The Challenged App, an iOS mobile app which lets brands or individuals start socially-minded challenges and compete to win prizes and benefit charities.

Grier claims more than 12 million followers across all his social accounts.