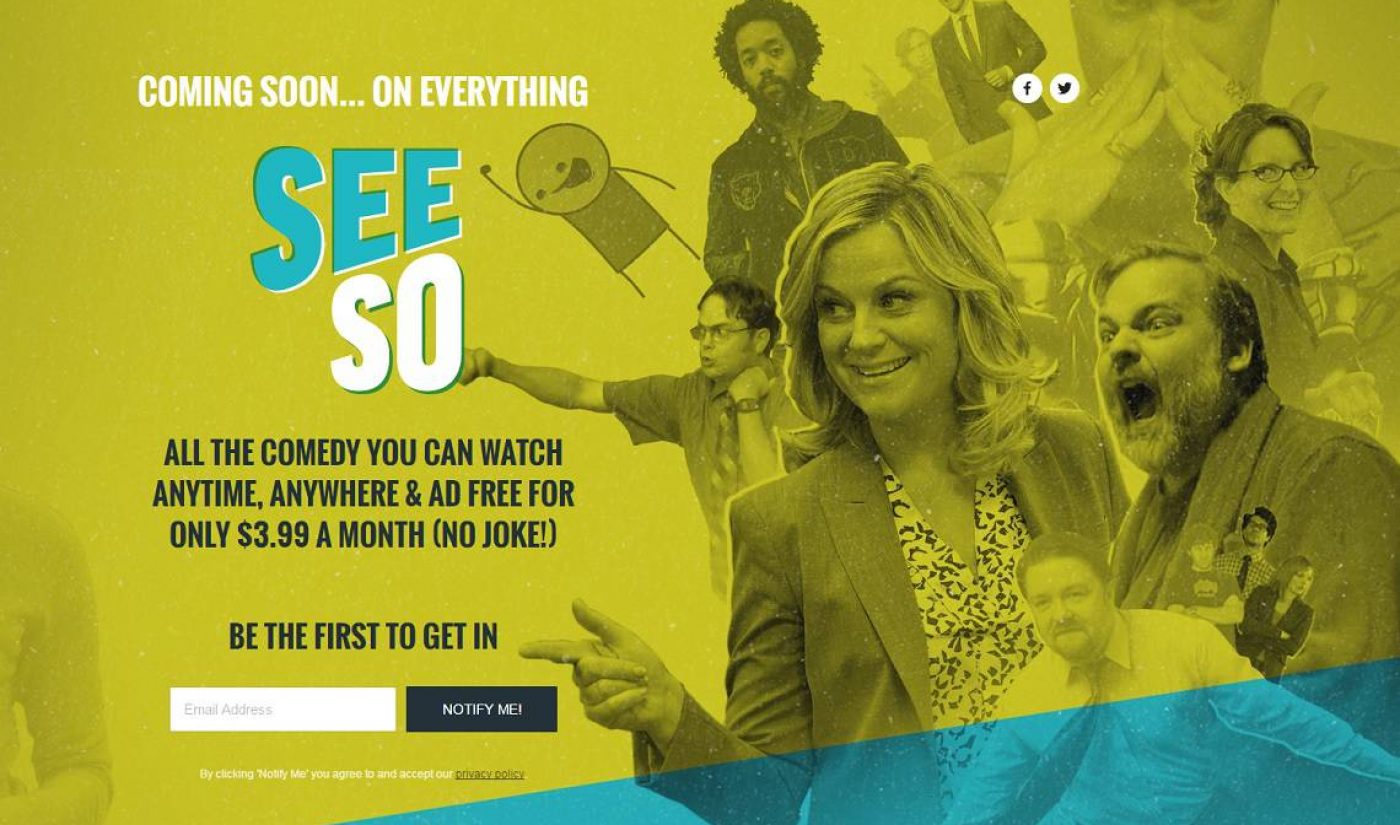 NBCUniversal (NBCU) has finally revealed more about its upcoming streaming video service. The entertainment giant and parent company to television network NBC has announced the SVOD service SeeSo will launch in the first quarter of 2016.

NBC originally announced plans for its comedy subscription service back in March 2015. At the time, no details were cemented in place. Now, NBCU has outlined far more of what SeeSo will entail. According to Variety, EVP of NBCU Digital Enterprises Evan Shapiro said the network will provide 10-15% of the service’s content for free to convince users to sign up for the $3.99-per-month platform.

In terms of content, SeeSo is digging into NBCU’s collection of classic and owned properties as the service’s go-to comedy titles. The streaming service will boast all 40 seasons of Saturday Night Live (including episodes that aired a day earlier on linear TV), The Tonight Show Starring Jimmy Fallon, Parks and Recreation, Late Night with Seth Meyers, 30 Rock, The Kids in the Hall, Saved by the Bell, and both the UK and U.S. versions of The Office.

Within its first year, SeeSo will also create about 20 original series, such as The UCB Show with Amy Poehler and a new animated series from Dan Harmon, creator of Community (which now somewhat ironically streams on Hulu after NBC cancelled the show). Shapiro said SeeSo will also contain daily standup specials and, at some point, live comedy specials. The new service will also stream about three-to-five movie titles per month, including Fast Times at Ridgemont High.

“The big niche we’re focusing on is comedy,” Shapiro said at an NBC press event announcing SeeSo. “It’s the most popular genre out there by a long stretch, by a Secretariat stretch.” The EVP also noted SeeSo’s goal is to complement the big streaming services like Hulu and Netflix, which aim to provide a variety of content for all audiences much like Shapiro said the broadcast networks “around 1978” tried to do.

SeeSo will be available on seeso.com, mobile devices, and over-the-top platforms as a private beta product in December 2016, with official launch set for January 2016. NBCU is also in talks with pay-TV providers to add SeeSo as an add-on service for cable subscribers.