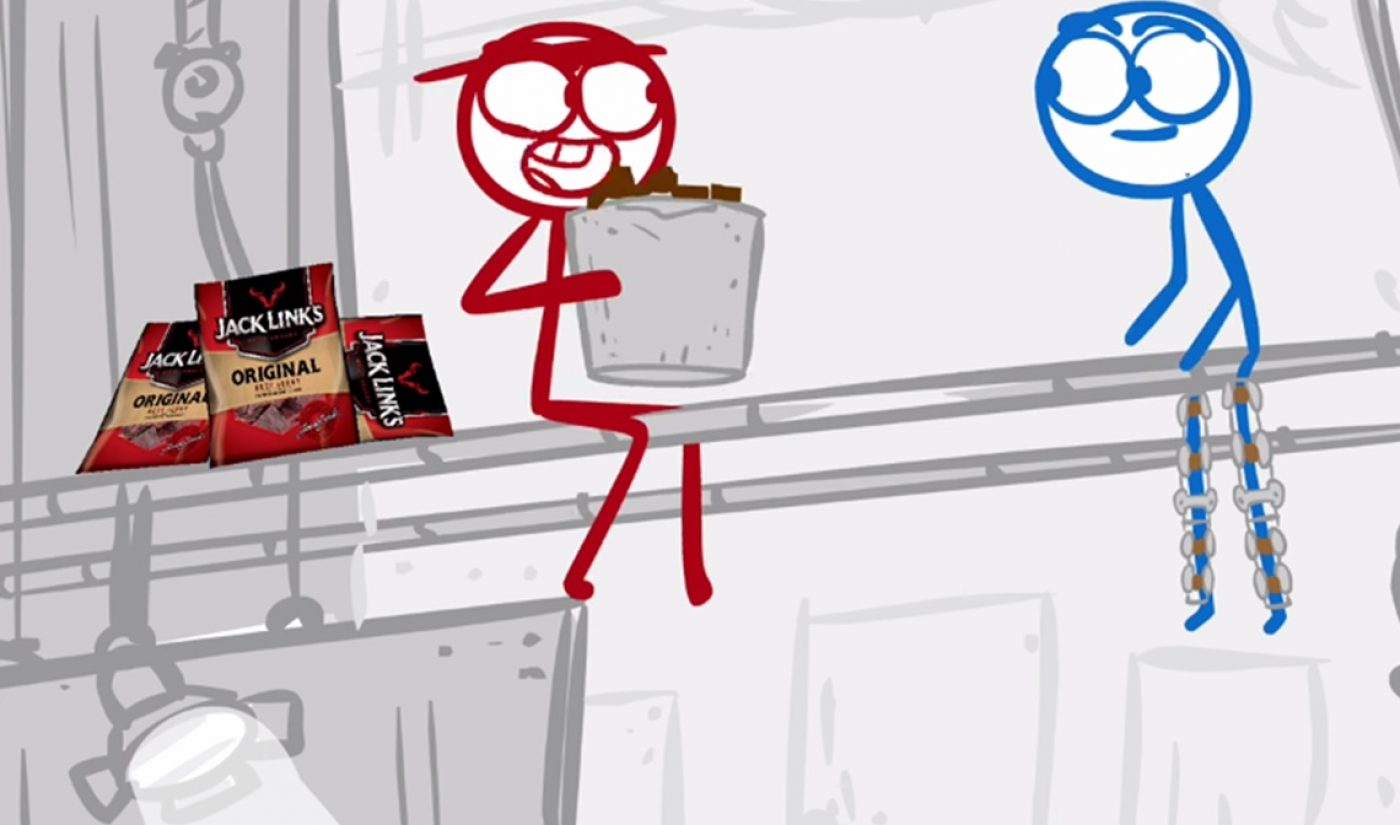 Dick Figures is back, and it has brought a hairy character to its latest party.  Zack Keller and Ed Skudder’s web series (which spawned its own movie in 2013) has returned with a three-episode series of branded videos sponsored by Jack Link’s beef jerky.

The first of the three new videos arrived on the Mondo Media YouTube channel on October 1st. In it, the crudely-drawn Dick Figures protagonists (who have always had a penchant for pranks) look to pull a fast one on Sasquatch during a homecoming dance. Regular TV viewers will recognize this as a spin on Jack Link’s long running Messin’ with Sasquatch ad campaign, in which passersby encounter Bigfoot, yank his chain in some silly way, and receive due punishment when the legendary cryptid retaliates.

Given their shared interest in slapstick humor, Dick Figures studio Six-Point Harness and Jack Link’s ad agency Carmichael Lynch are natural partners. The videos appear to perturb some Dick Figures fans, who, if their comments are any indication, are hungry for more unsponsored episodes after waiting more for a year for them, but other viewers have come to the conclusion that beef jerky-loving Dick Figures is better than no Dick Figures at all.

If you fall into the latter group, you can return to the Mondo Media channel on October 19th, when the second episode of the series will be released. The third and final installment is slated to arrive sometime in November.