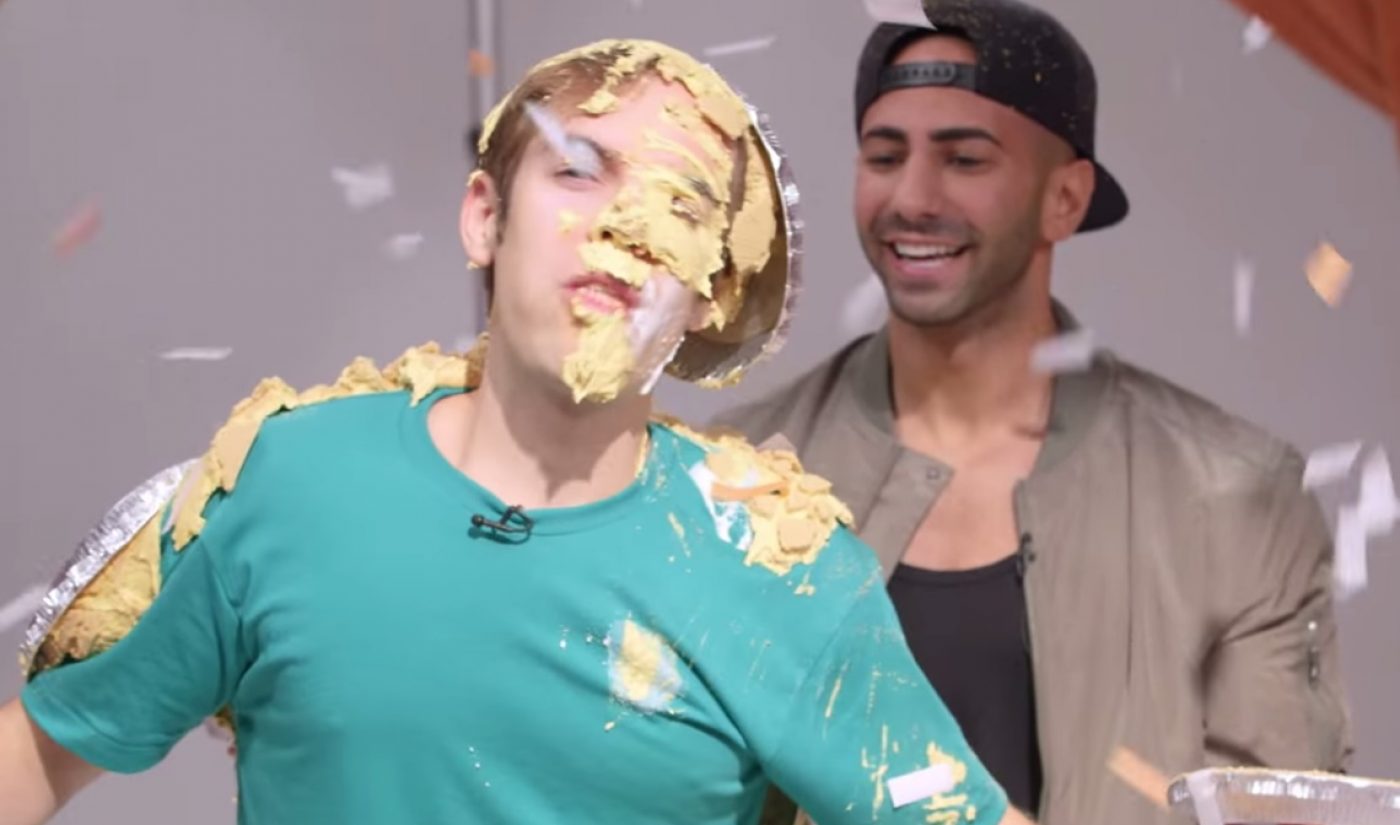 Yousef “FouseyTUBE” Erakat, a recent Streamy Award winner for Show of the Year, is one of the premier pranksters on YouTube. For that reason, when Quest Nutrition wanted to film a prank video to promote its pumpkin pie-flavored protein bar, it turned to him for some help. In an epic, 18-minute video, FouseyTUBE invites six YouTube stars to join him for a collaboration, only to greet them with a pie to the face instead.

The six YouTube stars who serve as FouseyTUBE and Quest’s victims are Joey Graceffa, Rebecca Black, iJustine, Jacksfilms, Mike Rashid, and Claudia Sulewski. One by one, they are all invited into a studio, where they are told they are filming a video that matches the tone of their individual channels. iJustine, for instance, is asked to complete a pie-based challenge, while Graceffa is sent to a fake game show all about pie.

Given FouseyTUBE’s penchant for pranks, his six victims probably knew what sort of treatment to expect. That doesn’t make it any less funny, however, when they inevitably take their respective pies to the face. We also get some slow-motion replays, which are even funnier. The entire video can be viewed on Quest’s YouTube channel. It is broken down into six sections, and viewers can switch between each iteration of the prank thanks to annotations embedded within the video.

FouseyTUBE’s antics are a good start, but Quest doesn’t believe the pie-in-the-face treatment should be reserved for YouTube stars. Instead, it has launched an app on which pranksters can share pictures of their pied friends. If your pals are the sort of people who would enjoy that kind of practical joke, well, we can only tell you to be vigilant.