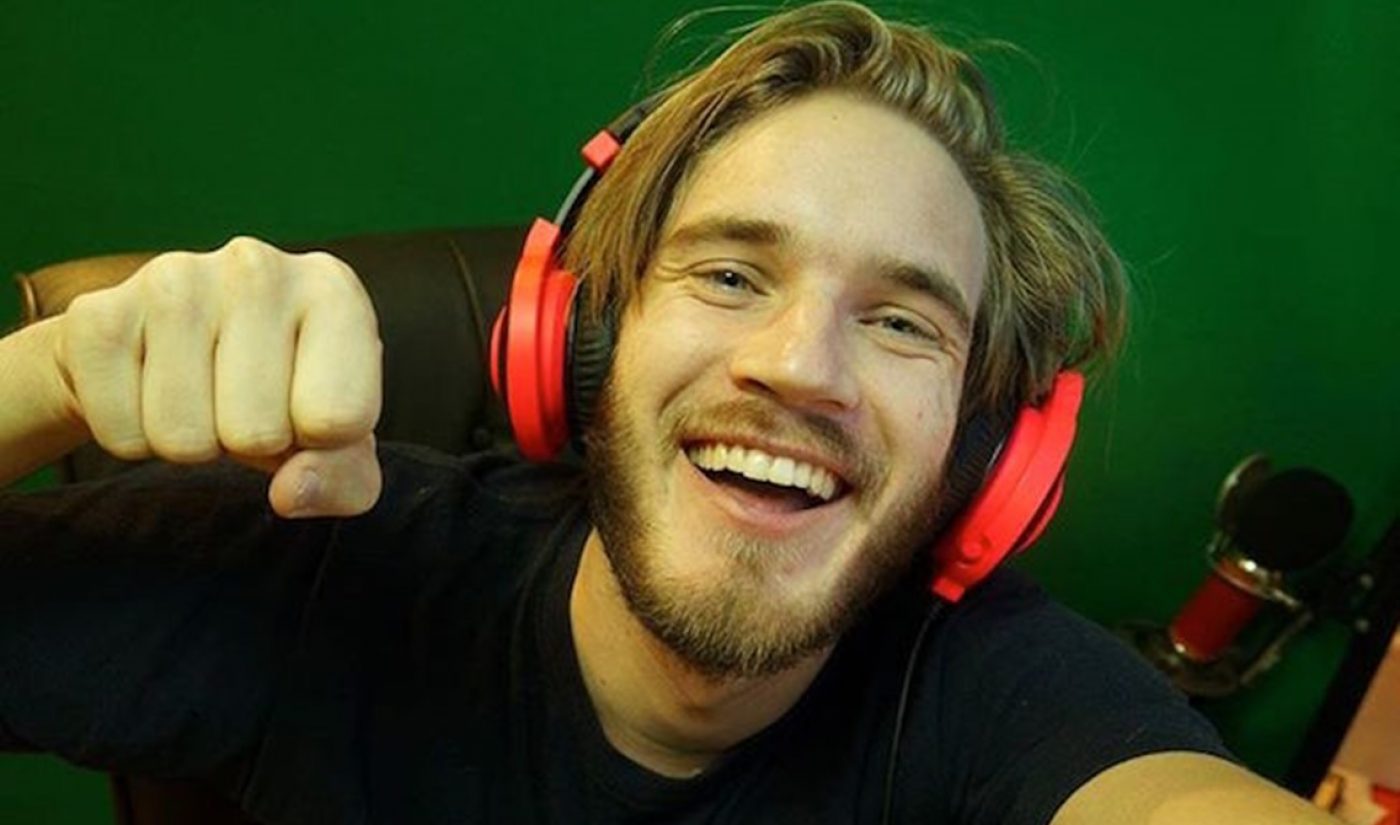 When Stephen Colbert’s guests arrive on stage, the Late Show host usually greets them with a handshake or embrace. On October 1st, Colbert might want to opt for a bro-fist instead. On that day, he will welcome YouTube star Felix “PewDiePie” Kjellberg as one of his Late Show guests.

We can’t say for sure what Colbert and PewDiePie will talk about, but there are plenty of relevant topics they could potentially cover. Recently, one of Colbert’s competitors in the late night arena, Jimmy Kimmel, caused a stir when he poked fun at current trends like ‘Let’s Play’ videos and Twitch streams. After receiving backlash from his viewers, he invited YouTube gamers Markiplier and MissesMae onto his show to instruct him about the world of gaming videos. PewDiePie, who is known for his own Let’s Play videos, could give Colbert his own late night video game lesson.

YouTube’s creative community also had another recent moment in the spotlight on late night TV. In August, James Corden, whose Late Late Show follows Colbert’s Late Show on CBS, came to YouTube Space LA to film an entire episode dedicated to YouTube and its homegrown stars.

We praised Corden’s YouTube episode for the host’s respectful-yet-humorous interactions with his guests. Colbert, who has already positioned his Late Show as a place where even the most controversial guests can freely speak their minds, would be wise to adopt a similar tone with PewDiePie, whose histrionic style has made him one of YouTube’s most polarizing stars. No matter what approach Colbert chooses, though, many views are bound to follow. PewDiePie has nearly 40 million subscribers, and you can bet a big portion of those “bros” will tune in to see their man make his late night debut.