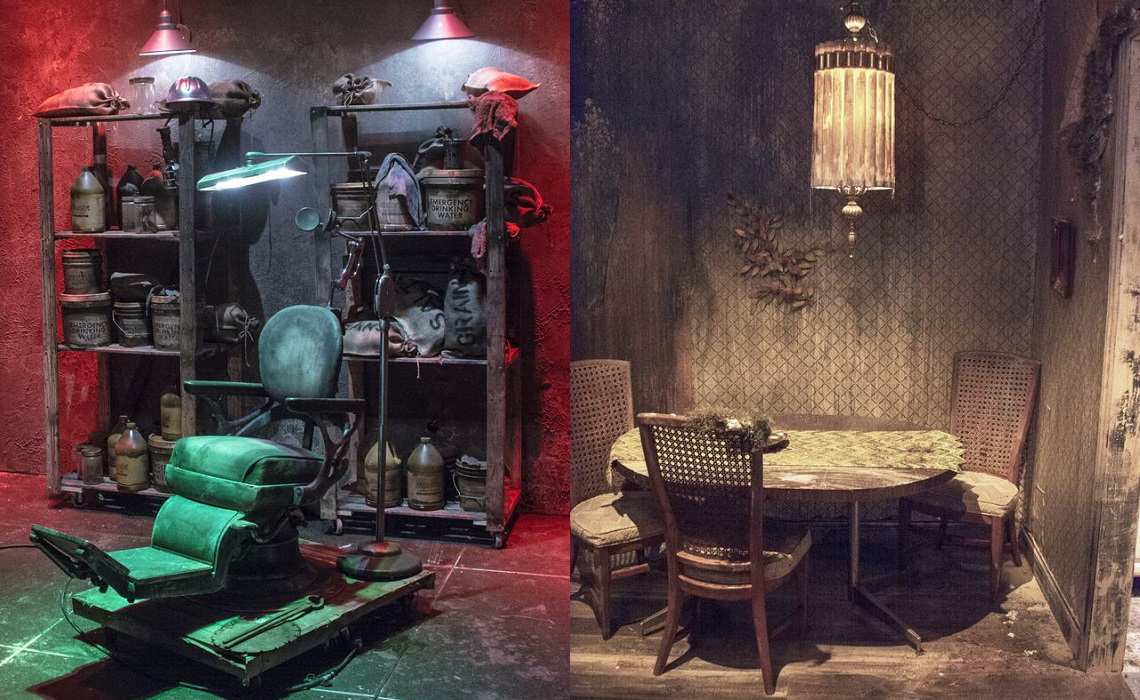 YouTube Space LA is getting its scary on. The Playa Vista-based facility partnered with comic publisher Skybound Entertainment and The Walking Dead comic book creator Robert Kirkman to host a Halloween-themed set and program to help creators develop some spook-tacular content.

Starting September 15 and ending October 29, 2015, YouTube creators who have at least 10,000 subscribers and have completed the “Unlock the Space” program will be able to use a dedicated set at YouTube Space LA to film and edit their Halloween videos based on the theme “What happened here?”. The creepy, run-down set is inspired by Kirkman’s works. Beyond The Walking Dead, he’s also known for titles like Image Comics’ Invincible and Haunt. This 360-degree video reveals the set currently housed at YouTube Space LA for the Halloween program:

All videos developed by creators at YouTube Space LA’s Halloween set will go live on individual creators’ channels starting October 26. The clips will also be spread across social media and hosted on YouTube Spaces’ channel, as well as Skybound’s official channel.

These fifteen YouTube creators also have the chance to win a development deal with Skybound Entertainment. Their final projects will be screened at YouTube Space LA in late October. The winner of the development deal will also be announced at that time.

YouTube Space LA has played host to various Halloween initiatives in the past. The Google-owned production venue worked with Legendary Entertainment and director Guillermo del Toro in 2014 to host a film competition and develop Toro-inspired Halloween sets. In 2013, YouTube Space LA held the Scream Lab program where various creators were turned into zombies and created their own horror-esque videos.

You can catch the upcoming round of Halloween videos starting October 26 on the YouTube Spaces channel. If previous years are any indication, be prepared for a few scares.