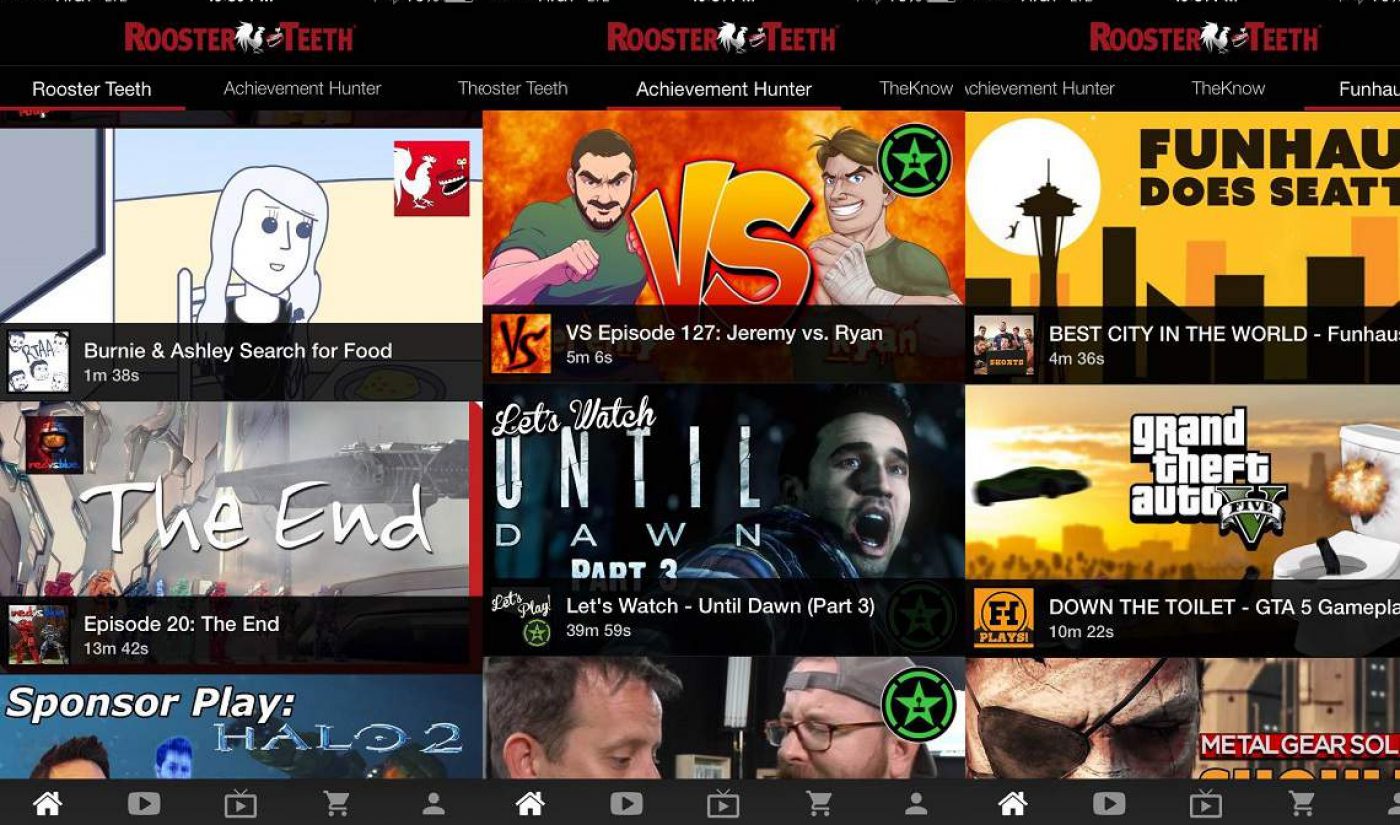 Rooster Teeth just made it easier for its fans to watch both widely-available and exclusive content. The Austin-based production company has launched a new app for smartphones and tablets, which lets sponsors (fans who pay a subscription fee to get early access to content, among other things) watch programming created only for their entertainment.

Rooster Teeth previously debuted a mobile-friendly app in November 2014. At the time, the app hosted most of the production company’s content from its owned shows and brands like Achievement Hunter and The Slow Mo Guys. However, Rooster Teeth’s initial app came without the ability for sponsors to log in and see exclusive programming, which was still restricted to Rooster Teeth’s site.

The recently-released version of Rooster Teeth’s app is an update to its predecessor. The mobile video platform now allows sponsors to view both classic Rooster Teeth programming and premium content saved for their eyes only. Users can sign in to their sponsorship accounts via the app, or sign up to be a sponsor if they aren’t already. Fans who wish to watch Rooster Teeth content free of charge can still view non-exclusive content on the company’s site or YouTube channels.

“With the release of our new app and the recent re-launch of our mobile-optimized website RoosterTeeth.com, our fans really have more freedom as to how they want to watch their favorite Rooster Teeth shows,” said Matt Hullum, Rooster Teeth CEO and Co-Founder, in a release. “We’ve had amazing support for years from our loyal Sponsor community, and easier access to content and the rollout of exclusive new shows gives them even more value.”

Users of Rooster Teeth’s old mobile app may want to uninstall the old app and update to the new one, though. A company rep said the new app’s features aren’t available on the old version, which will not be updated or maintained by Rooster Teeth’s tech staff.

You can download the updated Rooster Teeth mobile app for free via the iTunes App Store or Google Play. You can also register through the app or on roosterteeth.com/sponsorship to sign up for a free 30-day trial; after that, sponsorships start at $4.99 per month.