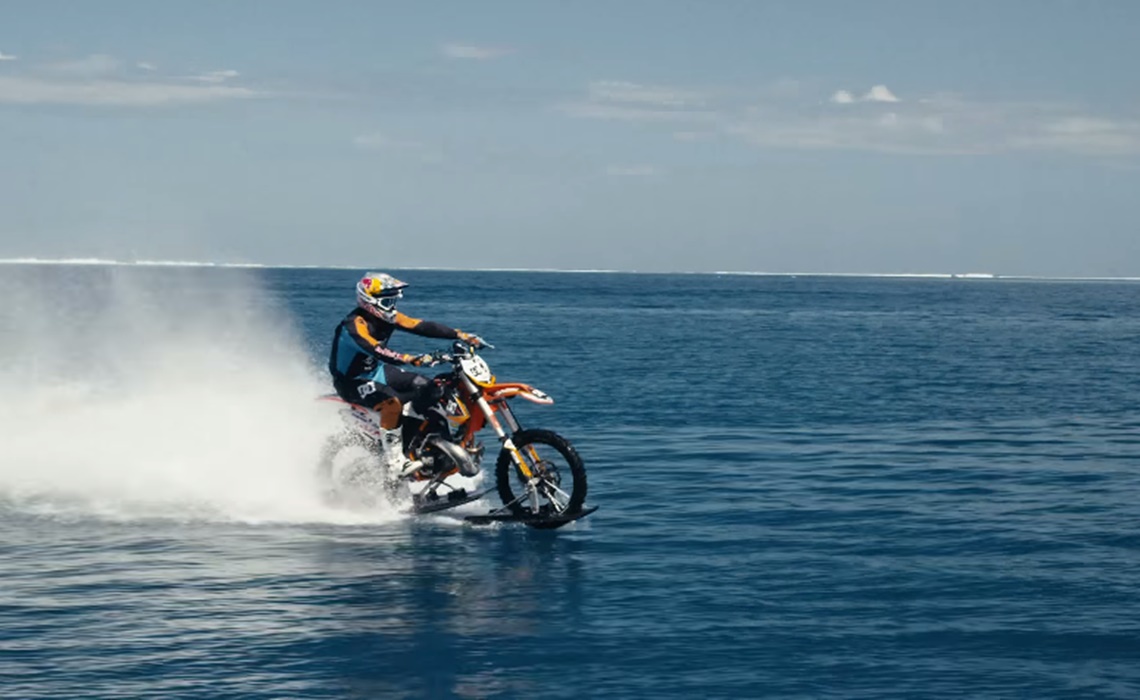 Each month, YouTube reveals the ten branded videos released with the past 30 days that received the most views (both paid and unpaid) on the site. In August 2015, with major sporting events like the US Open and NFL season opener right around the corner, that list was dominated by athletes. Seven of the top ten videos on the newest YouTube Ad Leaderboard focus on sports, with an innovate extreme sports campaign claiming the number one position.

DC Shoes, the company best known online for its stunning Gymkhana videos, cranked up the wow factor once again to claim the top spot. This time, it sent stunt biker Robbie Maddison to Tahiti, where he streaked across the surface of the ocean on a tricked-out motorbike. The unbelievable video has become a viral hit to the tune of 18.5 million views.

Of the three non-sports videos on YouTube’s latest Ad Leaderboard, two came from well-established campaigns. One, the latest installment of BuzzFeed and Purina’s Dear Kitten series, reached the number nine spot. The other, an Old Spice ad that pitted the deodorant brand’s two most famous characters against one another, made it up to sixth place. Both “The Man Your Man Could Smell Like” and Terry Crews are Ad Leaderboard regulars; I don’t think we’ve seen the last of their ridiculous Old Spice adventures.

Here, courtesy of YouTube, is the full top ten: