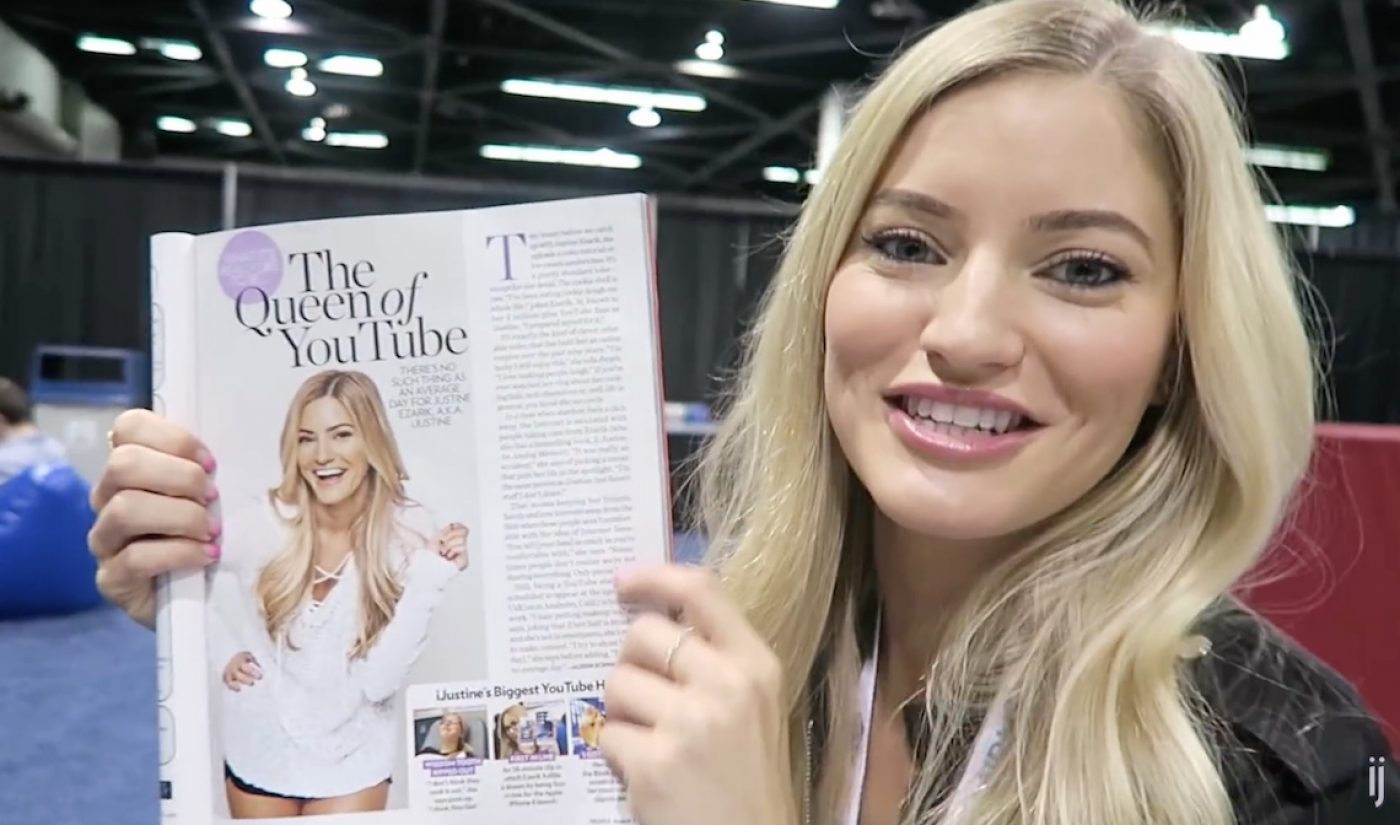 Aspyn Ovard is a YouTube beauty, lifestyle, and fashion guru who uploads videos about 5 Easy & Cute Summer Hairstyles, MY SCHOOL ROUTINE!, TRYING GREEK CANDY!, and all the poppy teen and pre-teen stuff in between to an audience that’s composed of more than one million Instagram followers and 2.6 million YouTube subscribers across two separate channels. And the girl just got engaged.

Ovard’s boyfriend Parker Ferris (with whom she shares her vlog channel) popped the surprise question while the pair was on a recent romantic getaway to Greece. After the news broke, the couple’s fans and family were ecstatic and showed their ardent and heartfelt support on social media.

The Ovard-Ferris engagement is one of the latest bits of celebrity gossip and news concerning social media stars published by the fortysomething-year-old American magazine that has one of the largest audiences of any periodical in the US. It’s also representative of how just how sincerely zealous the publication is about its coverage of this burgeoning brand of newfangled celebrity. Ovard is popular, for sure, but her visage isn’t yet plastered on billboards and television sets around the world. Still, People is giving her ink (in addition to the ink it gives those online video stars whose faces are plastered on billboards and television sets around the world).

“The People and EW brands reach 20 million millennials and is growing,” Jess Cagle, Editorial Director of People and Entertainment Weekly, explained to Tubefilter. “In fact, People was one of only 11 media brands invited by Snapchat to launch on its Discover platform back in January. So, it only makes sense that now is the time to cover these popular content creators, since they are the newest crop of celebrities and rising stars.”

That coverage has so far manifested in a growing number of stories featuring online video talent and more real estate in the physical magazine devoted to photos and coverage of social media celebrities (like that iJustine feature you can see in the photo above). The tone of that coverage is refreshing, too, in that you can’t tell a difference between it and the other news People writes about celebrities from other entertainment mediums. Stories aren’t quarantined to a digital section of the site or preceded by a qualifier explaining what the subject matter is and why it’s worth covering. “Our staff is covering digital video stars the same way we cover movie and TV stars,” Cagle said. People’s big brick and mortar presence at VidCon is also a testament to its increasingly enthusiastic coverage of the online video space. People and Entertainment Weekly collectively hosted the Creator Track Interview Stage at the annual event for the online video industry, its stars, and their fans. The platform played host to a laundry list of stars (iJustine, Joe Penna, Louise Pentland, Lilly Singh, Toby Turner, Andrea Russett, Lohanthony, Ingrid Nilsen, Connor Franta, and Felicia Day to name just a few) who engaged in candid conversations in front of screaming supporters.

“Having a presence at VidCon was crucial,” Cagle noted. “YouTube personalities have become celebrities in their own right, rapidly amassing loyal audiences in the millions. It is a natural progression for People to cover these popular personalities in a 360-degree way – in print, digital, video, social, experiential, and more.”

People’s acknowledgement of the celebrity status of YouTube and other social media stars is the most recent (and possibly the most substantial) example online video supporters can use in a larger pop cultural argument that asks the question, “Are these people really famous?” If the fact that YouTube and online video stars now have their own wax figures, best-selling books, clothing lines, and sold-out worldwide tours doesn’t convince the general public of their established appeal, perhaps reading about all of those things in the pages of People will.