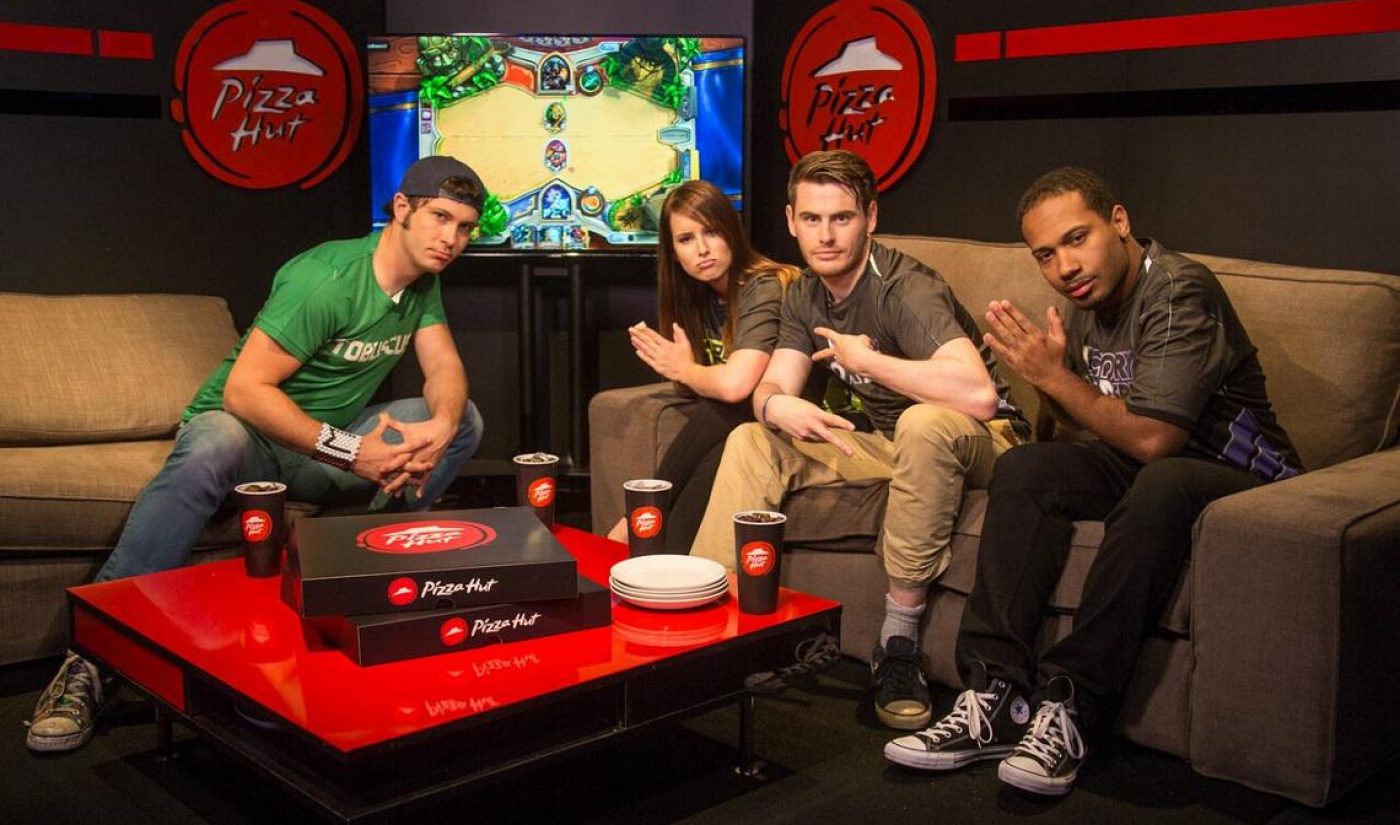 Endemol Beyond USA has a new brand partner (and a new network) for one of its upcoming series. The YouTube multi-channel network has partnered with Pizza Hut to launch Legends of Gaming on the upcoming gaming and eSports vertical called Smasher Network on October 7, 2015.

Hosted by YouTube star Toby Turner (aka Tobuscus), Legends of Gaming is a gaming competition show (based on Endemol’s original British series of the same name) where four teams of two players square off against each other in various eSports battles. Legends of Gaming will integrate Pizza Hut content into its episodes and will be the first series launched on Smasher. Endemol started filming Legends of Gaming at YouTube Space LA in August 2015 and announced the cast, which includes The Jovenshire, The Syndicate Project, Terroriser, TmarTn, OMGitsfirefoxx, iiJERiiCHOii, Lui Calibre, and runJDrun. These gamers will be coached by digital stars Fatal1ty, Perfect Legend, HotShottGG, and Hafu; the Legends of Gaming coaches alone collectively boast 43 million subscribers across all their YouTube channels.

“We could not be more excited to have Pizza Hut on board for both the launch of Legends of Gaming and our new eSports and gaming network Smasher,” said Endemol Beyond USA’s SVP of Sales Jeff Browning in a release. “Pizza Hut understands the huge appetite that today’s millennials have for both high quality e-sports content, along with amazing pizza and jumped on the opportunity to be part of this ground-breaking digital opportunity.”

This is not the first time Pizza Hut has gotten on board with the digitally-minded crowd. In November 2014, the pizza restaurant chain turned to Fullscreen creators like Rooster Teeth and Jack & Jack to develop new pizzas for its menu. Pizza Hut then sponsored Rooster Teeth’s annual convention RTX 2015 in Austin, complete with free pizza for attendees.

You can catch the first episode of Legends of Gaming on Endemol Beyond USA’s Smasher Network channel on October 7.