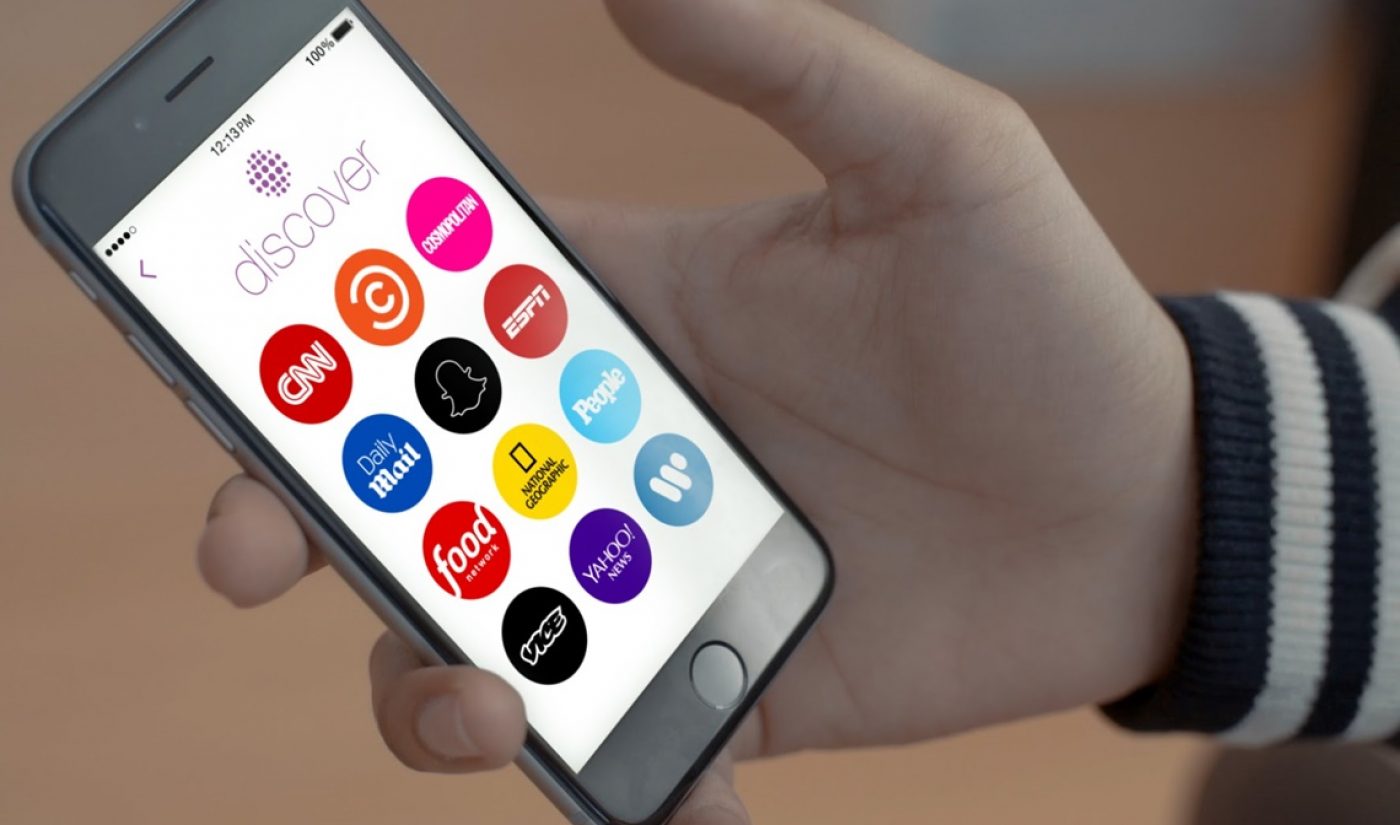 Seven months after it first launched, Snapchat’s branded content portal is expanding. The messaging app’s Discover section, on which users can find text, image, and video updates from media companies, digital publishers, and other participating brands, has added Mashable, Tastemade, and IGN to its roster.

Of the three new additions, Mashable is the most intriguing. The publication, which covers social media and Internet culture, has frequently used the newest platforms to deliver fun updates for its followers. It has created fun six-second videos for its Vine channel and has experimented with all sorts of content on its official Snapchat hub.

“Mashable is very excited to be joining Snapchat Discover, which we believe is a unique storytelling format that puts the narrative first and allows for an exciting mix of videos, shareable interactives, animations, illustrations and articles like nothing else in digital storytelling,” said Mashable CMO Stacy Martinet. “The Mashable Discover channel will feature next level tech and digital culture in a way that’s native to Snapchat.”

Tastemade will become the second food brand on Discover, joining the Food Network. Its Snapchat presence extends from its YouTube network, where it delivers artsy food videos to millions of viewers.

IGN, on the other hand, fills in a gaming niche that Discover did not cover previously. Like Tastemade, IGN’s has established itself on YouTube, where its official channel has more than six million subscribers.

The last time it added new brands to Discover, Snapchat also removed others, thus maintaining an equilibrium of 12 Discover publishers. This time, there are no brands leaving the app, so Discover will increase to 15 publishers. That will require a slightly more crowded design, but the extra content will be more than worth it.