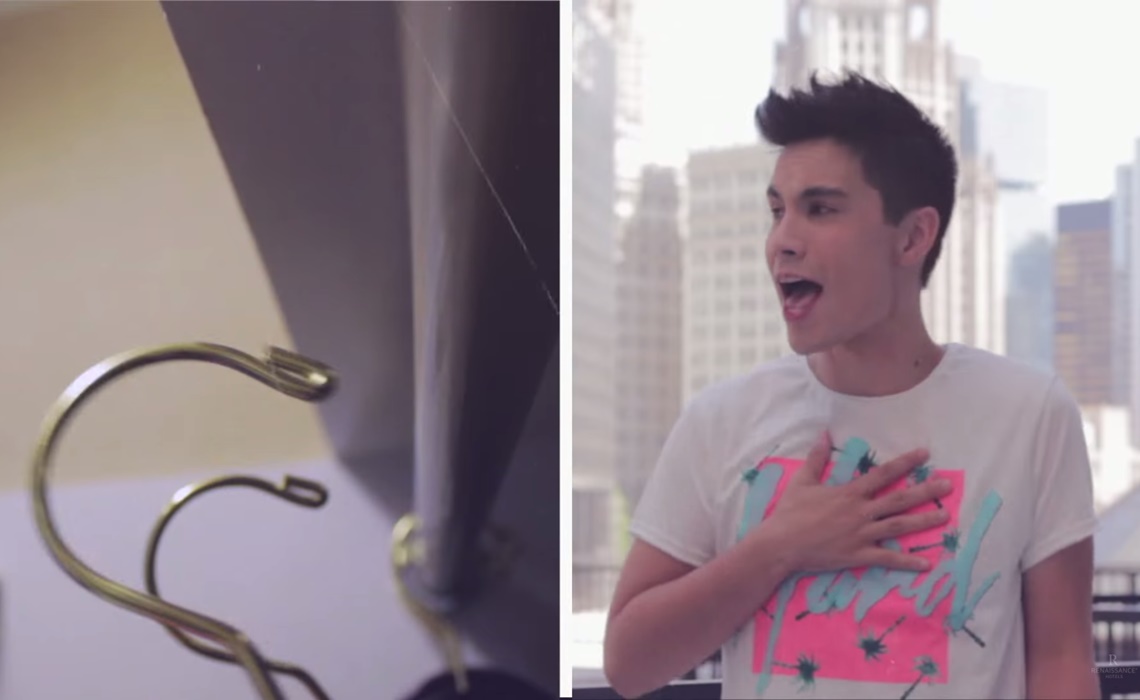 Through its content studio, Marriott has teamed up with digital media stars and delivered high-quality branded videos on the web. For the hotel company’s latest partnership, it paired its Renaissance Hotels brand with YouTube star Sam Tsui, who used the many sounds of a hotel room to create a new music video.

Tsui, who has more than 2.1 million subscribers on his YouTube channel, filmed the video during his stay at a Renaissance hotel during the Lollapalooza music festival in Chicago. By running his hands under running water, tapping water glasses, and playing with clothes hangers, Tsui creates a percussive beat that, when mixed with his powerful voice, creates a catchy jam. It’s a solid effort and Renaissance’s first collaboration with a YouTube star. It’s also reminiscent of a video Kurt Hugo Schneider (a frequent collaborator of Tsui’s) made with Buick. Check it out on the Renaissance YouTube channel:

Based on the annotations that appear on Tsui’s video, Renaissance seems like it will produce more tunes with well-known musicians, so we’ll keep an eye out for future collaborations.