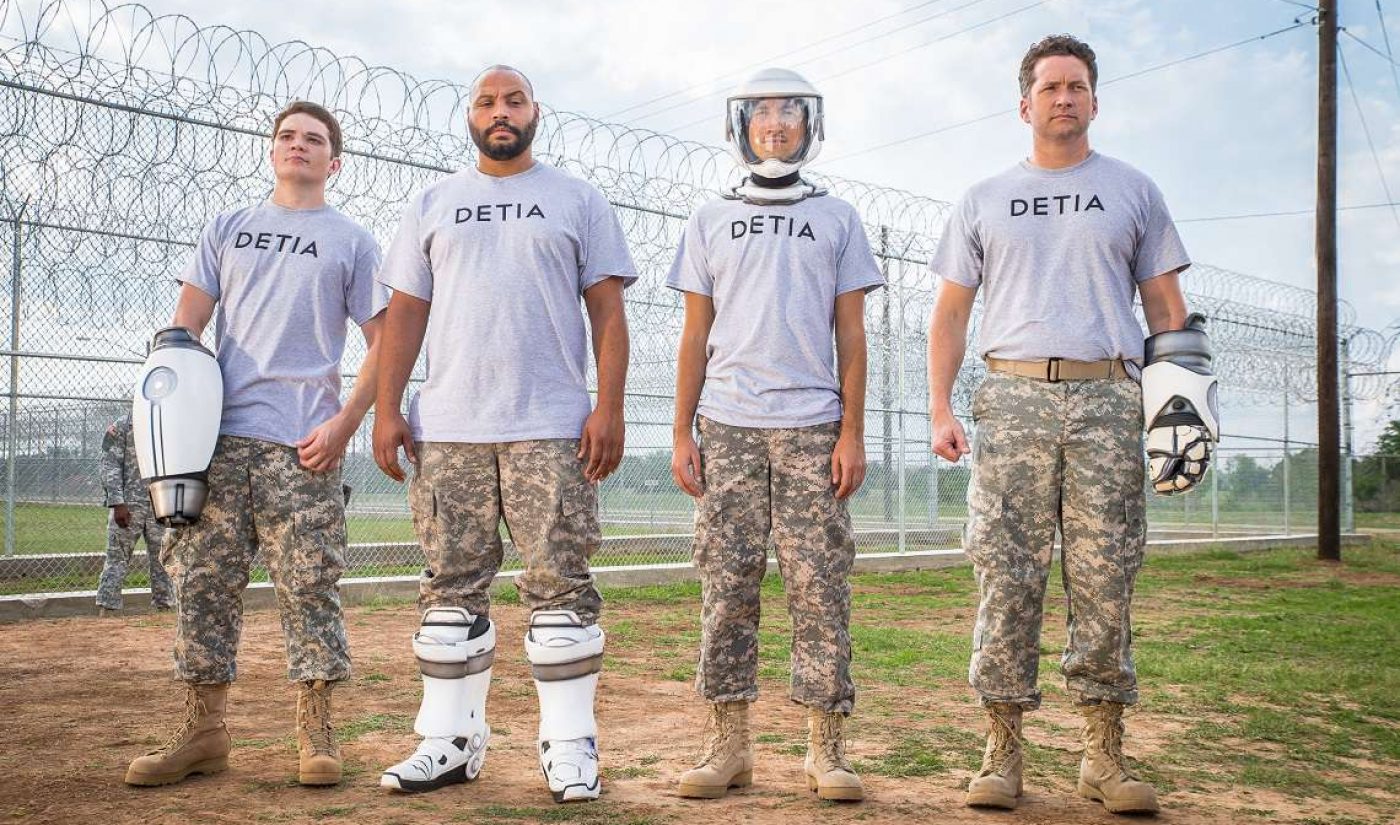 Presented by Fullscreen (Rooster Teeth’s parent company) and its recently-launched film department, Lazer Team tells the story of four hapless idiots who accidentally don various pieces of a genetically-linking super suit, originally intended for the Champion of Earth to defend the planet from an oncoming alien invasion. The film stars Burnie Burns, Michael Jones, Gavin Free, Colton Dunn, and Alan Ritchson, who will all be in attendance at the Lazer Team world premiere for a post-screening question-and-answer session.

Lazer Team was originally launched as an Indiegogo campaign by Rooster Teeth in June 2014. The production company managed to raise over $1 million in just three days, and then went on to top off at over $2.4 million. This sum made Lazer Team the most-funded feature film of all time in Indiegogo’s history. Rooster Teeth announced the principal cast and began production on Lazer Team in October 2014, and released the flick’s official trailer in March 2015.

“It’s a tremendous honor to hold the World Premiere of our first feature film in our home town,” said Lazer Team director and Rooster Teeth CEO Matt Hullum in a release. “Getting to this point has been an incredible journey, and we couldn’t have done it without our talented cast and crew, the generous Indiegogo backers, and all of the fans that have supported us along the way.”

If you’re local to Austin, you can purchase a Fan badge to Fantastic Fest here, which will give you access to see the premiere of Lazer Team. Otherwise, you can purchase a 2nd Half badge and hope to catch a replay of Rooster Teeth’s feature film at some point during the second portion of the festival.