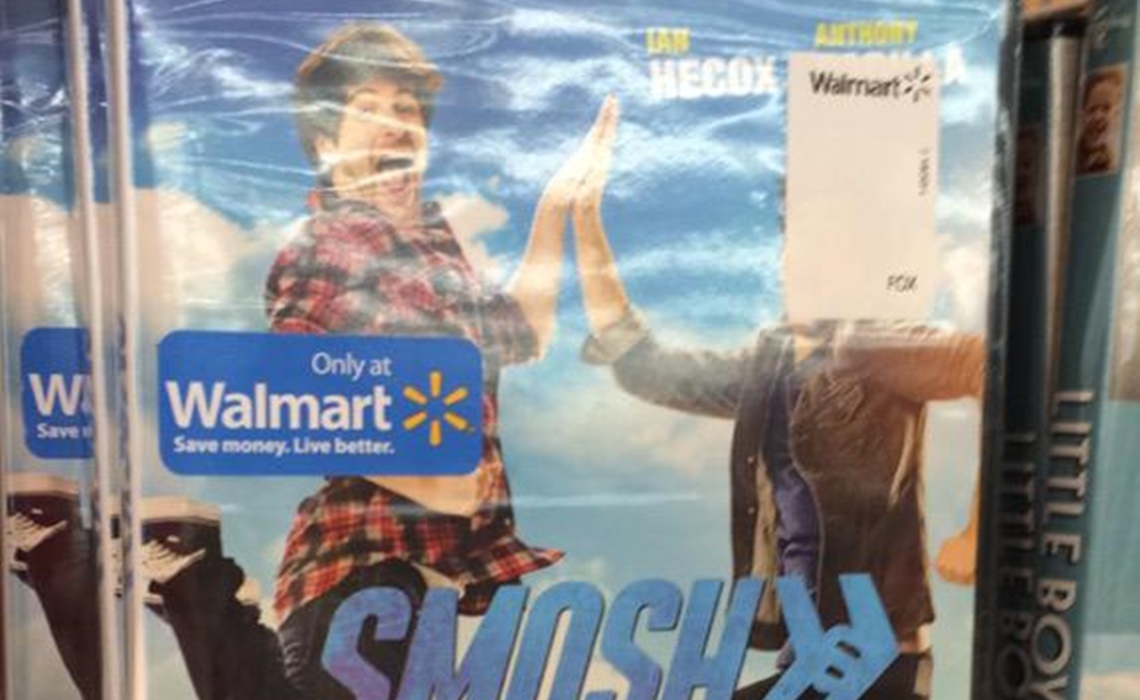 Note to Walmart stockers: Be mindful when placing your store’s stickers on DVDs. If you’re not careful, you may incite a Twitter hashtag. That’s what happened when a misplaced sticker blocking the head of Smosh star Anthony Padilla caused fans of the popular YouTube duo to launch a social media trend.

First, the necessary context: Smosh, which consists of Padilla and Ian Hecox, recently made the jump from YouTube to the big screen thanks to the release of Smosh: The Movie on July 24th. About a month later, on August 18th, the DVD version of Smosh: The Movie arrived at Walmart. Shortly thereafter, a Smosh fan encountered the DVD in the wild, and “flipped out a little” when she noticed a large Walmart sticker pasted on top of Padilla’s head.

Padilla himself soon noticed the initial tweet, and thus #AnthonyFaceGate was born. The relevant Twitter hashtag accumulated more than 2,000 tweets in two days, and it inspired Smosh fans to create photoshopped pictures and fanart drawings in which Padilla’s head is replaced by the Walmart sticker.

@smoshanthony If you look close, they put the sticker in hidden places all over the movie 😳 pic.twitter.com/HNkPKEXmZy

Walmart’s decision to give Padilla the Mike Wazowski treatment was probably an honest mistake, but the story of #AnthonyFaceGate shows that, when popular YouTube stars are involved, any mildly amusing phenomenon can lead to a social media blitz. Of course, if the DVD version of Smosh: The Movie is selling anywhere near as well as the video on-demand versions of the film, I don’t think Walmart is too upset about Smosh fans making jokes at its expense.