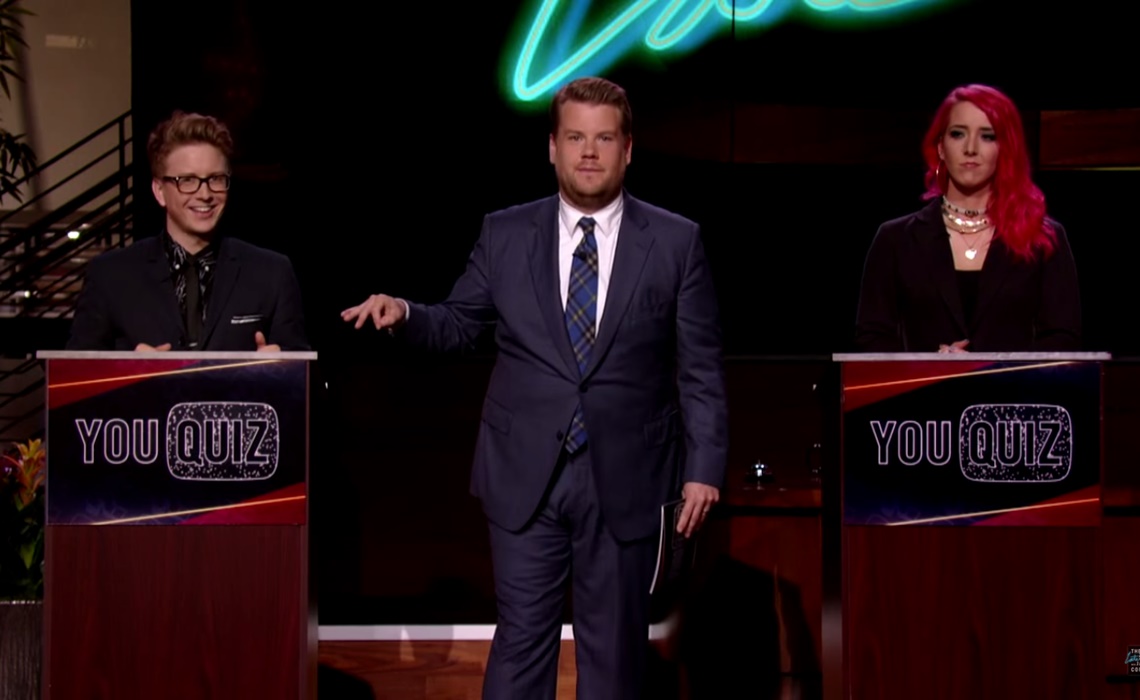 On August 21st, CBS aired an episode of The Late Late Show dedicated entirely to YouTube. Host James Corden came to YouTube Space LA and sat down with some of the video site’s most popular stars. For those who missed the episode’s TV broadcast, a handful of clips from the program are now available on The Late Late Show’s official YouTube channel.

The episode’s two primary guests were Jenna Mourey (aka Jenna Marbles) and Tyler Oakley, who chatted with Corden about their respective journeys to online fame and their personal favorite videos. They also battled each other in a YouTube quiz that required them to rank videos based on view counts, fill in missing words in comments, and recreate a dance video.

Interspersed between these segments were several others led by YouTube stars. Boyce Avenue and Epic Rap Battles of History delivered live performances, The Slow Mo Guys exploded a watermelon, and Kandee Johnson gave Corden a Barbie-style makeover. Johnson also joined Corden, Mourey, and Oakley to play a game in which they had to identify YouTube-themed objects by nuzzling up to them.

All in all, the episode was a clear success. Corden was respectful of the YouTube’s big stars, but he was not afraid to poke fun at the odd cultural phenomena the video site has created in its first decade of existence. The episode served as a strong advertisement for the YouTube community, and based on the traffic it generated on social media, it was a hit with viewers, too.