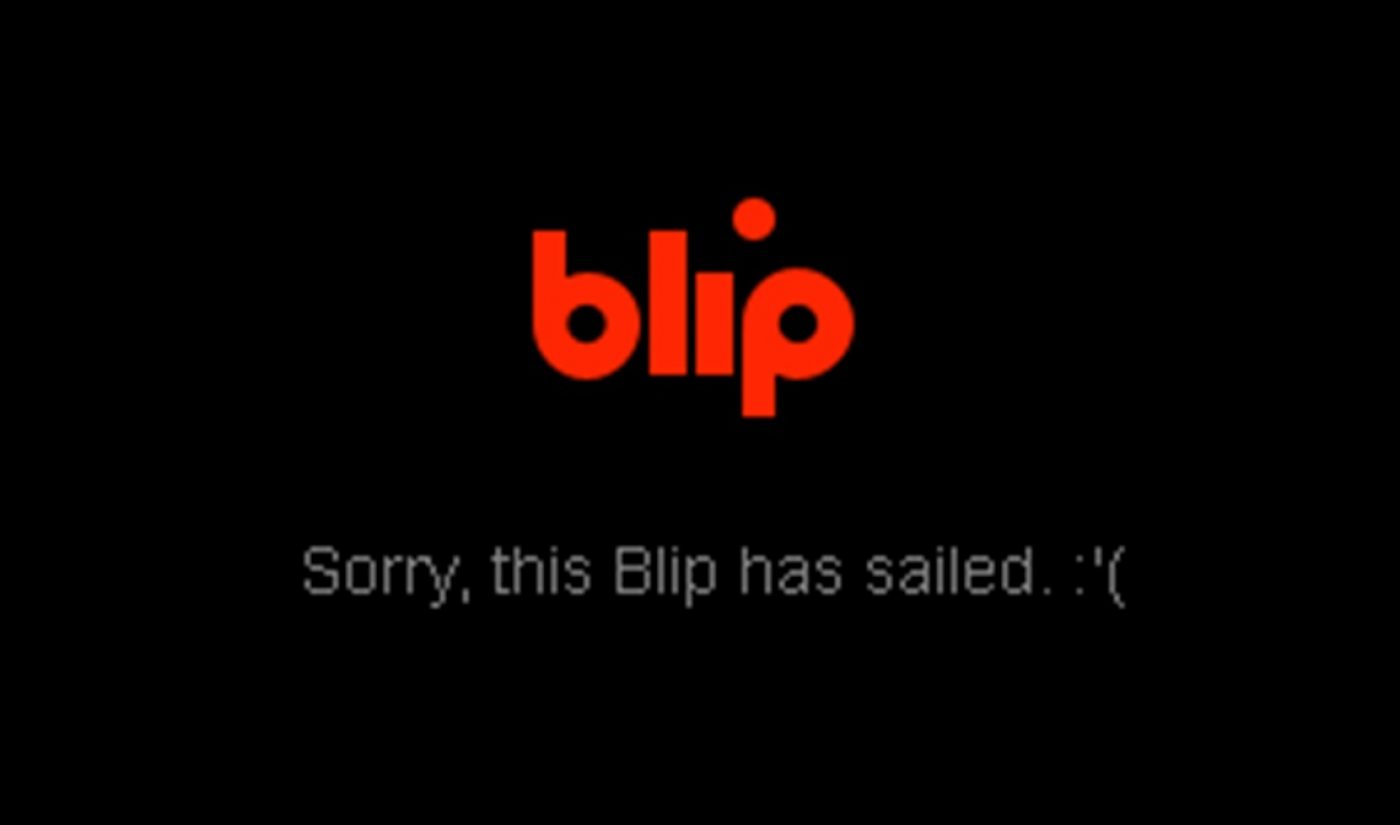 Blip is dead. Long live Blip. The online video platform, which for more than a decade was a hub for high-quality original content, has been shut down by its owner, Maker Studios.

Blip launched in 2005, just three months after YouTube opened its own doors. From the start, it feature a creator-focused approach, and it managed to attract thousands of video producers and hundreds of millions of views. Its best-known users included The Nostalgia Critic, who used it to host videos from his Channel Awesome network, and Michael Moore, who partnered with the platform to distribute his film Slacker Uprising. Blip pushed its creator-friendly model even further with the launch of Blip Studios in 2012.

At the same time, Blip struggled to turn a profit in a competitive industry, and it was ultimately acquired by Maker Studios in 2013. While Maker has made use of Blip’s technology and partnerships, it eventually marked the actual Blip platform as a vestigial video site and announced the decision to close it a month ago. In its place, Maker has directed Blip users to the content within its own network. “If you are a creator and you have a YouTube channel, we encourage you to apply to the Maker Gen network to take advantage of Maker’s tools and services,” reads a message that now appears on Blip’s homepage. “If you are a viewer, we encourage you to check out the great content from Maker talent at our new flagship site.”

In the end, I propose a toast to Blip’s decade of online video entertainment. And if the site’s demise is making you reminisce about its glory days, well, we know a guy who can help stir up those (and other) nostalgic feelings.