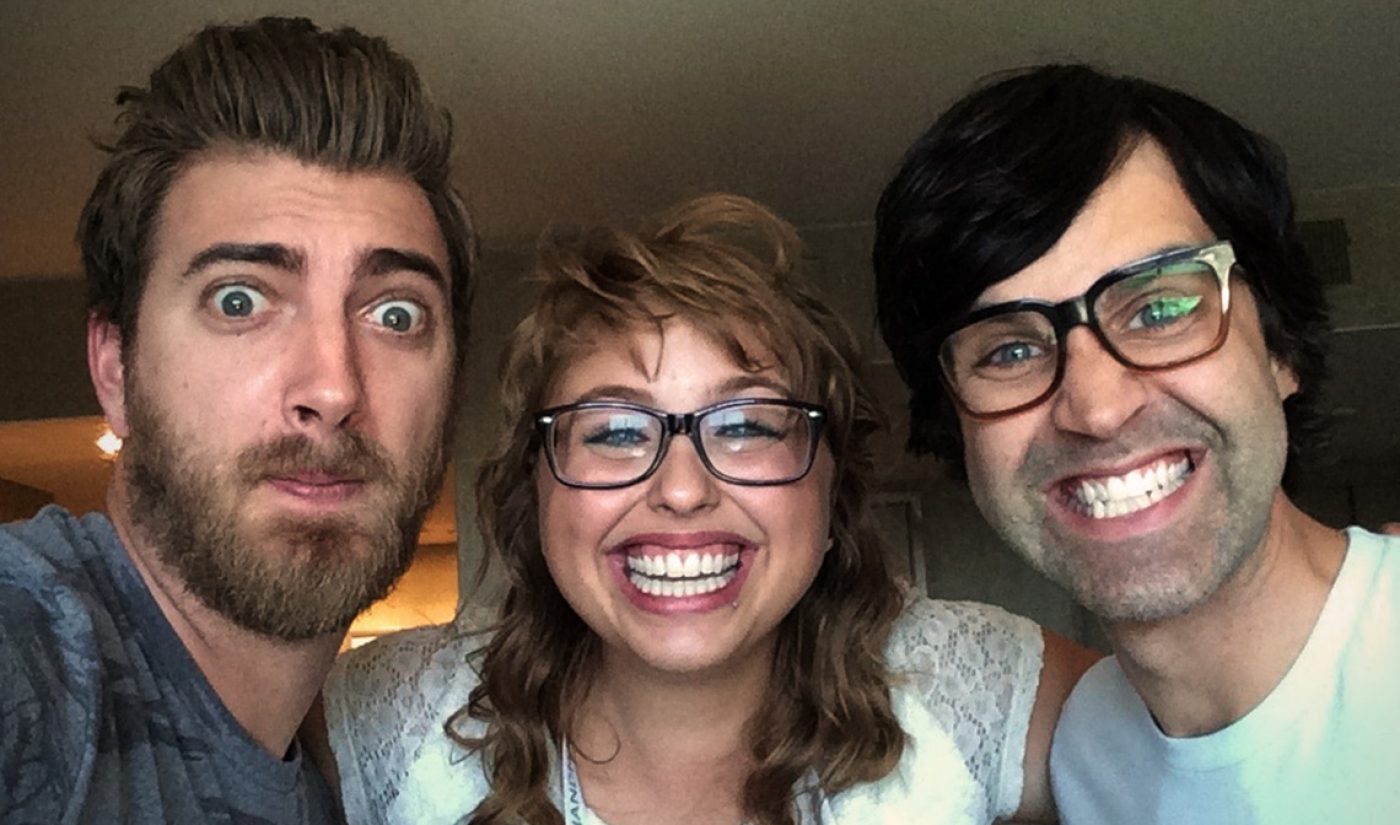 Out of all the podcasts led by YouTube stars, we’re particularly partial to Ear Biscuits, hosted by the inseparable duo of Rhett McLaughlin and Link Neal. Each week, we will bring you a recap of the latest Ear Biscuits episode, as well as an invitation to listen in and join the conversation.

Laci Green has found her niche. Thanks to videos she describes as “really frank” and “very friendly,” she has emerged as YouTube’s foremost “sexpert.” Her dedication to online sex ed makes for an interesting discussion, and she got deep into their details of her career when she sat down with Rhett McLaughlin and Link Neal for an episode of their Ear Biscuits podcast.

Green’s channel is founded on the principle that, when talking about sex, “there’s a lot of weird stuff, and it doesn’t make sense.”  From a young age, Green “felt at odds with a lot of the ideas I was being fed” by the Mormon community she grew up in, and as a result, she devoted herself to sex ed–not just to clear things up for her young viewers, but also for herself. When she talks about her target viewer, she references “younger me,” referring to a greener (no pun intended), more naive Laci. “Sex is a big part of your life as a teenager,” she said, “and I felt very ill-equipped to handle it all, so it became an interest of mine.”

The fascinating part of Green’s work on YouTube is the manner in which she has taken a subject that is often uncomfortable for tweens and teens and conveyed it with the same sort of charm and relatability other YouTubers use in their own advice vlogs. Her candor is a big part of her appeal; it’s what allows her to connect to her young audience. “My philosophy has become one that sexuality is a part of life, it’s natural, and it’s healthy. We need to be safe about it, we need to be real about it, and we need to arm people with information. Knowledge is power.”

And where better to arm viewers with knowledge than on YouTube? By buying into the hipness and slang of young Internet users, Green can effectively reach them. “You have to meet people where they are at with these topics,” she explains. “I want to speak the language.”

While Green’s videos have attracted a sizable audience, her career on YouTube has come with its share of hurdles. Most significant was her open crusade against prankster Sam Pepper and his sexually invasive YouTube videos. In confronting Pepper, Green was impeccably confident, but handling the situation was a struggle. “It was really awful,” she admits, “it was a really bad experience for me.” “I don’t like conflict,” she later added, “and I struggle with how to approach calling someone out.”

In the end, she did succeed at calling Pepper out, and she believes “the community learned the lesson,” but at the same time, she still believes there is room for the YouTube community to improve its relationship with sex and gender. “We need to have higher standards for ourselves,” she said, “and have more awareness about what kind of content we’re posting online…this is a new media platform that’s amazing and exciting. We have to be careful, or the patterns and the trends and the problems that are in traditional media will come in and affect this platform. We have this great opportunity. We have to be aware.”

Green will continue to help the community raise awareness, but she can’t do it alone. During the podcast, she reminds us of an important fact: “I’m just one human being.”

The full Ear Biscuit with Green is available on iTunes and Soundcloud.