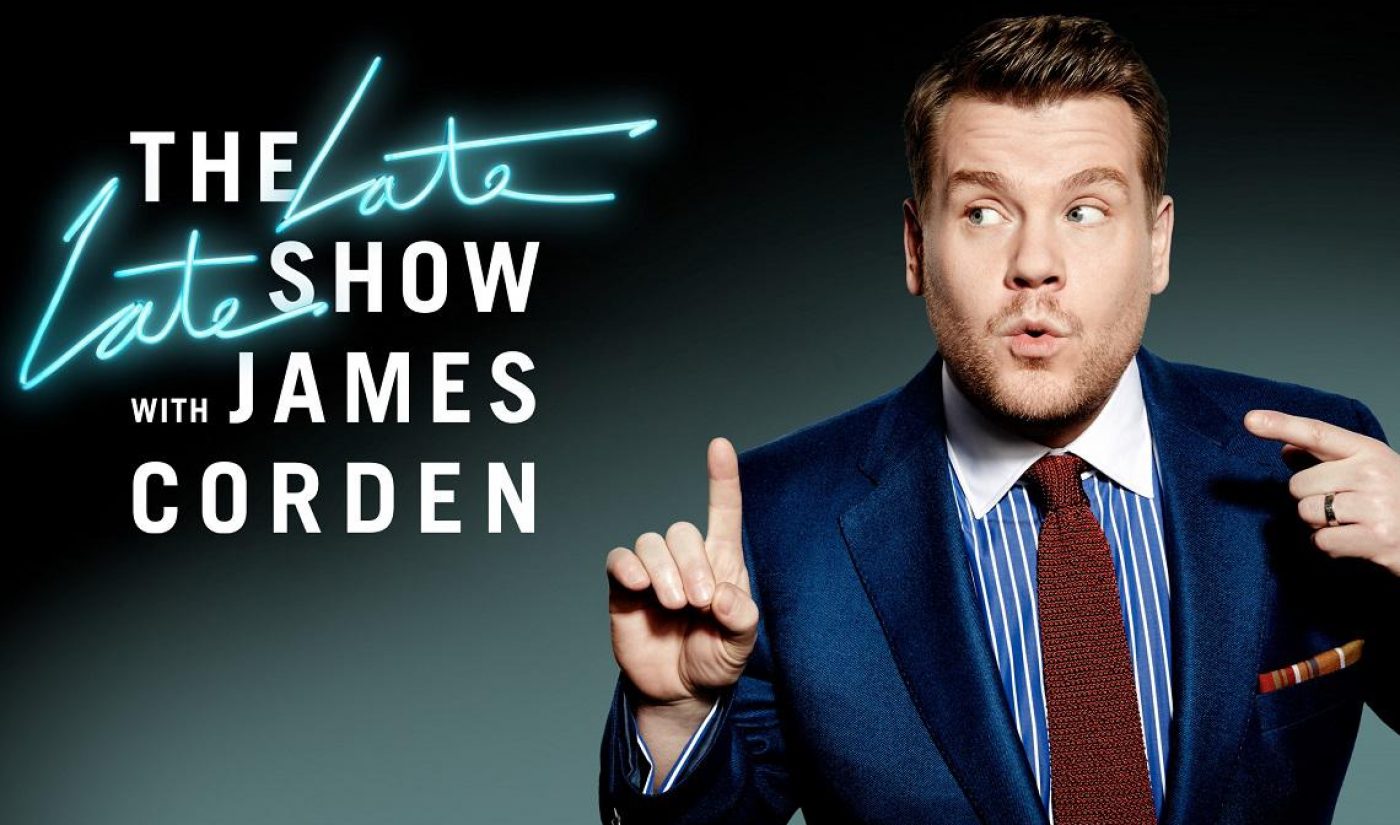 On August 21, 2015, CBS will air a YouTube-themed episode of The Late Late Show with host James Corden in celebration of the online video site’s tenth anniversary. Shot entirely at YouTube Space LA in Playa Vista, California, CBS and the Late Late Show crew made sure to pull in a bunch of famous YouTube stars for interviews and games, including Tyler Oakley, Jenna Marbles, Kandee Johnson, Epic Rap Battles of History, and the Slow Mo Guys.

The move to film a Late Late Show episode at YouTube Space LA is, to say the least, unusual for a major television network. But Corden told Variety the temporary move simply made sense, as it was a grateful nod to the more than 196 million collective video views and over 890,000 subscribers the show has garnered on its YouTube channel to date.

“We were so overwhelmed by the manner in which people were consuming the show on YouTube,” says Corden. “We thought, ‘Has anyone ever done a show from YouTube, celebrating all the stars they’ve created?’ When we realized no one had, we thought, ‘Right. Let’s do it!’”

But planning such a large production outside of CBS’s regular studio for the Corden-hosted late night talk show didn’t come without some of its own challenges. Variety notes it took CBS executives and the Late Late Show crew at six weeks to organize the shooting, book YouTube talent as guests, and plan the layout for the set and the schedule for the show so the entire production still resembled a Late Late Show episode, just with a bit of YouTube flair.

The Late Late Show team also wanted to make sure the content of the episode highlighted the importance of YouTube and the digital stars it helped foster. As such, the opening sequence of the show features an original song by David Javerbaum featuring Rebecca Black, who became (in)famous on YouTube from her pop hit music video “Friday.” Corden’s monologue covers the history of YouTube, and during the show’s bumper sequences (played before and after commercial breaks), Corden eats with animals, which are of course abundant in YouTube videos.

Late Late Show executive producer Ben Winston told Variety his team was also worried about how YouTube fans and viewers would receive the episode.  “There’s a worry when you do these things that the YouTube community would think it’s disingenuous, that we’re trying to placate them,” says Winston. “To see all these YouTube characters in the same room — for them even to meet each other — that was quite exciting to be a part of.”

Corden noted how TV has generally been “a little bit naive” and “dismissive” of YouTube stars. “Jenna Marbles and Tyler Oakley have amassed this huge following,” said Corden. “These people would have found a way to break through as avenues have been closed to them on television.” The TV host also explained how proud he was of the ambition of the Late Late Show team in pursuing the YouTube-themed and Space-filmed episode.

You can watch The Late Late Show with James Corden show celebrating all things YouTube on CBS and its related outlets on August 21 at 12:37 AM EST. Until then, you can check out some sneak peak photos of the special episode on CBS.com.