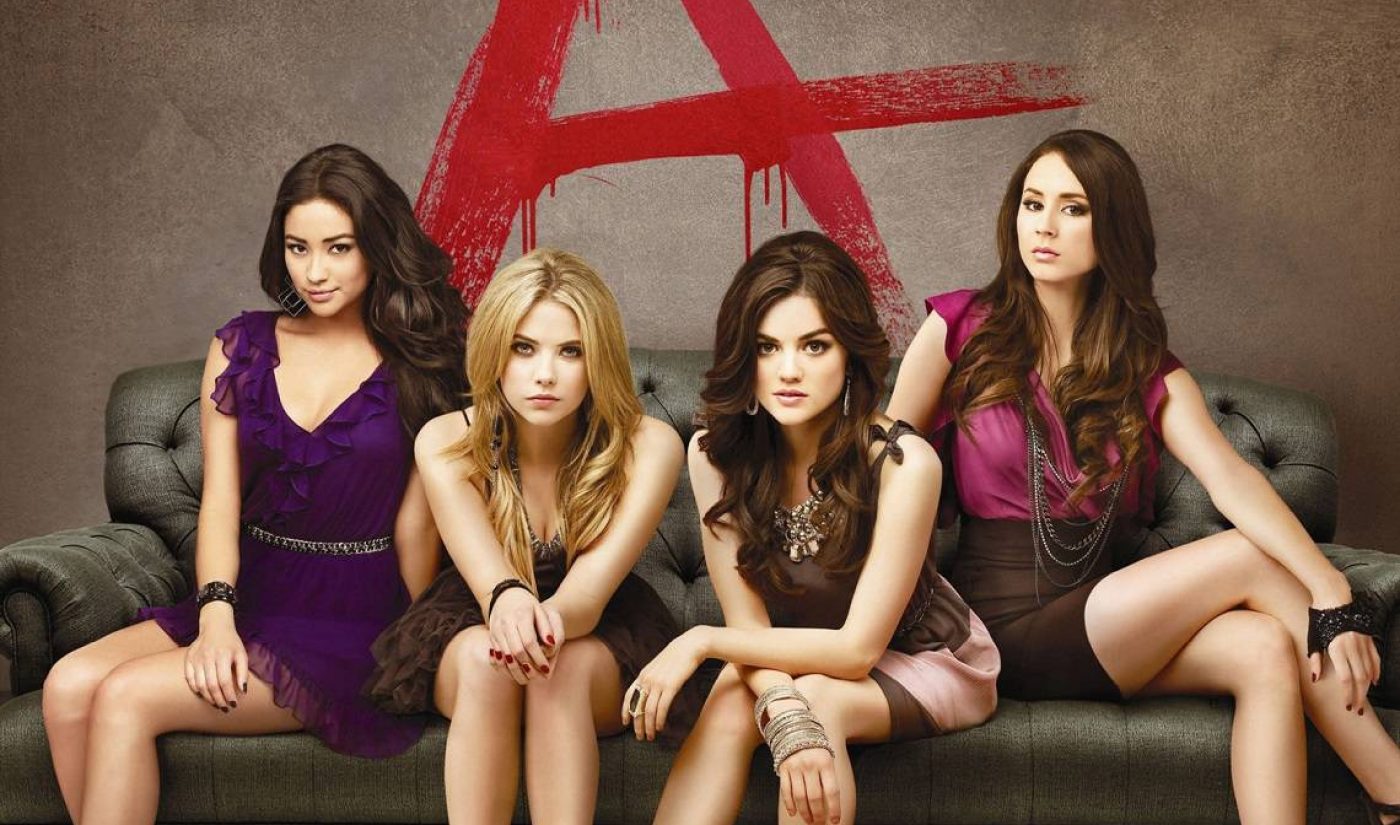 Benny and Rafi Fine (aka The Fine Bros.) have teamed with ABC Family to bring some supplementary Pretty Little Liars content to traditional television. The YouTube stars, who boast over 12 million subscribers on their main channel, produced a segment called Superfan Suite, which will air on August 11, 2015, during ABC Family’s Pretty Little Liars (PLL) marathon.

Starting at 12 PM EST, ABC will run The Fine Bros.’ Superfan Suite snippets between PLL episodes until the series’ all-revealing finale from 8-9 PM EST. A release calls the Suite the place for “fans to experience the ultimate insider’s look at their favorite shows.”

The Superfan Suite segments will feature behind-the-scenes facts, talks with ABC stars, and info-revealing games. Celebrity guests like YouTube star Ricky Dillon (who tweeted about how excited he was to talk about his favorite show) will also make appearances throughout the day. The PLL-themed Superfan Suite snippets are hosted by Stephanie Gray, Ashley Mova, Meghan Lamontagne, and Sinead de Vries.

i got to be on tv to talk about my favorite tv show :~) thanks again to @thefinebros for asking me to be apart of it!

The Fine Bros.’ are already quite familiar with making content for linear TV. Their wildly popular React series scored a full series deal at Nickelodeon dubbed ReactToThat, which premiered on December 15, 2015. The brotherly duo of digital stars has also landed a TV series deal with TruTV for a comedy show they’ll host about how everything in the world can be connected within six degrees; the aptly-named Six Degrees of Everything premieres on August 18, 2015.