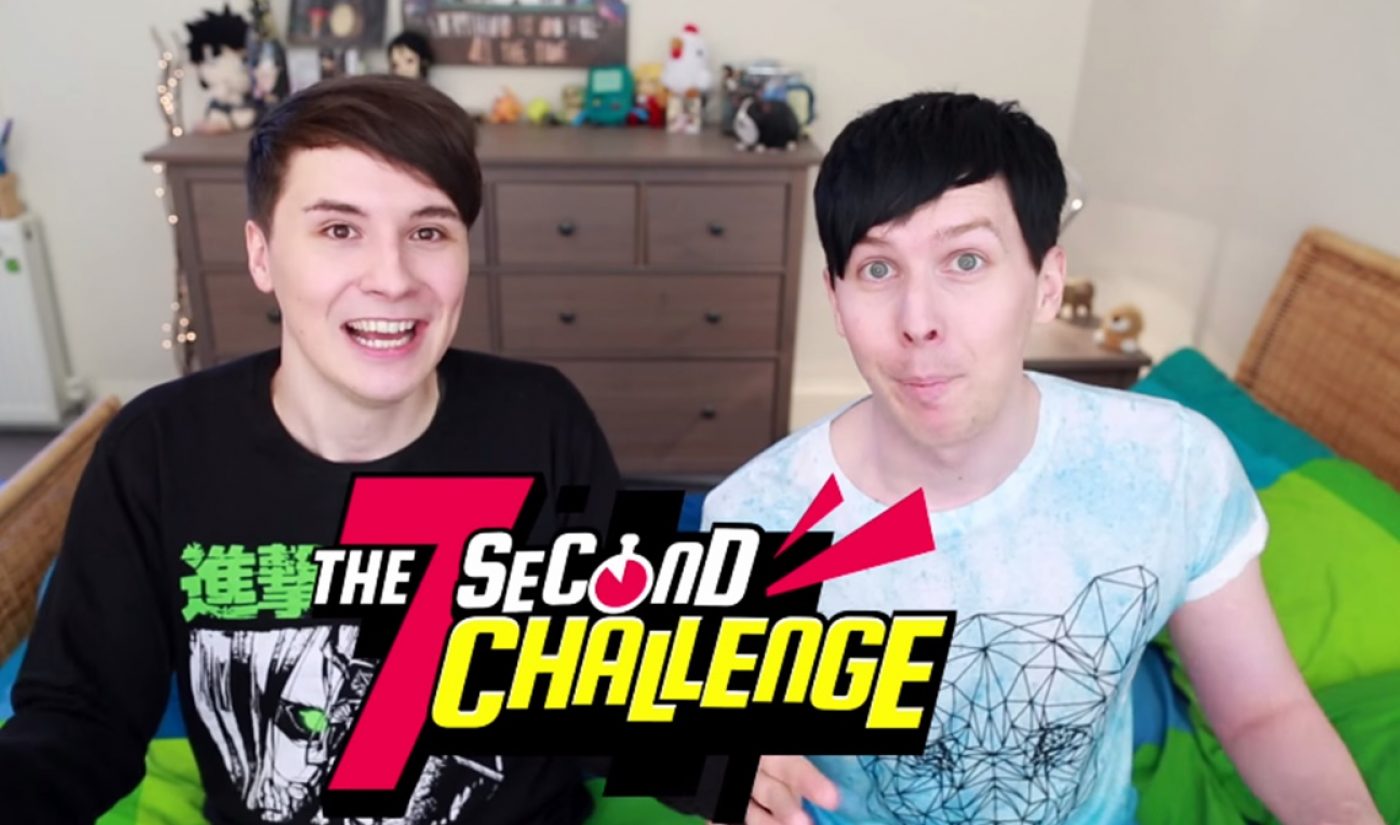 Two YouTube stars have launched an app that requires quick thinking. Frequent collaborators Phil Lester and Dan Howell are behind the 7 Second Challenge app, which presents open-ended questions and asks users to respond in seven seconds or less.

The app is based off a challenge Lester invented for a vlog he recorded with PJ Ligouri in 2014. In that video, prompts include “make an argument between a shark and a scuba diver that results in the scuba diver falling madly in love with the shark” and “sing a song about bricks.” The result was fun and improvisational, and it quickly spread across YouTube, with other vloggers offering their own versions of the challenge.

The new app will allow the Seven Second Challenge to widen its reach even more. Hundreds of prompts are included, and users can record their friends’ seven-second answers, which can in turn be uploaded to social media. In the first few days after launch, Lester and Howell are playing up the app’s sharable nature. They have asked fans to tag clips from the app with the hashtag  #The7SecondChallenge, and they plan to feature their favorite ones in their own videos.

While it has only been available for a few days, the 7 Second Challenge app already has a handful of high-profile users. Lester and Howell have posted a separate video in which they ask their fellow YouTube stars to respond to some of the app’s silliest prompts.

Plenty of Lester and Howell’s fans have already downloaded the app as well. They have left it hundreds of glowing reviews, and have surely cooked up their own hasty responses to the app’s absurd requests.