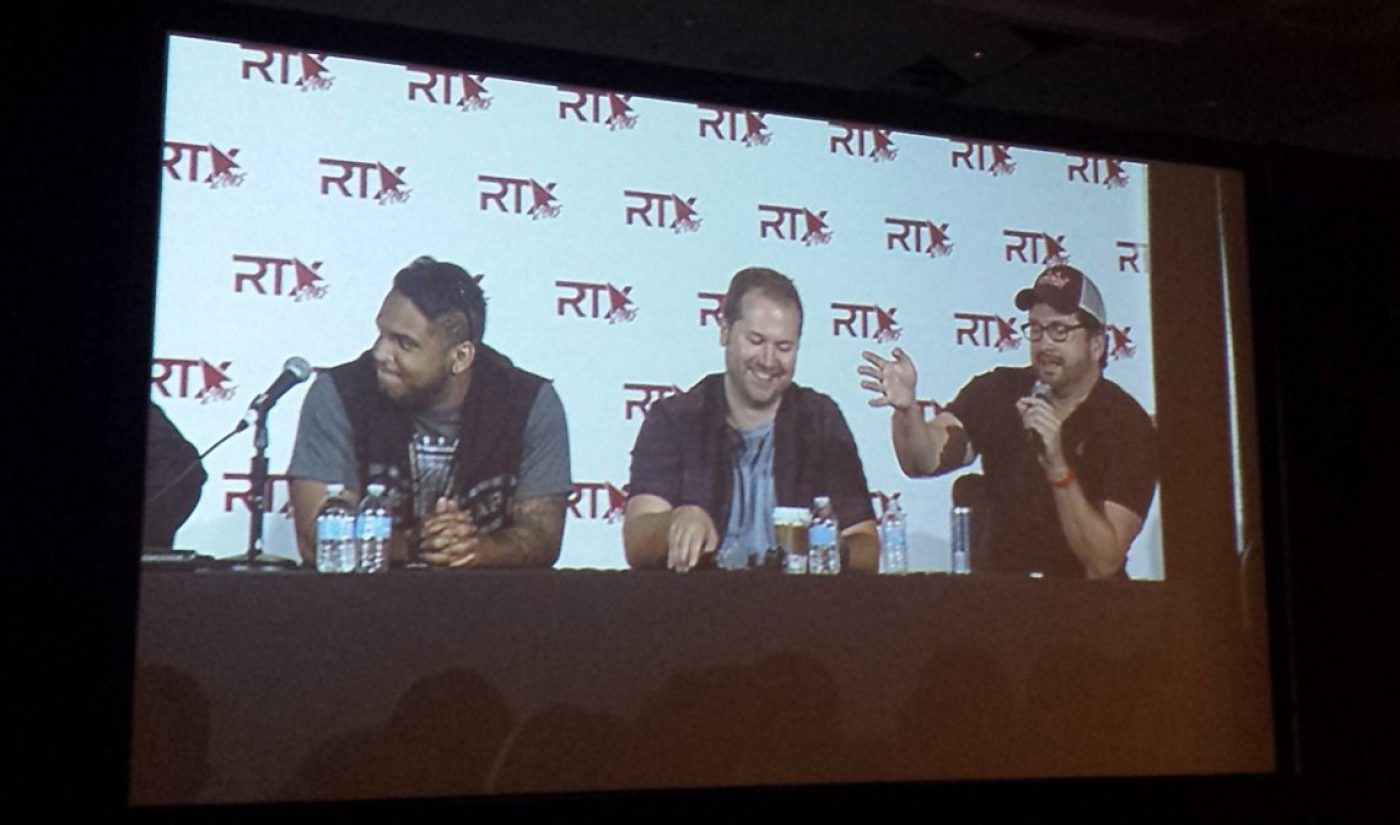 Rooster Teeth has exciting new updates concerning its popular and incredibly long-running Red vs. Blue (aka RvB) series. On August 8, 2015 at the company’s annual RTX convention , the cast and crew of RvB talked about the show’s upcoming fan guide and what season 14 of the web series that’s been online since way back in 2003 will look like.

Written by RvB‘s Eddy Rivas and Rooster Teeth CCO Burnie Burns, Red vs. Blue: The Ultimate Fan Guide will cover the entire scope of RvB’s history and more. The print iteration of the Halo-inspired, comedic, machinima sci-fi program will include an official story timeline, explanations of all the maps used to create the web series, character biographies, behind-the-scenes commentaries, and famous quotes from the show. The RvB team also revealed info about the show’s upcoming season, which won’t follow the overarching storyline and saga-style feeling of the previous 13 seasons. Instead, RvB director Miles Luna said season 14 will be function like an anthology, where each episode will tell a one or ore complete short stories focused on any one of the characters from the decade-plus’ worth of RvB programming. Episodes in the season will also be written by a variety of different creators and led by several different directors.

“Right now it’s just a plan,” Luna explained during the RvB panel. “I don’t see this going longer than one season.”

You can pre-order a copy of Red vs. Blue: The Ultimate Fan Guide from various retailers by visiting redvsbluebook.com. The book will officially be released on November 17, 2015. No release date has been set as of yet for season 14 of Red vs. Blue.