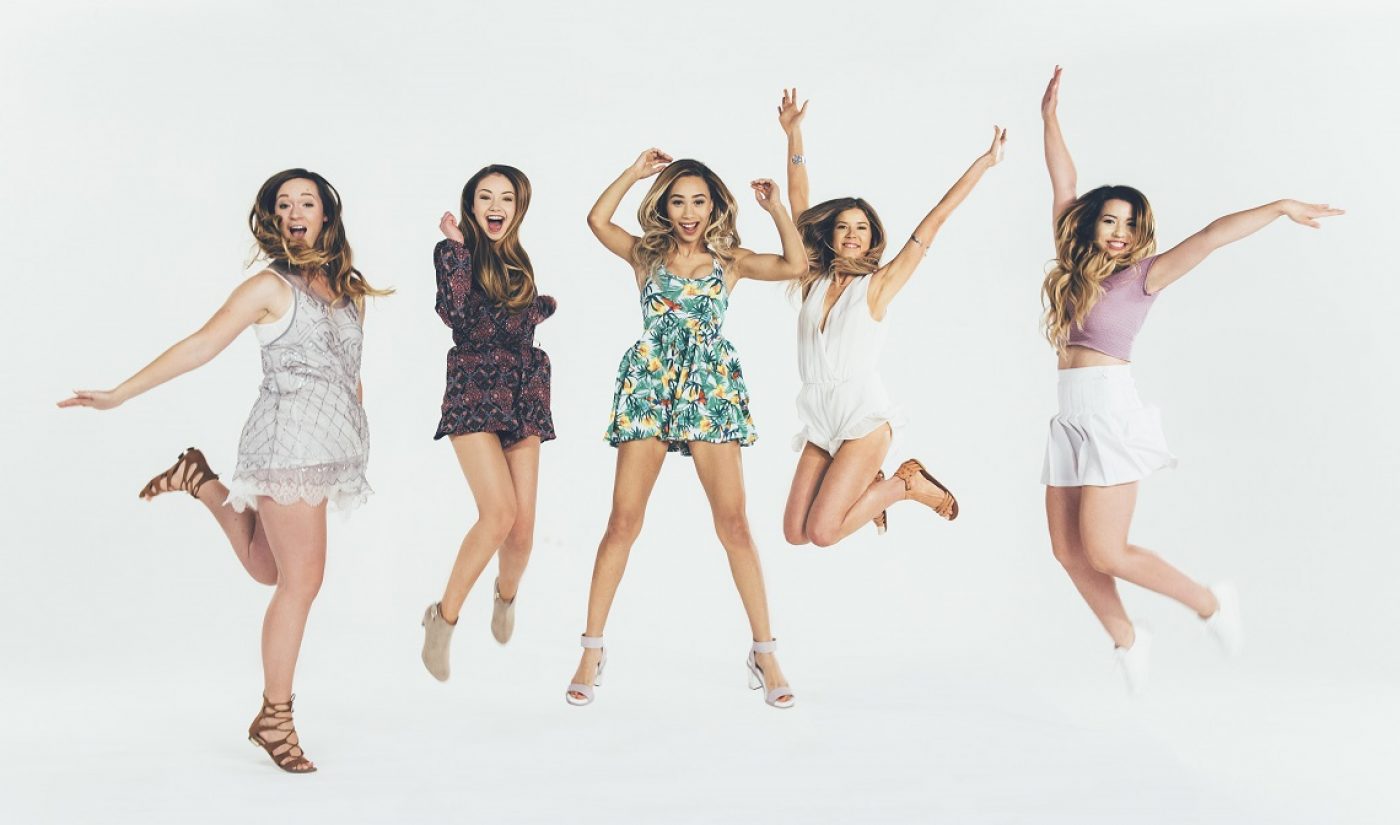 Fullscreen Live is bringing digital stars in front of thousands of their fans. The touring and events division of the YouTube multi-channel network, owned by AT&T and Chernin Group’s Otter Media, will feature YouTube celebrities like MyLifeAsEva (real name Eva Gutowski) and Meredith Foster in an upcoming live tour dubbed “Girls Night In.”

Lifestyle and fashion vloggers Meghan Rienks, Alisha Marie, Mia Stammer, and musician Andie Case will join Gutowski and Rienks on stage during the live event. Fans will experience performances and musical sets during “Girls Night In,” and will also be able to meet the six female YouTubers. The tour will be organized by industry veteran and Fullscreen Live lead Vito Iaia.

“These young women are entertainment powerhouses who each have incredible and unique connections with a passionate fanbase of over 23 million followers,” said Fullscreen President Ezra Cooperstein in a release. “Through tours and live events like this, we’re well positioned to enhance real-life connections between creator and audience.”

Fullscreen has previously hosted the live event INTOUR, which featured such YouTube and digital stars as Jack & Jack, Connor Franta, and JennxPenn. And Fullscreen isn’t the only new media entity bringing digital stars in front of live audiences at not-insignificant venues. DigiTour is an events company dedicated solely to live events with digital celebrities and with buy-in from investors Ryan Seacrest and Advance Publications, it’s doubled the amount of shows it will hold in 2015 over 2014.

Tickets for “Girls Night In” go on pre-sale at the various tour venues on July 30, 2015. The general public can purchase tickets starting the next day. “Girls Night In” kicks off September 22 at Anaheim’s House of Blues and ends 20 shows and a month later on October 22 in Dallas, Texas.