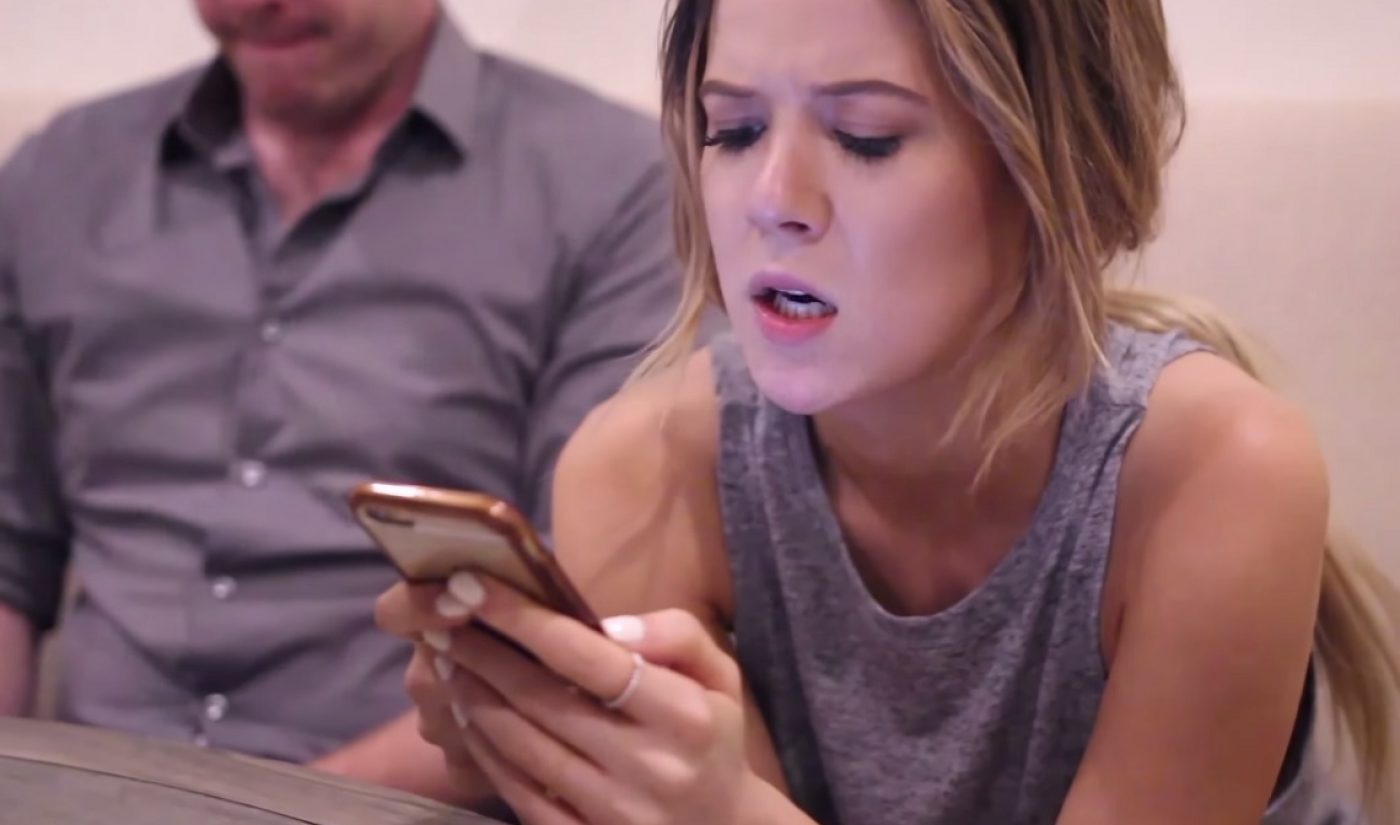 Meghan Rienks has released her own version of a very important public service announcement. The 21-year-old YouTube star, who boasts over 1.7 million subscribers on her channel, teamed with the non-profit organization Futures Without Violence and the Ad Council to create a video about teen dating violence for the Council’s “Cool Not Cool” campaign.

Rienks’s video, entitled “Relationship Goals vs. Relationship Fails,” shows viewers various scenes between a dating couple, with Rienks playing the role of the girlfriend. For each situation that’s considered “cool” (like Rienks’s boyfriend texting her a loving message), the opposite “not cool” side is shown (Rienks’s boyfriend sending her controlling texts). At the end of the video, Rienks implores her viewers to be “safe and comfortable” in their dating lives.

In addition to Rienks’ video, the Ad Council has created several other mobile-first initiatives for its “Cool Not Cool” campaign, which is part of a larger initiative about teen dating violence called “That’s Not Cool.” Alongside youth-skewing marketing agency Archrival, the Council launched CoolNotCoolQuiz.org, where teens can swipe left or right on their smartphone screens to choose whether or not presented scenarios are appropriate in relationships. Additionally, teens can follow “thatsnotcool” on messaging app Kik Messenger to participate in a promoted chat about acceptable digital communications when dating someone.

Rienks is the first YouTube star to partner with the Ad Council for its larger Creators for Good social awareness initiative. The initiative features various digital stars who make videos about a cause dear to their hearts, chosen from the Ad Council’s past roster of projects (which have covered issues like autism and “Friends Don’t Let Friends Drive Drunk”). Future Creators for Good Council partners include Justine Ezarik (aka iJustine), Grace Helbig, The Fine Bros., and Joey Graceffa.