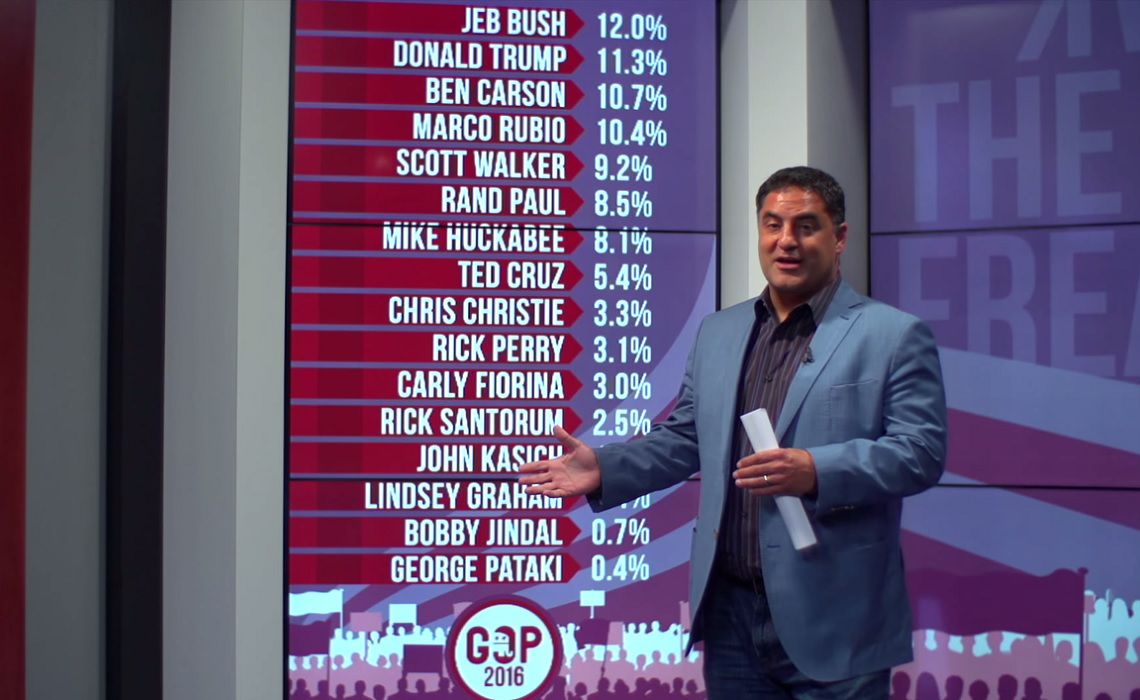 The Young Turks (TYT) has a couple of impressive milestones to celebrate. The progressively-minded news and commentary network has garnered over 2 billion total lifetime video views on its YouTube channel, and has launched its first-ever bracket-style political competition on its new mobile app.

The Young Turks position as one of the most popular news-based networks in online video has fueled its push to the two billion views milestone. The Young Turks currently boasts over 2.1 million subscribers on its YouTube channel. In addition, the progressive news network just launched its own studio thanks to generous contributions from its loyal fan base.

Along with a new studio, The Young Turks debuted its first dedicated app in April 2015 via app-building platform Victorious. Now, the network is using this app to host a NCAA-style bracket competition dubbed “The Freak Sixteen,” where TYT fans can vote on who they think will be the Republican candidate for the 2016 election. TYT CEO and host Cenk Uygur determined the competition seeding in a recent video. The top four Republican candidates will be revealed during TYT’s July 20 show, and the final nomination will be announced on the July 27 show.

Political junkies and TYT fans can download the network’s official app and learn more about “The Freak Sixteen” competition on The Young Turk’s website.