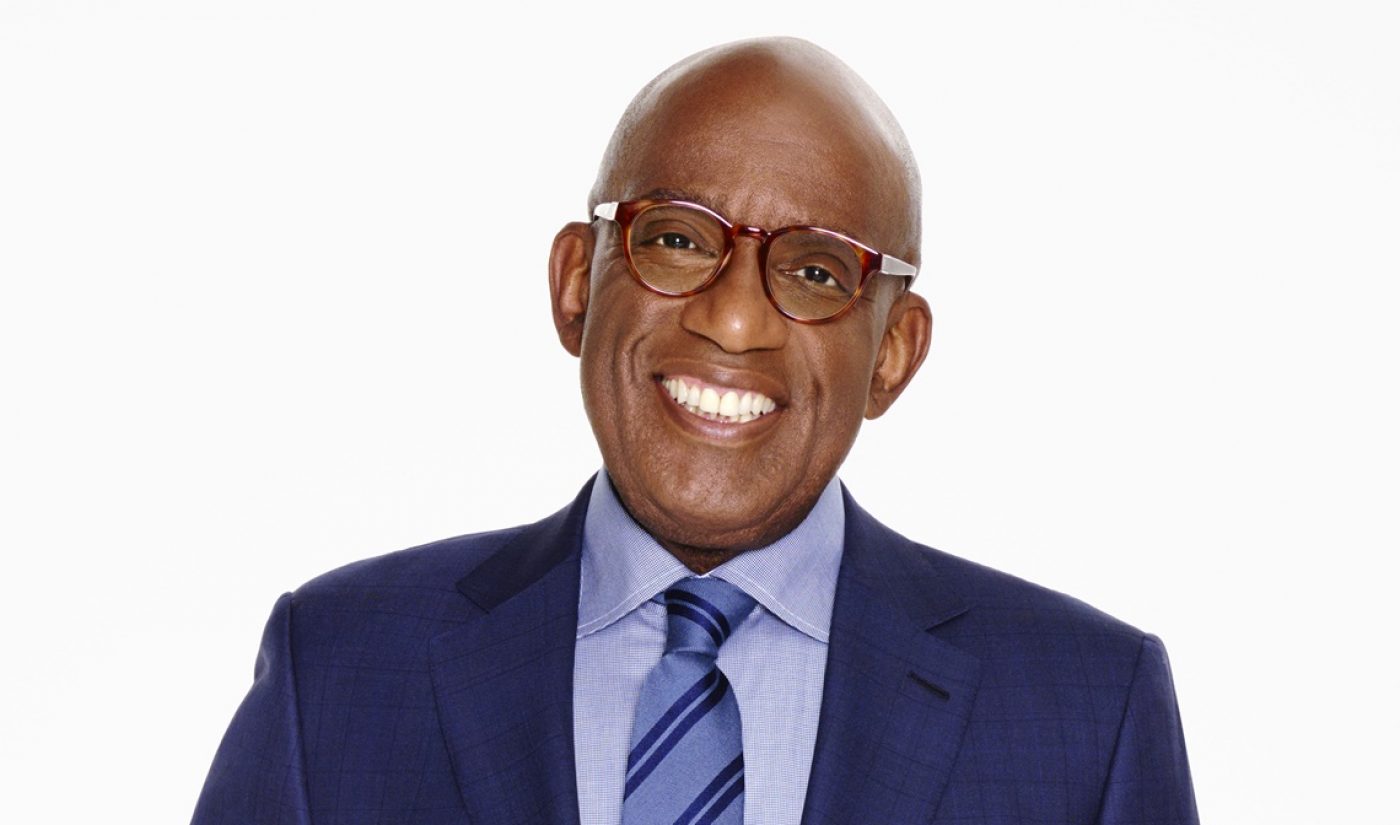 On July 14th, Tubefilter and LeftField Media announced Al Roker as one of the headlining speakers at the first-ever Industry Summit at Stream Con NYC. The famous weatherman and long-time Today Show host may seem like an odd choice for an event focused on the world of web video, but Roker has recently established himself as a forward thinker with a keen eye for digital media. We spoke to Roker  about the most exciting developments he sees in the ever-changing media landscape.

[Editor’s note: This interview has been lightly edited for clarity.]

Tubefilter: You’ve spent a long time in the traditional media world, which many people (especially within younger generations) see as a “dying” industry. Do you agree with that viewpoint, or do you see things differently?

Al Roker: Traditional media still is the place people go for a collective experience. Did someone say Women’s Soccer World Cup? Millions watched on traditional TV but simultaneously jumped on social media. When done right, they complement each other.

TF: What is the most important thing traditional TV networks, production companies, and studios need to do in order to stay current in an ever-changing digital media landscape?

AR: You cannot be all things to all people. Know your core. Sure, there’s a lot out there, but if you’re trying to reach 45-year-old dudes, do you need to be on Pinterest? Who are you targeting? Know which platforms serve your folks best.

TF: On the flipside, what advice would you give to a new media star who is looking to break into TV?

AR: Be you. Don’t try and be the next Oprah. Be yourself and stay consistent. My kids will tell you, I’ve been an embarrassment ever since they’ve known me. It’s who I am. Own who you are and make that an asset.

TF: A lot of YouTube stars come on The Today Show as guests. What do you think has caused this trend?

AR: I think it’s great two way street. The Today Show wants to tap into the huge, engaged audiences of these YouTube stars, and the YouTube stars in turn want to be mainstream, traditional personalities. I love it. They’re hip and happening and we love going to their spot downtown for the free grub.

Just like those of us who have gone in reverse order (TV –> digital), they are seeking new audiences and building relevance across channels. It’s once again an opportunity to build a surround-sound brand with an immediate, massive audience wielding tremendous purchasing power.

TF: The online video audience is still predominantly young. What do you think digital media companies need to do in order to attract the sort of older audiences that still primarily watch TV?

AR: I think there are more baby boomers engaged and watching social media than you think. We’re just not that vocal about it. Let’s face it, who among your dad’s crowd is gonna say, “Did you see that cat playing the piano?”

We like story, character and longer arcs. Your millennial craves the same thing but in smaller chunks. Finding that nexus where they can co-exist is difficult but not impossible. I think Jon Stewart and Jimmy Fallon prove that every night.

They must offer something compelling and unique from what is programmed for television. If it’s simply content replay, behaviors won’t change, nor will the audience. You must have a cross-channel strategy that requires the audience to find you in digital spaces and obtain unique value beyond what they’ll traditionally get on the tube.

Millennials are traditional TV consumers, but they watch in non-conventional ways and frequently in off-hours. For older audiences, digital producers must be great at storytelling, and a great story will never go out of style.

TF: You seem to be bullish on live streaming platforms like Meerkat and Periscope. Why?

AR: Live is fun. Live can also be boring. I love the challenge of taking the everyday and making it special. Anyone can be live. What do you, as a performer or a product bring to the platform that isn’t wasting my time?

It’s what we do for four and two hours respectively on The Today Show and Wake Up With Al on The Weather Channel. We augment that with behind-the-scenes, fun snack-size bits on Periscope and Meerkat. Again, complementing, not competing, because it’s pure, unscripted (for the most part), and organic. I believe live streaming is that connective tissue between traditional and social media.

I love being able to interact with my audience in real-time, unbound by subject or geography. It adds a personal touch to what we do every day on The Today Show or even Wake Up with Al. My audience can reach me directly and I can continue my conversation with them indefinitely. Though it’s highly complementary, it does require a unique skill set and a commitment to continual learning.

TF: Where do you see social media five years from now? What sort of new developments do you think will pop up?

AR: Five years from now? How about five months from now? Six months ago, did you know Periscope or Meerkat? But whatever comes next, it will only stick around if it complements the conversation or advances it.

I can’t predict what’ll be the next best app, the next Periscope, Meerkat, or Snapchat. But if you boil them all down, they’re really only slight variations on human dialogue. I suspect the changes we’ll see will be consistent with what is happening today – more speed, higher-quality media, and ubiquity across devices.

TF: What do you hope attendees take away from your Stream Con presentation?

AR: Besides the sheer animal magnetism and unconventional good looks, I want them to realize that what makes for compelling, interesting mainstream media is the same thing that will bring people to whatever screen they are watching. People like watching people, connecting with people. It’s how we’re wired.

I hope they pick up a few tips and tricks on how to engage an audience with live video. How to ensure your message and subject matter are authentic so live streaming doesn’t become another flash-in-the-pan trend. Perhaps they’ll leave inspired by a guy who didn’t settle, an adapter whose fascination with new media and technology has helped him connect with audiences his age, his kids’ age, and everyone in between.

TF: Finally, what’s next for you? What digital projects do you have planned?

AR: We (Al Roker Entertainment) have some big plans on the horizon. We love creating original programming and branded content for television, but we’re also always exploring innovative concepts designed specifically for digital media and live streaming channels. We are going to have some fun in this area soon, so keep up with me on Twitter, Periscope, Meerkat, Tumblr, Facebook and smoke signals, telegraph and carrier pigeon and be the first to know!